How do scientists decipher the language of dolphins 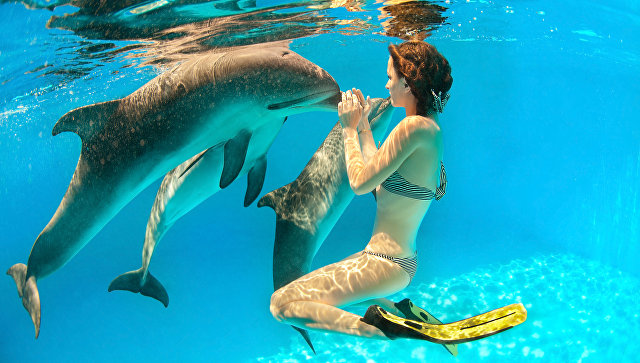 Hunting for shoals of fish, sending forward scouts in search of prey and getting into the “youth gangs”, causing horror on the relatives, dolphins coordinate the actions and somehow agree with each other. Scientists suggest that they communicate using pulse-tone signals, whose structure resembles word formation in human languages. Is it possible to call a system of such signals by language and when will it be deciphered?

In the 1970s, the American neurophysiologist John Lilly, who devoted his entire life to the study of dolphins, called for granting these animals the right to be represented in the United Nations as a “whale people.” His interests could be defended by specialists working with dolphins – while marine mammals and humanity will not learn to understand each other better.

Lilly, of course, was a great original – making those or other sensational statements, he often could not back them up with scientific data. But many of his conjectures about the intellectual, communicative and emotional abilities of dolphins were subsequently confirmed by other researchers. In addition, it was he who first suggested that dolphins have their own language – and this is the “whistle language”.

“In the middle of the twentieth century, they found out that dolphins do communicate with each other with the help of sound signals – whistles, but when these whistles began to be understood, it turned out that most of them are individually identifiable, peculiar sound” autographs “of dolphins. , in bottlenose dolphins, “- says a researcher at the Marine Mammal Laboratory of the Institute of Oceanology. P. P. Shirshov RAS Alexander Agafonov. 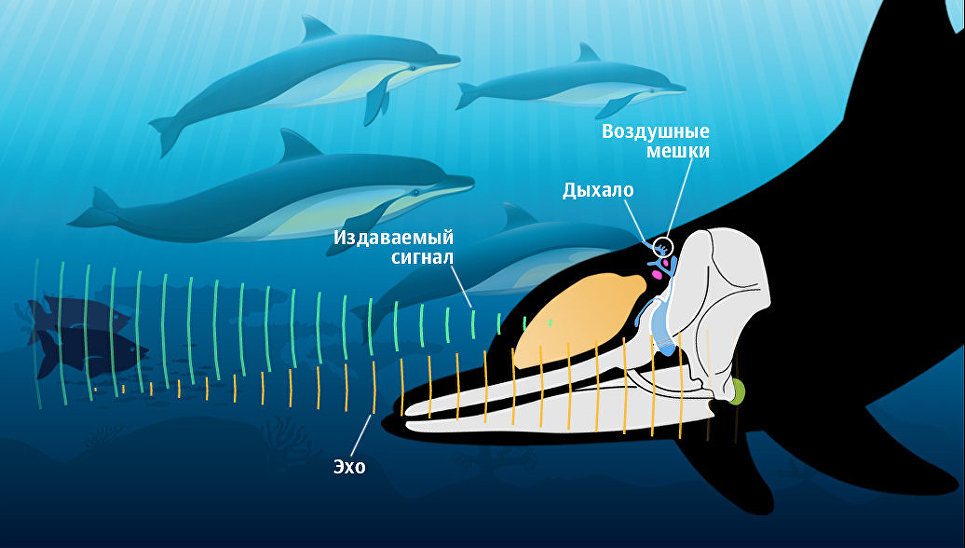 The dolphins have only three types of signals: clicks, or broadband pulses used for echolocation; whistles, or tones, by which animals locate each other; pulse-tone signals, probably intended for the transmission of complex information.

Floating, the dolphin periodically whistles his call sign, so that the rest of the relatives know where he is. Those, in turn, can answer it with their own “autographs”. So sea animals determine the location of members of the community, and hear each other at a distance of several kilometers.

Individual sound “autograph” is formed in the dolphin in the first months of life and then does not change. Therefore, Russian scientists decided to use these call signs to account for the population of the Black Sea bottlenose dolphins – in other words, to count them by votes.

“Sound is an ephemeral concept, it was sounded – and there is no such thing as how to work with it.It is most convenient to visualize it in the form of a graph: one time axis, that is, a duration, and the other is the frequency (height) of the sound.This is called a spectrogram (or sonogram ) Signal “Autograph” is displayed as a characteristic curve, individual for each dolphin.With these images we also work, after all, so you can hold the sound in your hands, “explains Alexander Agafonov.

Researchers have already identified about a thousand dolphin callsigns – about as many bottlenose dolphins now live near the Crimean coast. According to Agafonov, if we extrapolate, it turns out that in the Black Sea no more than five thousand individuals – half as many as thirty years ago.

Coordinate the hunt, send the scout

“After it became clear that whistling is the name of a dolphin, it would seem that the issue with the language has been exhausted.” This is a closed communication system, and in our understanding it can not be considered a language. “That is, whistles are very valuable, but some other information The dolphin’s locations are not capable of transferring, but we have repeatedly observed how the bottlenose dolphins co-ordinate the joint hunting for fish, send them to the shores of the scouts, get lost in the “gangs” – in general, they conduct a rich social life, exchanging information at the same time. Here we turned attention to another type of signal, possibly used by dolphins for communication, is pulse-tone, “the scientist continues. 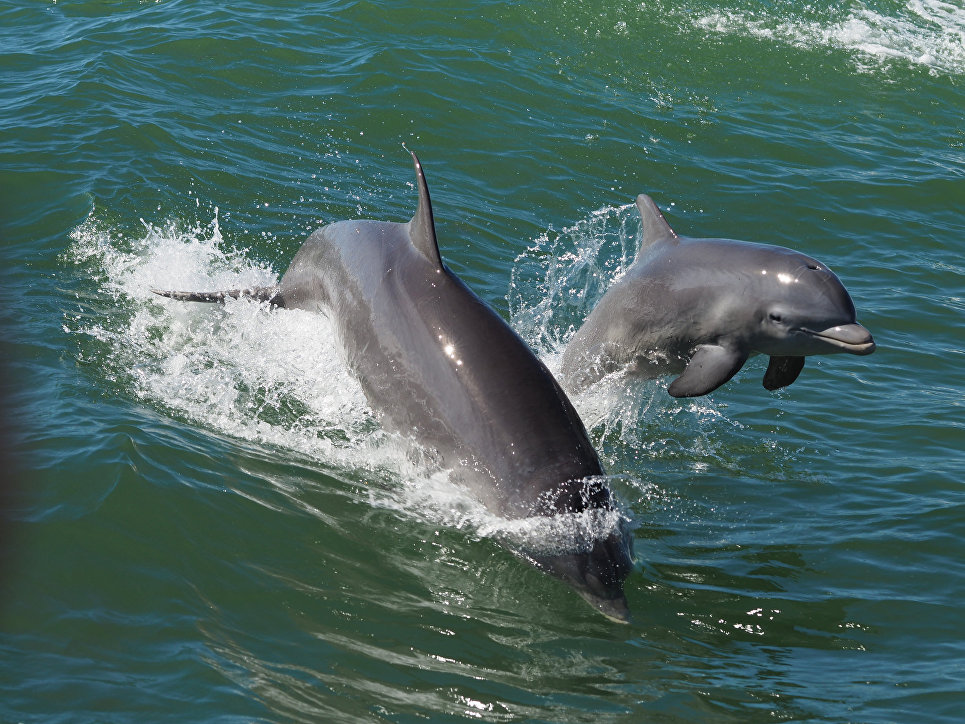 In some species of dolphins, mothers use a special “children’s tongue” to communicate with the cubs and help them move about by placing water in a stream behind them. Due to this the speed of the cub increases by one third.

In the sounding reef of the bottlenose dolphins, forty per cent of the sounds are whistles, the rest are pulse-tone signals, which are sequences of pulses with a frequency of 150 to 600 per second. People are perceived by hearing as a change in pitch. Duration of pulse-tone signals – from fractions of a second to several seconds. In each, you can select simple elements, and the longer the signal, the more such elements in it.

“It becomes clear that pulse-tone signals are combinations of units of different levels of complexity, similar to those in human languages, where the minimal unit is a phoneme, morphemes are composed of phonemes, morphemes are words, and words are already sentences. It seems that if such a communicative system was opened by a tribe of people, then they would shrug their shoulders and announce that it was such a system of language and would become decrypted but here it’s about dolphins, so it’s not so simple, “says Alexander Agafonov enthusiastically.

Linguists are rushing to the rescue

Scientists suggest that in these signals, indeed, some fairly complex communicative system can be concluded. Trying to decipher it, marine biologists turned to linguists for help.

“In my opinion, methods of structural linguistics are needed here – in order to identify the minimal units (similar to the phonemes in the human language) from which the larger elements are composed, in this we are helped now by the well-known linguist-Indo-Europeanist Svetlana Burlak, dealing with the origin of the human language,” – explains Agafonov. On the other hand, the project involves employees and students of the Moscow Institute of Physics and Technology. Their task is to develop a computer program that could help biologists describe pulse-tone signals in a formal way, compare them and identify similar elements. 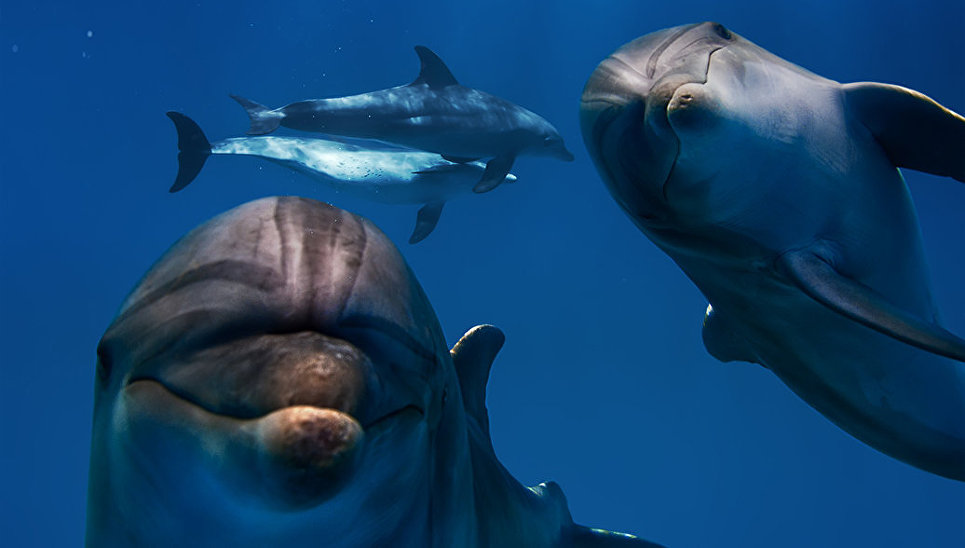 The sound repertoire of bottlenose dolphins is 60 percent composed of pulse-tone signals. In each such signal, scientists single out the constituent elements of it, presumably playing the same role as phonemes in human languages.

“But the main thing is to carry out an experiment in which one bottlenose dolphin would transfer some other information given by a person and that would react in an appropriate way. When this happens, we will be able to understand how the communicative system of dolphins is built, and then we will try enter into a “dialogue.” While, of course, talk about this early, although I really want to, “- smiles Alexander Agafonov.