How does a solar eclipse affect the body? 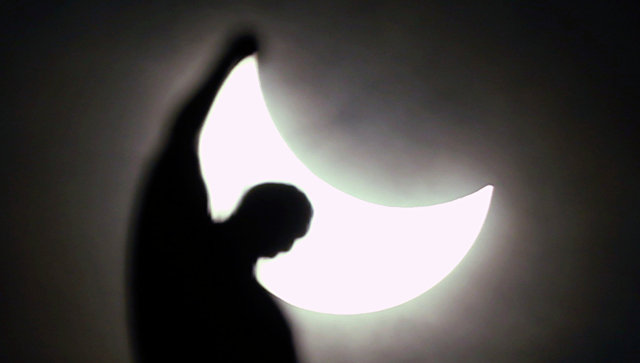 A solar eclipse does not have a serious impact on a person’s physical health, but can affect the psychoemotional state, triggering an unconscious sense of anxiety, the surveyed experts said.

A total solar eclipse on August 21 will be observed by residents of 14 US states, for the first time in 99 years this natural phenomenon will cover the continental part of the country from the west to east coast. According to the US media, in total darkness, mostly sparsely populated areas will be drowned. In Washington, at the peak of the eclipse, which is expected at 14.43 (21.43 Moscow time), only about a fifth of the sun will be visible.

To overcome the alarm by curiosity

Psychiatrist-psychotherapist, associate professor of the Moscow Institute of Psychoanalysis Vladimir Fainzilberg told RIA Novosti that a solar eclipse has long been an alarm not only in humans, but also in animals.

“Anxious becomes without sunlight all living things.” Animals start to worry: small insects seem to freeze, and larger ones start to fuss and seek some kind of shelter, “the expert said.

A person, in his words, can experience an unconscious feeling of alarm during a solar eclipse.

“A man is worried, he raised some pressure, there is a feeling of anxiety, a feeling of some inner mental illness, dissonance In fact, it states that a person experiences before he formed some sharp neurotic condition -. Then, Which in everyday life is called a neurosis, “said Feinzilberg.

As the doctor told RIA Novosti, similar feelings are experienced by some people who find themselves in an unusual habitat – for example, on the Dead Sea with its unearthly, “lunar” landscapes.

“I experienced similar conditions when I was in the desert of the Sahara, in which you can see as much as you can see – only sand and nothing more,” the source added.

Файнзильберг has declared what to overcome alarm simply – enough “to wake in itself interest” to such unusual natural phenomenon as a solar eclipse.

“These feelings – curiosity and interest – they are able to absorb this element of anxiety I used to remember, smoked glass slides, and now there are sunglasses, and more sophisticated monitoring devices.” – said the doctor.

The body will not be affected by

Chairman of the Problem Commission “Chronobiology and chronomedicine” RAMS, Head of the Laboratory “chronomedicine and new technologies in the clinic of internal diseases” First MGMU Sechenov, Professor Semen Rapoport explained RIA Novosti that the eclipse does not last long, so the physical condition of the body can not affect.

“Changes in the body of any living being is a long process, and the short-term period that occupies a solar eclipse can not really affect these mechanisms,” Rapoport said.

He noted that the psychological state of man this natural phenomenon can affect “as much as a person believes in it.”

In turn, the chief expert on medical MoH MoD Prevention, National Health League expert Ekaterina Ivanova told RIA Novosti that the discomfort meteodependent people, as well as those who suffer from endocrine and cardiovascular disease, are able to deliver a sharp weather changes and strong magnetic storms. According to the doctor, this is due to the fact that the cardiovascular and nervous systems can not quickly adapt to the sudden change in weather conditions.

“As for the eclipse – it does not matter, the moon or the sun – one way or another, if they do not there is an emergency electromagnetic emissions therefore influence they can only psycho-emotional state of a person.” – said Ivanov.