How does Hyperloop work? 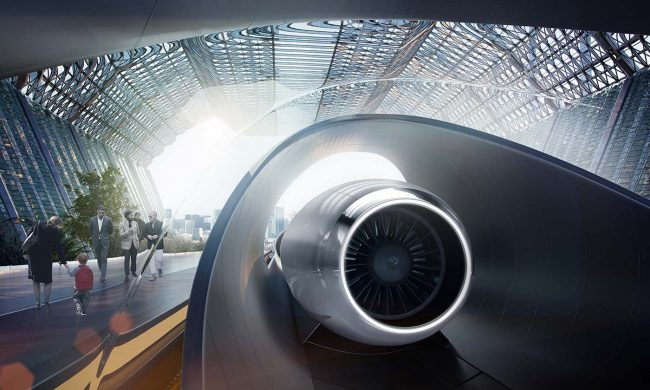 Ilon Mask, the billionaire-founder of PayPal, a favorite of the public and a talented businessman of modern times, pleases the world with electric vehicles Tesla Motors and space flights SpaceX. Most recently, Mask set out to significantly reduce the time of travel on this planet, introducing the concept of the use of missiles for passenger traffic. But even earlier he wanted to shorten the travel time between Los Angeles and San Francisco to 35 minutes. Therefore, he proposed to build a high-speed transportation system that will allow people to overcome 1,223 kilometers per hour: Hyperloop.

At first it seemed that the idea was absolutely fantastic. And there is. But if he succeeds, the futuristic Hyperloop will replace the trains and make a revolution in transport, as did the locomotive, car and airplane. The only problem is that no one knows if Hyperloop will work and how much it will actually cost to build it. Although the development is underway and active.

Mask says that the price for the project is $ 6 billion. But many refer to these figures skeptical. Some experts say that such a money can not be built even a decent-sized bridge. Moreover, in California, for example, the plan is to build a much slower railway system between two cities worth 60 billion dollars. It was this proposal that prompted Mask to introduce Hyperloop. The California plan, as Musk wrote in the 57-page technical document published on the SpaceX website in August 2013, was too expensive “for one of the slowest trains in the world.” That you understand, this train will be able to gain speed at 322 kilometers per hour.

Regardless of the price and complexity of creating an almost supersonic land transportation system, Mask says that Hyperloop is something between the train and the plane. In many respects, this is how to travel in the pool through the shotgun barrel with the help of technology from the game of air hockey. Mask believes that Hyperloop will work. But how?

In the world of Ilona Mask Hyperloop will become the “fifth type” of transport, not including planes, trains, cars and ships in the mechanized movement pantheon. Mask wants people to travel in beans (just like in the bobsleigh, only more), which will sweep with their entourage through steel pipes mounted on pylons or pillars designed to survive the California earthquake. These pylons, made of reinforced concrete, will be spaced for every 30 meters (or so) and will be 6, 15 and 30 meters high depending on the terrain.

What plans are proposed by the engineers to implement the Mask? Most of them are failed for a number of reasons. For example, they offer to equip Hyperloop with powerful propellers, which will push beans like a pneumatic post. Mask notes that although such giant propellers can be done, it is impractical, because at a 563-kilometer stretch with such rapid movement in the air column, the resistance inside the pipe will be colossal and it will be impossible to reach the desired speed.

Also, vacuum tubes with an electromagnetic suspension, like the one used in the motion of the maglev, are excluded. The fact is that it will be too difficult to create an ideal vacuum in the pipes, especially if thousands of beans enter and leave them daily. Moreover, aluminum pipes can crack or leak, and therefore depressurize.

“Just one small crack somewhere on the pipe hundreds of miles away – and the whole system stops working,” wrote Mask.

Another technical problem is that the bean moves through the pipe with air. Mask says that if the walls of the pipe and the bean are sufficiently close, “the capsule will behave like a syringe.” In other words, the bean will push the entire air column in the system, rather than skip it. As a result, the bean will move very slowly or the engineers will have to build a massive pipe.
The solution in the style of Ilona Mask 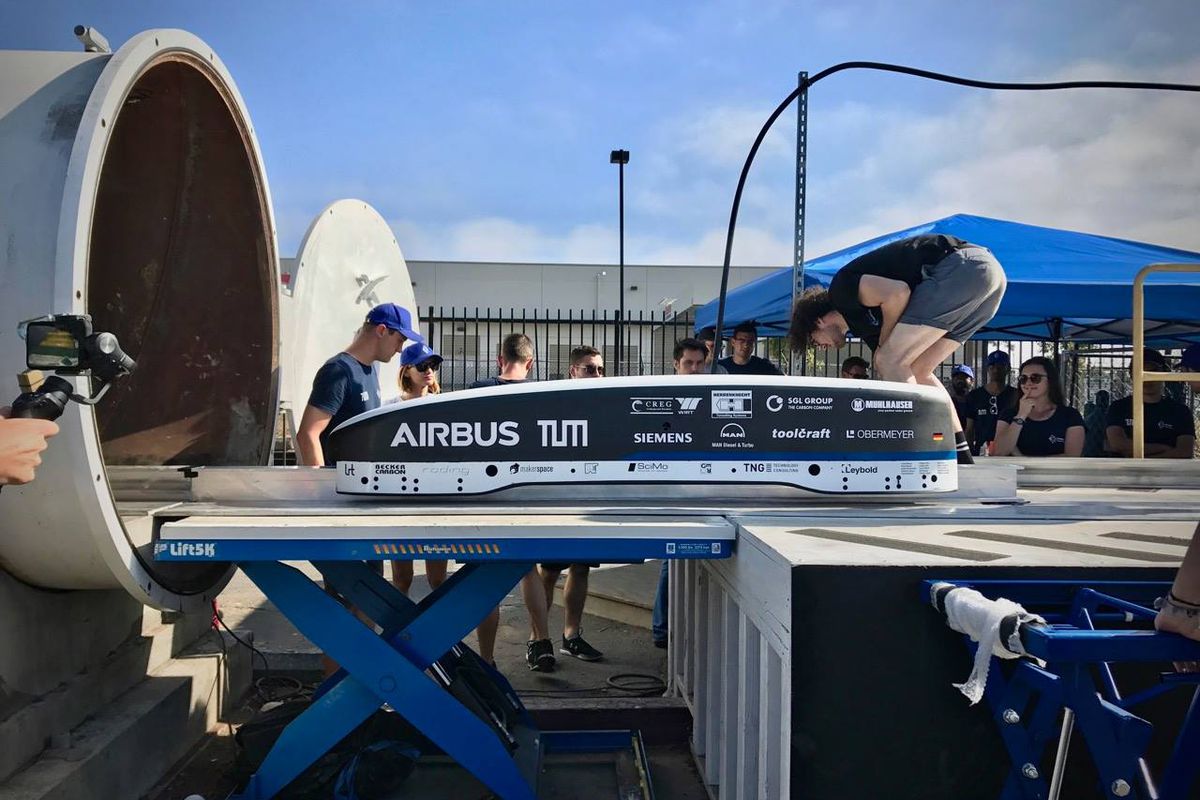 The list of problems seems endless. But Mask, an inventive innovator, attracted a team of engineers from Tesla and SpaceX to find a solution. They proposed to raise two pipes (one to the north, the other to the south) and reduce the air pressure inside.

The theory is simple: jet aircraft fly at higher altitudes through less dense air, and the resistance decreases. Team Mask decided that the air pressure inside the system should be six times less than the pressure of the fine atmosphere of Mars, which will greatly reduce the resistance of the accelerating beans. In addition, placing Hyperloop along the interstate highway I-5 in the US will reduce costs, as it will not be necessary to buy land from people living along the route.

They also made the bean heart system, so that the pipe was the least technologically advanced. The plan is to design a bean with metal skis that roll, or levitate, on a cushion of air pumped through small holes in the skis. The concept is similar to the game of air hockey, except that air accumulates due to high-speed movement of the bean through the pipe, and super-power electric compresses in the front of the bean pumped air into the rear. Magnets on skis paired with an electromagnetic pulse give the bean the first impetus familiar to you on trains. After that, the sensation of speed will disappear.

Linear induction motors that receive energy from magnets and conductors will be placed at different points along the tube and provide the bean with a stable motion. Emergency outlets will also be established along the pipe. The pipes themselves will also house solar panels.
See where you’re going

Mask promises that beans will be comfortable and safe. They will move on Hyperloop one by one, depart once every 30 seconds or so, and move an average of 37 kilometers apart. Passengers will be able to enter and exit at each end of the pipe and through branches along the pipe. Each passenger bean will accommodate 28 people sitting 14 people in two rows, together with the luggage compartment at one end. Large containers can accommodate the car. Passengers will pay 20 dollars for a one-way ticket.

After getting rid of baggage, passengers will have to sit in armchairs, fasten their seat belts and stick to their personal display for 35 minutes. Even the toilet does not go – it will not. And since the cabin will be very close, traveling in this way will not suit people suffering from claustrophobia.

Will Hyperloop work? Who knows. Test sites are already being built and tested. Mask thinks it’s possible, people believe him. Jim Powell, who was one of the creators of the maglevs – trains that can accelerate to 581 km – told The Verge that Mask is right that he wants to make the whole system into a pipe. He says that there will be too much friction in the open system. And friction can be a problem even in the hermetically sealed Hyperloop pipe.

Moreover, it is best to build a Hyperloop pipe in a straight line. Powell says that if the path is too tortuous, the passengers will be sick.

While many agree that the technical problems of creating Hyperloop can be solved, few are asking about the price. 6 billion dollars – too weak a price tag for a project of such magnitude. In this case, Mask does not want to spend his own money and hopes that others will be able to make a breakthrough for him. Maybe you should try your luck?