How does the brain function under the influence of “acid” 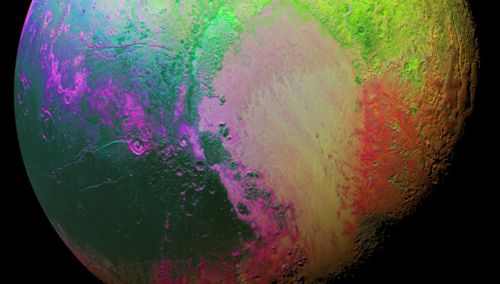 Biologists first examined the changes in the brain under the influence of the famous “acid” is lysergic acid, find that it affects serotonin receptors in the cortex of the brain responsible for “feeling myself.”
“When the volunteers received LSD, the music that they considered meaningless, suddenly began to acquire a deep personal meaning. It seems that the LSD molecules act on a chain of neurons in the cortex at the border between the hemispheres of the brain that controls consciousness and human failures which lead to the development of schizophrenia and other disorders,” explains Catherine Preller (Katrin Preller) from the University of Zurich (Switzerland).

LSD, lysergic acid diethylamide, or “acid,” was accidentally created by a renowned chemist albert Hoffman in 1938 during the experiments with the spores of a parasitic fungus ergot. Initially LSD was to be used as a treatment for schizophrenia, but the acid quickly became popular psychedelic substance among youth in the 60’s of last century.

The main feature of LSD is that this substance causes no euphoria or relaxation, such as cocaine, heroin and other drugs, and radically to change the perception of the world sending has used his in the “supernatural” or “alien” world. As shown by mass “experiments on myself” in the 60’s, LSD can cause both positive and negative changes in the human psyche, which almost all countries have banned its circulation and production even for medical purposes.

Preller and her colleagues conducted one of the few legitimate experiments with the use of LSD, trying to figure out how to appear “alien” patterns in the mind of Psychonauts and other lovers “acid”. To do this, scientists gathered a group of several dozen volunteers who already had experience of reception of this substance, and offered them free to participate in yet another acid “trip”.

The only condition was that each volunteer had to call three dozen of your favorite and least favorite music, and choose each of them is the most important section of a length in 20 seconds. After that, the scientists gave them two pieces of paper, each of which could be any of the three substances – LSD, a substance that supposedly block the action of acid, or plain water.

The psychedelic secrets of space

Watching the brain work wards with the help of magnetic resonance imaging, the researchers came to the conclusion that the acid affects a very small group of nerve cells located within the cortex on the “seam” between the hemispheres. The surface of these neurons are covered with a special serotonin receptors 5-HT2A, which are connected to the molecule lysergic acid, and force them to exchange signals.

The effects of LSD on these receptors has led to an unexpected effect – it made this part of the brain, representing a “centre of consciousness”, to form new associations and seeing connections where none had been before. For example, “Psychonauts”, which previously listened to their least favorite music, I began to think that she always liked and she took some important role in their past life.

Something similar, as the scientists explain, takes place in the minds of people suffering from schizophrenia due to violations in the work of these nerve cells. Apparently, LSD violates the integrity of the perception itself, temporarily brings the person into a state similar to that experienced by schizophrenics. We can say that the boundaries of “self” blurred under the influence of “acid” because people have lost the ability to determine where his personality ends and begins the world.

Blocking 5-HT2A, as shown by further experiments that completely eliminated all psychedelic effects of LSD, and, according to the participants of the experiments have disappeared, even those elements of the trip that was caused by the action of the molecules of acid on completely different receptors. Further study of this process and when 5-HT2A receptors with other, as scholars have noted, will help to understand, whether dangerous or harmless LSD for the body and the human psyche, and can it be used for therapeutic purposes, as it was up to Hoffman.