How does the “magnetic compass” of birds work? 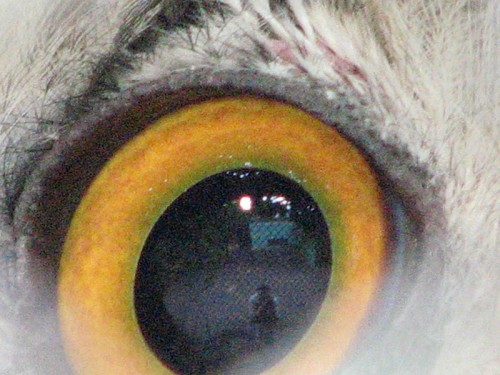 Birds can measure the difference between the magnetic and geographic north and use it to determine their position on the migration path.

Biologists from Russia and foreign countries followed the migration of reed warboys and found out how these birds use their “biocompass” in order to calculate their position on the map during “intercontinental” flights.

“How birds can calculate longitude to the point where they are now remains a mystery to us, it seems that even such plain birds like reeds have a kind of geographic map or memory that helps them determine their position only on the position of the northern magnetic Pole and the deviation of its position from the geographical pole, “says Richard Holland from the University of Bangor (UK).

Holland and scientists from the State University of St. Petersburg and the Zoological Institute of the Russian Academy of Sciences have been trying for several years to uncover the secret of how birds orient themselves in flights to the north and to the south. In past years, they managed to find out that in the brain of birds there are special cryptochromic proteins that react to changes in the magnetic field and work as a kind of “biocompass”.

Two years ago, scientists proved that birds use this “biocompass” when making long flights, observing the flights of reed warriors whose work of this built-in navigator was violated with the help of powerful magnets installed in the cells where they lived before the migration began.

These observations, as Nikita Chernetsov, director of the Rybachiy biological station at the Zoological Institute of the Russian Academy of Sciences, tell scientists to think about how birds can use their “magnetic” feeling to fly right to the point on the map of Russia, where they flew to. Wintering in North Africa.

To search for an answer to this question, the biologists caught several young birds who had never made a trip to the wintering place and several adult reed warriors, and watched how their behavior would change in a special cell capable of simulating a magnetic field at an arbitrary point on the surface of the Earth.

As a similar point, scientists chose the Scottish Aberdeen, located about 1,500 kilometers from the Curonian Spit, where the “Rybachiy” biostation is located.

“The total intensity and inclination of the field remained the same, but we turned the north by 8.5 degrees, guided by it, the birds determined their location and behaved as if they were actually fifteen hundred kilometers from the Baltic in the south of Scotland. Hurrying to compensate for the displacement and return to their normal migration route, they turned to the southeast, “says Chernetsov, whose words are broadcast by the press service of the St. Petersburg State University.

Similarly, as noted by biologists, only adult birds behaved, and young reeds turned out to be disoriented by changes in the magnetic field. This is a very important difference, as it shows that birds build a magnetic map of the Earth in their head, and do not have it from birth.

Thus, Russian and British scientists for the first time managed to prove that birds can measure the difference between the magnetic and geographical north and use it to determine their position on the migration route. As Chernetsov suggests, when the bird approaches the wintering or nesting point, it begins to use other landmarks – scents, the Sun or stars – to calculate the exact position of its target on the terrain map.

Similarly, according to scientists, other migratory birds and other animals that make intercontinental flights and migrations can orient themselves. The study of the mechanisms governing the operation of such “biocards”, according to Chernetsov, will help ecologists understand how to save many species of living beings who are now threatened with extinction.