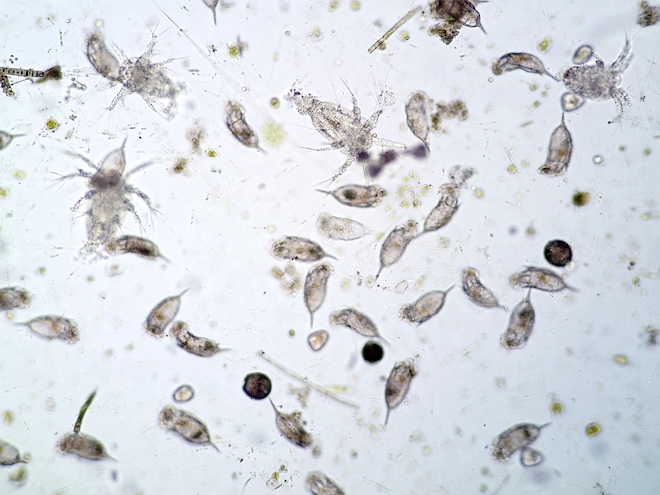 Plankton, bacteria and protozoa, as the most abundant form of life in the oceans, significantly affect the global environment. Based on large-scale observations of the seas, researchers from the King Abdullah University of Technology (Saudi Arabia) have developed a model that predicts how climate change will affect these microbial populations.

Temperature, nutrient availability and mortality rates are the three main factors that affect the number of these simple organisms known as heterotrophic planktonic prokaryotes. “I was intrigued by the possible relationship between these three major control groups and whether or not there are any patterns,” says Xos Ancelel Moran, who led the study.

Although Moran had previously studied these factors in some places in the ocean, Malaspin’s 2010 global round-the-world expedition gave the scientist an opportunity to conduct this analysis around the world.

During the expedition, which was conducted by Moran’s colleague Carlos Duarte, the researchers analyzed samples from 109 different places in the Atlantic, Indian and Pacific oceans. At each site, they measured the mass of heterotrophic plankton prokaryotes and the rate of reproduction of organisms. The data allowed scientists to determine the relative influence of temperature and availability of nutrients on the population of microbes.

The Moran team also measured the number of viruses and large microbes that can kill or consume this plankton.

When analyzing three factors, a clear picture begins to emerge. “If the availability of food, the rate of extermination by predators or a virus attack limits the growth of plankton bacteria, then the temperature plays a lesser role,” Moran explains. “Conversely, if the bacteria are released from these two control groups, then the temperature becomes the predominant factor.”

The researchers also found that the effect of temperature depended on geography. Warming has a stronger effect on micro-organisms at the poles, less at the equator.

Ocean ecosystems draw extra carbon from the atmosphere, but Moran says that the distribution of planktonic prokaryotes at the expense of larger organisms can disrupt this process.

Thus, understanding where and how strongly plankton populations suffer from warming is important for the environment.

Now Moran is testing his model, studying how changes in the environment affect the growth of the plankton living near the surface in the Red Sea next to the King Abdullah University of Technology. “We want to prove this experimentally in the Red Sea, the hottest deep sea basin in the world,” he said.