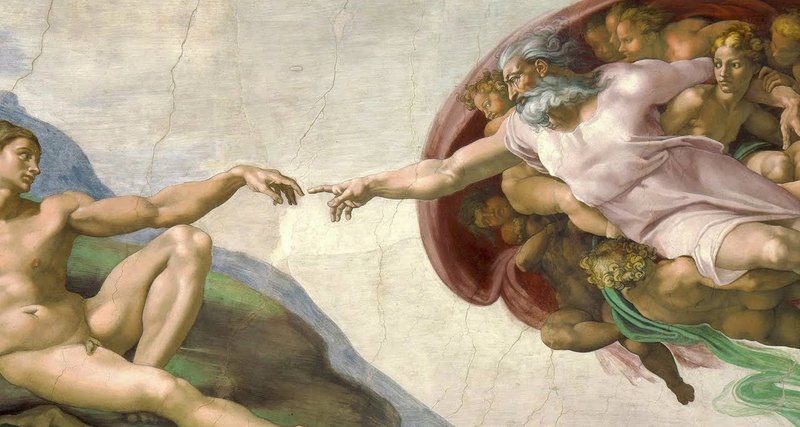 “The Face of God,” with the benevolent face of a young white man, but there are nuances associated with the political views of believers. In addition, it turned out that God seems like modern Christians like themselves.

“And then He said: My face you can not see, because a person can not see Me and stay alive”, Exodus 33:20. In the Christian tradition, it is not customary to portray God, although there is no direct prohibition, and the artists still did it; first of all comes, of course, the fresco of Michelangelo’s Creation of Adam, in which God is shown as a strong mature man with a dense gray beard. For five hundred years, since the Italian master portrayed God, much could change.

A group of American researchers decided to find out what the face of God is today’s Christians living in the USA; according to scientists, the idea of ​​the appearance of a deity can tell a lot about the personality traits that his believers endow. Indeed, previous studies indicate that the notion of appearance reflects the idea of ​​character: in a recent study, volunteers were a portrait of a person receiving social benefits, and most gave him features that speak of weakness of character – small eyes and a weak chin.

Scientists took the average image of an American, made up of 50 portraits of real people; the algorithm, which combined fifty people into one, took into account the demographic statistics of the USA – the ratio of women and men and representatives of different nationalities and ages. Then the scientists used the technique of “reverse correlation”: two pictures, created on the basis of the original average image, were added to the screen before the experiment participants, but with the addition of “noise”. The participant had to choose from the two noisy pictures the one that, in his opinion, more closely resembles the image of God existing in his mind or in her imagination; after a few dozen iterations, an image was obtained that was close to the volunteer’s representation of how the face of God looks. 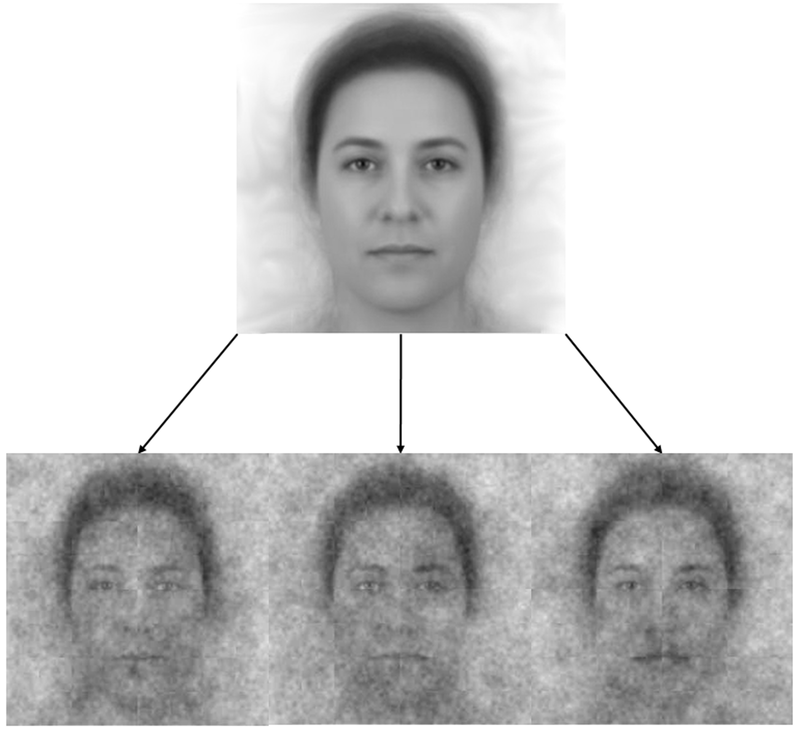 “Reverse correlation”: at the top – the face of the “average American”, made up of 50 photo portraits of US citizens of different sex, age and ethnic origin. Below – noisy images; participants in the experiment were asked to choose right or left, depending on which of them resembled the image of God existing in their imagination.

Then a group of people unaware of the method and tasks of the experiment estimated the images received by people from the first group of images in nine parameters: 1) age 2) sex 3) attractiveness 4) race 5) how happy the person is in the picture 6) how well he is financially 7) intellect 8) goodwill 9) power.

It turned out that the vast majority of participants represent God as a man, in terms of attractiveness similar to themselves; the remaining parameters, as it turned out, depend on the political preferences of the person who represents God (they were determined from the answers to questionnaire questions that the first group of participants filled before proceeding with the generation of the image). The liberals represent the face of God more smiling and benevolent, young and black. Conservatives were a portrait of a more mature and fair-skinned man, with a face expressing strength and intelligence.