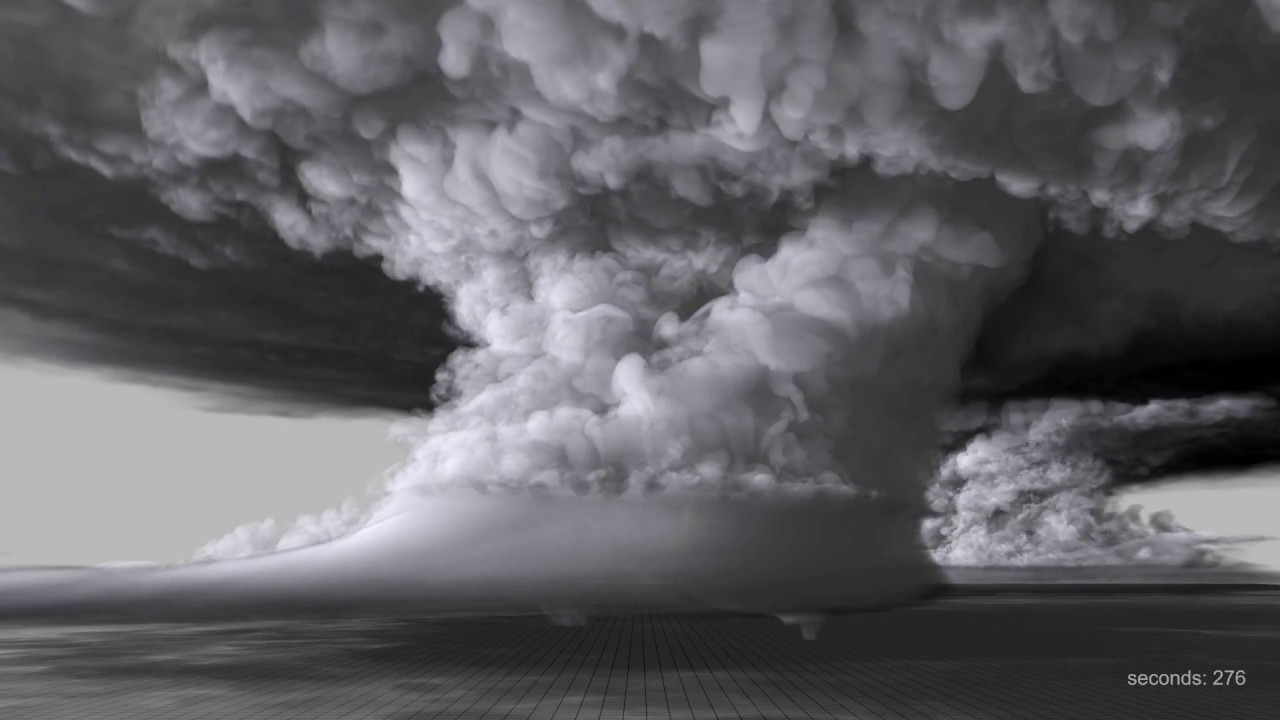 Using a giant supercomputer, meteorologists simulated “El Reno” – a tornado, a fifth-grade whirlwind on the Fujita scale, which swept across Oklahoma on May 24, 2011.

The research team led by Lee Orff of the Joint Institute for Satellite Meteorology in Wisconsin worked with a high-performance supercomputer to visualize the internal processes in the tornado and the powerful super systems that spawn these phenomena.

Six years ago, during the four days a few tornadoes attacked the Great Plains. One of these storms “landed” near the town of Hinton, Oklahoma, where in two hours it destroyed many buildings and killed nine people.

The team of scientists tried to take into account all the factors that were necessary for “tornadogenesis”: vertical temperature profile, pressure, wind speed, humidity – and “gave” them to the supercomputer for processing. The results of the analysis were presented in the form of a video that demonstrates the appearance of a tornado to light.

Having looked at the resulting video, you can see how one destructive monstrous tornado “gathers” from several more insignificant ones. And it looks impressive.