How krill affects the global climate 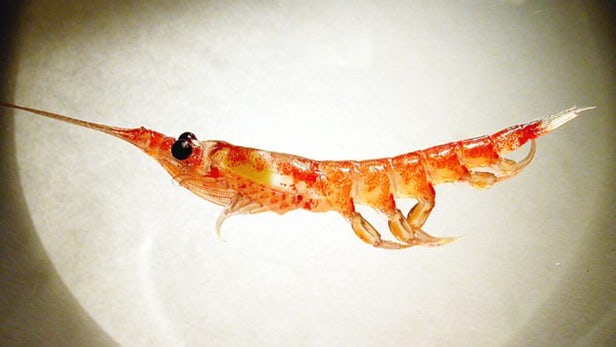 Perhaps this is hard to believe, but such tiny crustaceans as krill play a huge role in shaping the climate on our planet, as well as in transporting carbon to the depths of the ocean.

A recent study has shown that krill is not only the main element of the food pyramid of the oceans, but they also move through the ocean depths in a way that greatly influences the global climate. The thing is that these small crustaceans act as the main transporters of atmospheric carbon in the ocean.

Krill grows only up to 2 cm in length and resembles translucent shrimps. They have similar anatomical features with lobster and freshwater river crayfish.

In the ocean, krill constitutes the largest concentration of biomass. They can be about 400 million tons, and they occupy the second place in the food pyramid and ocean ecosystem. Krill feeds on phytoplankton and zooplankton. These subtle crustaceans digest tiny algae and marine animals, transform them into foods that larger animals can eat.

Krill is a food for many marine fish and animals and for humans. It is also used for the production of certain pharmaceutical preparations and food additives.

In a recent study, BAS scientists Professor Geraint Thurling and Dr. Sally Thorpe used advanced acoustic technology to follow the movements of about 2,000 shoals of Antarctic Krill. In the study, the scientists found that the grill migrates to different depths, saturating the ocean with carbon, which in turn significantly affects the climate on the planet.