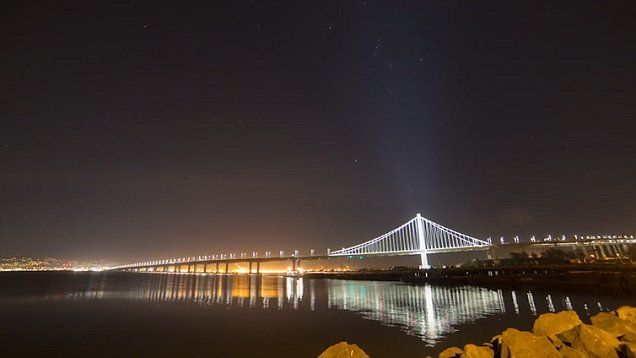 When brightly lit horizons and cities that “never sleep” become the norm, it is easy to forget what the starry sky looks like. A new short film, Lost in Light II, dedicated to light pollution, is a clear reminder of this problem.

An astrophotographer Sriram Murali captures the light of the night sky on several levels: from San Francisco (level 8) to Valley of Goblins in Utah (level 1).

The two-minute panorama follows the constellation Orion, showing how light pollution in major US cities hides almost all the stars. At the same time, in the rural areas free from night illumination, even the Milky Way is visible.

For those who live in the city, the stars and the Milky Way in the sky may seem strange. But in places like the Arches and Canyonlands National Parks in Utah, a thick scattering of constellations is common.

There are several so-called “Dark Sky Preserves” in the world where you can see stars and even interstellar dust clouds in the Milky Way. The US Dark Sky Association recently granted this status to a 1,400 square-mile site in Central Idaho.

Light pollution does not just interfere with the view. In recent years, researchers have linked artificial night lighting with a variety of issues affecting both people and animals. This and sleepless nights, and even more extreme consequences.

“In less than a hundred years, we have radically changed our night environment. And we are just beginning to realize the consequences, ”explains Murali.

Light pollution affects our health, disrupts sleep, increases the risk of cancer, diabetes, hormonal disorders and other diseases. Millions of birds die each year, crashing into brightly lit buildings. Young turtles due to the night lights go astray and do not reach the sea.

Fortunately, there are ways to fix the situation. Recently, Murali released another video about light pollution in which research on different parts of California is given. The proposed solutions to reduce the effects of light pollution include the use of shielded lighting, LEDs with low color temperature (2700 K or less) and motion sensors instead of lamps that work all night.

“Several cities and municipalities have recently switched to a dark sky, and people are welcoming the changes. They hardly noticed any differences in the lighting and admitted that they didn’t like sharp artificial light at all, ”the author said.

“Fighting light pollution does not mean that you have to turn off all your lights. This involves only a more reasonable approach to the choice of lighting. “