How many animals are born every day? 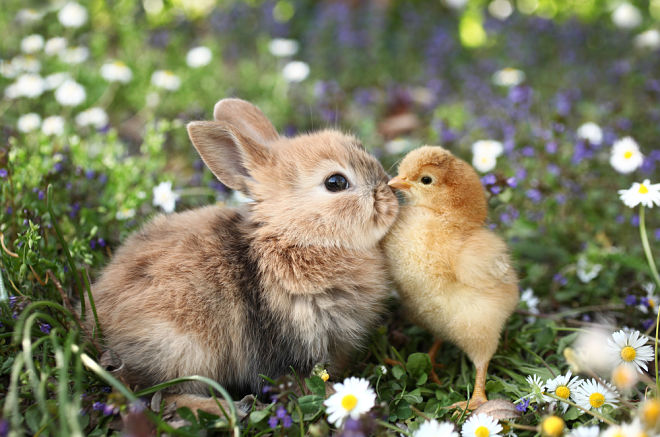 First, we need to decide what we mean by the word “animals”. The Oxford Dictionary defines an animal as “a living organism that feeds on organic substances, has special sensory organs and a nervous system and can respond quickly to stimuli.”

Hence, animals are mammals and non-mammals, vertebrates and invertebrates, those who hatch from eggs and are born alive.

To get an idea of ​​the scale of the issue, let’s start with an animal that is known for its passion for multiplication – the rabbit.

Only in Great Britain, the breeding population of wild rabbits is 40 million individuals. The rabbit usually brings in a year up to seven litters, in each of which from three to seven cubs. If every female of the wild rabbit brings seven litters, each of which will have, say, five rabbits, then only 1 917 808 rabbits will be born in the UK per day.

But what about less common species, such as, for example, the Humboldt penguin? The animal lives on the coast of Chile and Peru. Humboldt penguins lay eggs two at a time. The couple lays a couple of clutches a year. Not all eggs survive the incubation period. According to calculations, approximately 14,400 Humboldt penguins hatch each year. On average, up to 40 Humboldt penguins come to this world every day.

If you compare the penguins with a non-vanishing kind – say, with chicken, – the numbers will be strikingly different. Extrapolating the data collected by the Food and Agriculture Organization of the United Nations, it can be estimated that more than 62 million chickens are born around the world every day.

Some of the most common animals on the planet are nematodes, which are also known as roundworms. In one square meter of land contains three million nematodes. One of the species of roundworms, Caenorhabditis Elegans, lays about five eggs per hour. One of the 100 eggs hatch, which gives us a total of 600 quitillions of C. Elegans nematodes every day. This is 6 with twenty zeros.

It is estimated that there are about 7.7 million known species of animals on the planet, and the National Oceanic and Atmospheric Administration estimates that 95% of the ocean and 99% of the ocean floor remain unexplored.

So, until we learn and study all species on Earth, the question of the number of animals that are born every day will remain unresolved.