How many spiders consume annually? 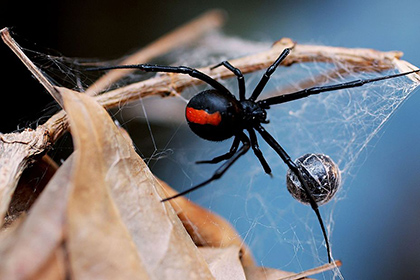 The international group of scientists for the first time showed that the worldwide population of spiders consumes up to 800 million tons of production per year, being the main natural enemies of insects.

Spiders (Araneae) form one of the largest groups of land predators, which includes more than 45 thousand species. It is known that these animals adapt well to different, including extreme, climatic conditions and are common even in deserts and the North Pole. $ CUT $ These factors formed the basis of the hypothesis that Araneae are the main natural enemies of insects. However, due to their secretive way of life and existing methodological limitations, it was not possible to accurately assess the influence of spiders on the ecosystem for a long time.

According to studies of past years, the average population density of spiders can be 131-152 individuals per square meter of the planet, and under favorable conditions – 1000 individuals. In the mid-20th century, the British naturalist William Bristowe estimated that only 2.2 × 1012 spiders live on the territory of England and Wales, which can kill 2.2 × 1014 insects per year, and the total weight of such production in the country exceeds the weight of all Residents of the United Kingdom. Subsequently, the German zoologist and co-author of the new study, Martin Nyffeler (Martin Nyffeler) pointed to the error of Bristowie: according to him, the calculations do not take into account that a large area of ​​the UK is occupied by agricultural land in the area of ​​which the activity of spiders is lower. Subsequent estimates of the indicator were also excessive and contradicted the theory of ecology.

Now scientists from the University of Basel and other universities have calculated the constant biomass of the worldwide population of spiders and the biomass of the insects they annually consume using two methods. At the first stage, the authors compared 65 values ​​of biomass of spiders from open sources with average values ​​of biomass (in grams per square meter, taking into account average water content in the body of a spider – about 75 percent) of seven biomes: tropical forests, temperate and boreal forests, tropical meadow steppes and savannas , Moderate meadow-steppe, arable land, deserts and arctic tundra. Then, based on the estimated rate of food intake per day, the team calculated the number of daily and annual insect killings per square meter for each biome. 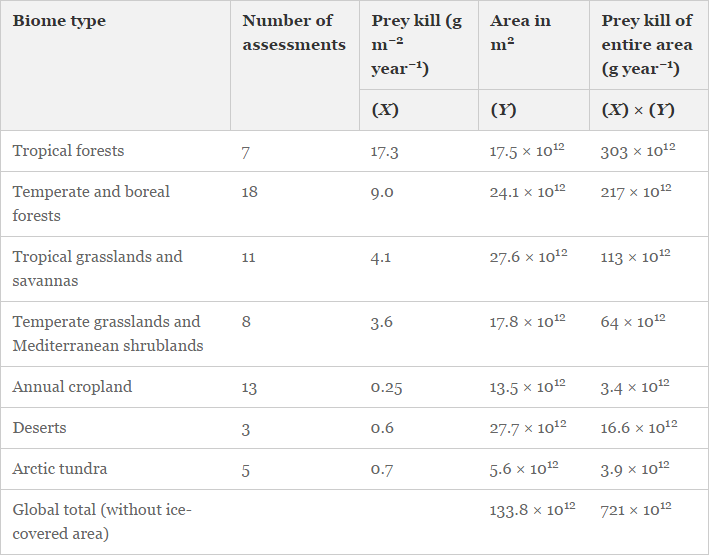 An example of calculating biomass killed by spiders per day and year for different biomes / © Martin Nyffeler et al., The Science of Nature, 2017

The second method consisted of recalculating official statistics on the number of annual insect killings per gram per square meter per year. In this case, the researchers proceeded from the assumption that on average the body of spider extraction also contains about 75 percent of the liquid and has a caloric equivalent mass of 23.5 kilojoules per gram of dry weight. By extrapolating the values ​​obtained, scientists also determined the annual amount of spiders’ consumption of insects in different biomes.

Scientists regularly weigh large objects. So, earlier researchers from Canada estimated the mass of the Milky Way. In December of last year, an international group of geologists calculated the world’s mass of the technosphere.