How many water is held in all lakes of Earth? 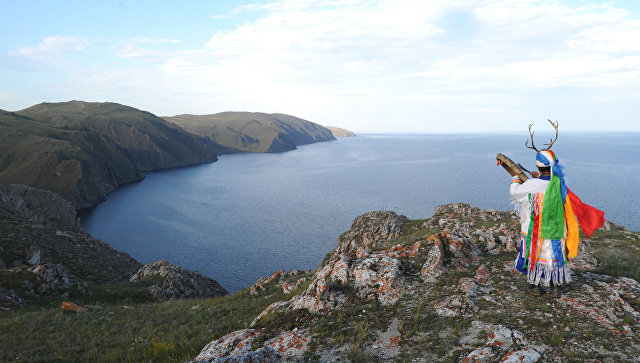 Scientists for the first time measured the extent of the coastline of all lakes and measured water amount in them, it appeared which enough to cover all land with almost one-and-a-half-meter layer of liquid.

“People often say that we know more things about the surface of Mars or the Moon, than about properties of a bottom of the seas and oceans. Lakes, of course, were researched longer and better, than the boundless World Ocean, however we so badly understand what is created in their waters and at their bottom, as well as in a case with oceans” — Bernhard Lehner from McGill’s university in Montreal (Canada) tells.

On the earth there are millions of lakes whose approximate amount, the area, the perimeter and other properties are rather well-known the scientist. Nevertheless, the most part of such estimates is based on measurements of properties of the largest and known reservoirs, and almost all small lakes remain almost not studied.

Lener and his colleagues decided to meet this lack in scientific knowledge, using the satellite maps and data of remote sensing of Earth received in recent years. Thanks to them Lener’s team managed to calculate exact amount and all other characteristics nearly 1,4 million lakes on Earth which area constituted at least 10 hectares. 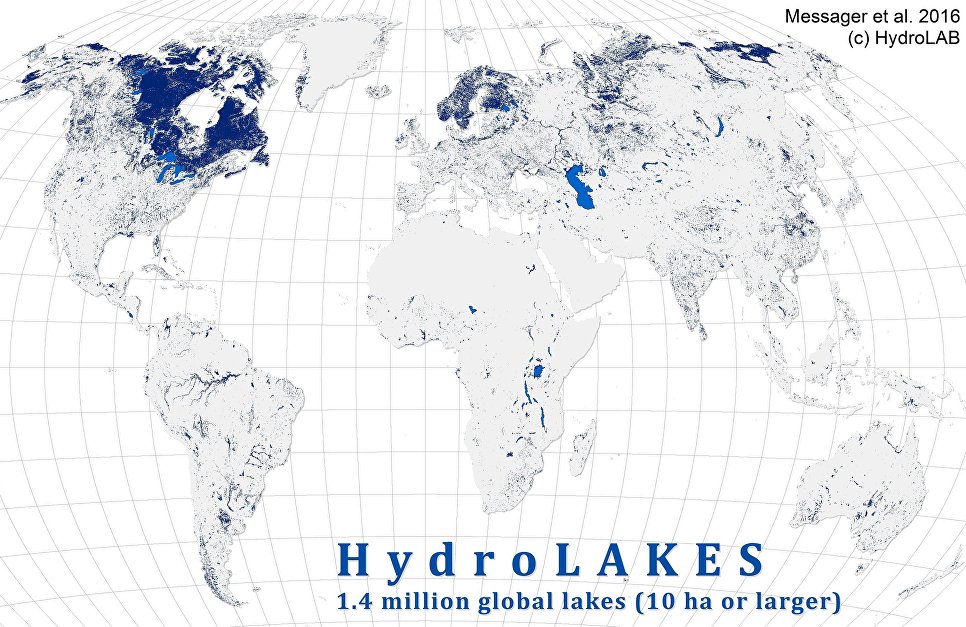 Card of distribution of lakes on the ground

They as showed these calculations, comprise about 180 thousand cubic kilometers of water that would be enough to cover all continents with a sheet of water 1,3 meters thick, and also to fill directly eight Baykalov or 72 billion Olympic pools. Their coastline was stretched on 7 million kilometers that there is five times more than diameter of Sun and is approximately equal to its grasp near the equator.

The most part of amount of water of lakes – about 85% — is the share of ten the largest lakes of the world, other 15% are scattered on the others 1,4 million lakes. Contrary to the settled stereotypes, the main “country of lakes” of Earth is not Finland, but Canada in whose territory nearly 900 thousand small and large lakes are located.

Scientists: the first life on Earth could arise in the lake, but not in the ocean
The similar championship of Canada is explained by the fact that all its territory was covered with glaciers only 15-20 thousand years ago which departure “dug” hollows for nearly one million small and large reservoirs, such as the Great Lakes of North America comprising the fifth part of all inventories of fresh water on Earth.

Despite huge amount of all these lakes, water in them is actually continuously updated – each molecule spends in them on average about five years then she leaves the lake together with waters of the rivers or during other processes connected with water cycle on Earth. Further studying of all small and large lakes as the Canadian scientists hope, will help us to understand how global warming will affect their destiny in the next century.