How much space does nature need on Earth 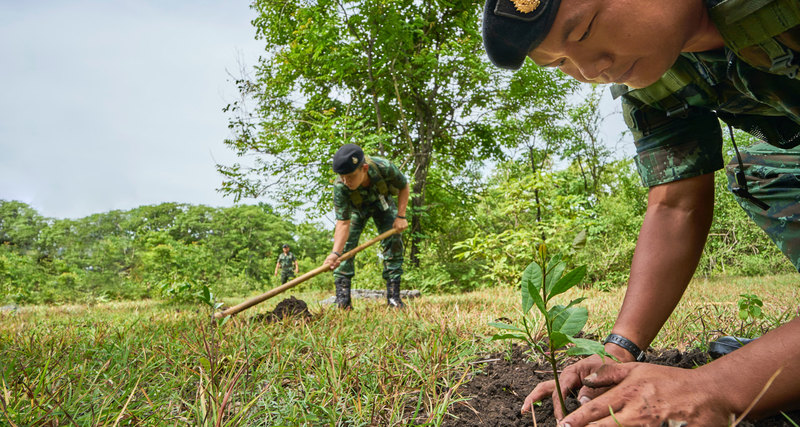 Loss of habitat as a result of human invasion poses a serious threat to biodiversity, so the UN is developing a new ambitious plan for the conservation of species.

For millions of years, in the depths of the Chinese Yangtze River, a giant lived – a paddle fish (Psephurus gladius), whose length could reach seven meters. In 2019, it was declared extinct in 2019, having lost its familiar habitat with the advent of man. A similar fate threatens many species living in winding rivers, windy tundra and dense tropical forests of Borneo.

Plants and animals are threatened by human activities that violate their habitat. In one study, scientists determined that a million species would disappear in the coming decades.

The natural world makes the planet liveable thanks to processes such as air purification, water filtration, carbon dioxide emissions and pollination of crops. Thus, in order to stop the extinction and death of the planet, governments are working on a new environmental plan, which is based on determining which spaces are necessary for the prosperity of nature

During the discussion, it was concluded that this requires 30% of land and sea. It is necessary to ensure such an area of ​​reserves by 2030, which, according to government estimates, is quite feasible. By 2050, their area should increase to 50%. Then the ecosystems will begin to revive, and nothing will threaten the diversity of species on Earth.

People have shoveled more than three-quarters of the Earth’s surface, and out of 14 terrestrial biomes, such as rainforests, tundra or desert, eight have less than 10% of untouched territories. Thus, a mass retreat is being prepared for the sake of his own survival on this still green planet.