How plants can look on other planets 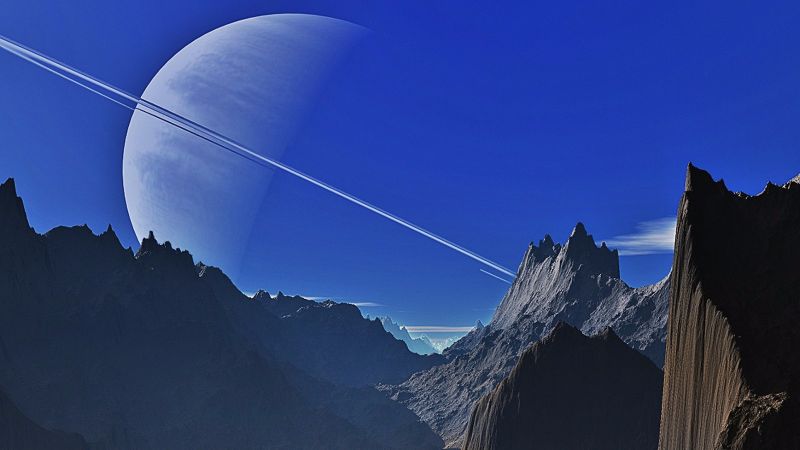 In other words, to a certain extent, we all owe our existence to the plants.

In today’s Earth, forests alone occupy a third of the land area, and hardly anyone can imagine our planet without these green areas. And why, actually, green? Can you imagine a black forest? Dark blue field? Perhaps the purple meadow?

For many astronomers, this is not just fun, but a full-fledged work, including the collection and analysis of a huge amount of data. After all, in order to just assume what color plants on other planets may be, one must very well understand the physiology of the Earth’s plants. Let us together deepen our understanding of plant life around our Sun, to imagine what it can be around other stars.

Just look at the variety of life forms. Trees, shrubs and bushes, a variety of herbs … But they all have something in common – they photosynthesize. This is due to chlorophyll, which is able to absorb light quanta and convert this energy into chemical bonding energy to convert the inorganic form of carbon into organic. At the same time, oxygen is released as a kind of by-product.

But it is not this common property of plants that strikes us. First of all, we notice their color. Why is the vast majority of plants on earth green? The answer seems to be simple and obvious: because chlorophyll – the pigment involved in photosynthesis – is green. This means that this pigment absorbs a piece of blue-violet and red parts of sunlight, but reflects just the green part of the spectrum that we observe.

But here’s the task that hundreds of researchers fought at one time: for what reason do plants reflect the most accessible light for them (green) instead of absorbing it?

The fact is that the conversion of the energy of light into the energy of chemical bonds does not occur in each specific chlorophyll molecule. It occurs in special combinations of pigments and proteins – the so-called “reaction centers”. Hundreds of antennas, which are engaged in capturing photons of light, approach each of these reaction centers. But in the very reaction center only photons of red light can be used, because it is them that our sun emits in the greatest quantity. It is the number of photons that plays a crucial role.

As for blue photons, they carry more energy than red ones. Therefore, when the blue-violet part of the spectrum falls on chlorophyll in the antenna complex, as the path to the reaction center, this photon energy decreases. The green light spectrum for most plants remains inaccessible. But even from the field of green failure there are exceptions. Recall non-green synthesizing organisms.

So, antennas suitable for such a reaction center can be represented not only by chlorophyll itself, but also by other pigments – auxiliary ones. They capture photons of the spectrum that is not available to chlorophyll, and transfer this energy to the reaction center.

In the case of brown algae, which grow at depths of up to one hundred meters, you understand that the flow of sunlight will weaken as you overcome the water column. Consequently, chlorophyll needs quite strong antennas in the form of fucoxanthins, which absorb the blue-green part of the solar spectrum that is the most accessible at such a depth. These and other pigments of the carotenoid group just give brown algae their characteristic brown-yellow color. 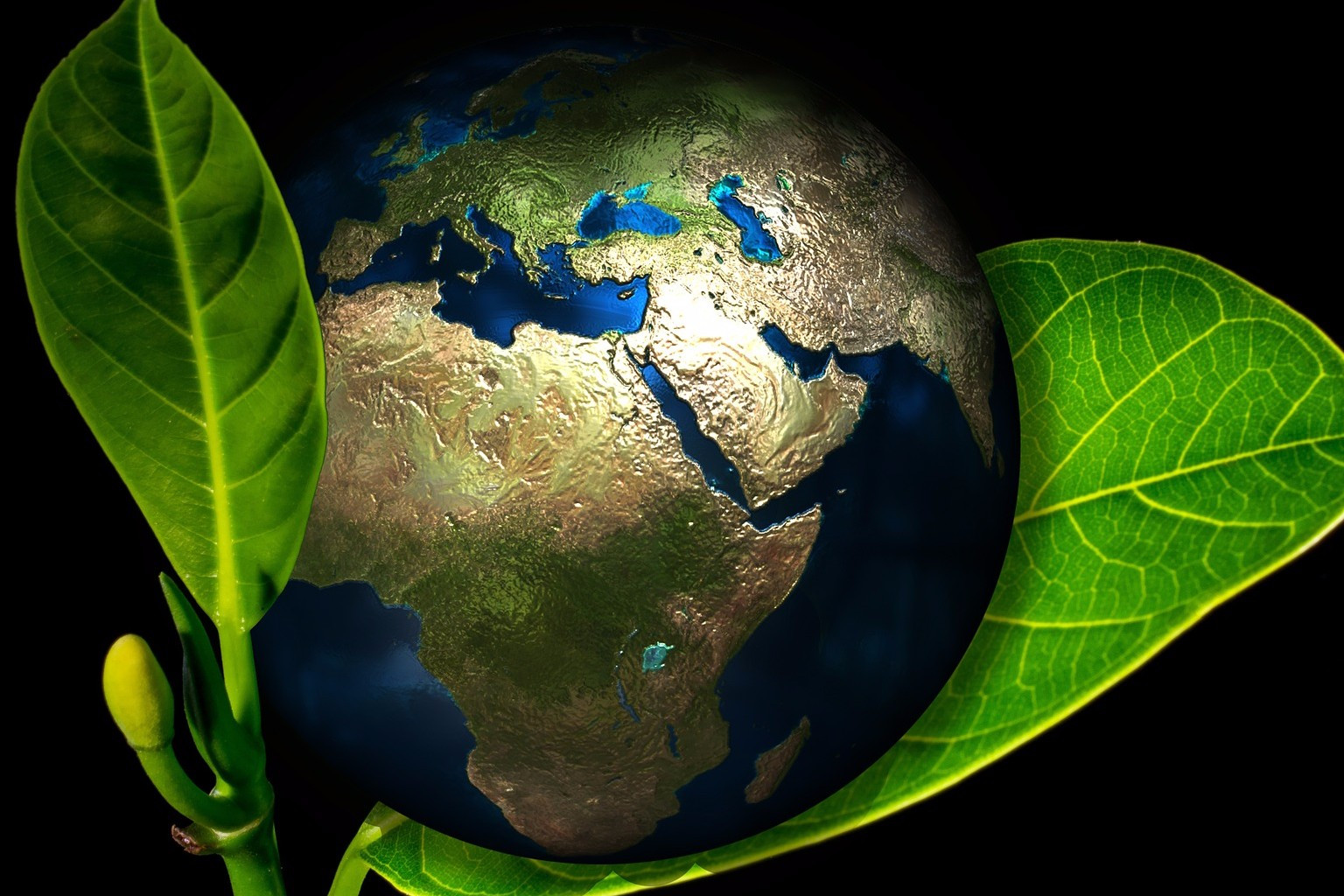 Bouquet from a faraway planet

Well, the photosynthetic organisms of our planet have a rather wide arsenal of pigments involved in photosynthesis. How do we apply this knowledge outside the solar system?

Scientists track all kinds of biosignals of other planets, physical and chemical signs of the processes that are inherent in earthly life. These can be biologically synthesized atmospheric gases like the same oxygen or a special spectrum of light reflected from the planet’s surface, indicating the presence of special photosynthetic pigments.

Astronomers, analyzing the light reflected from distant planets, can establish the presence of water in their liquid form. And since there is water and the light of a star nearby, then there is no interference with the flow of photosynthesis.

Just as the plants of the Earth absorb the red and blue-violet parts, reflecting the green part of the spectrum, the plants of other planets can absorb their spectrum. After all, light of almost any wavelength can lead to photosynthesis – from ultraviolet to the nearest infrared. It all depends on the energy that the parent star will give.

So, around first-class hot stars that will be bluer than our Sun, photosynthetic organisms will receive too much light, most of which they will be forced to reflect. And we can imagine how auxiliary pigments can not only catch the part of the world inaccessible to the main pigment, but also perform a light-shielding function, as some anthocyanin does, giving the plant a bluish tint.

But in our galaxy, such bright stars are not so common. Relatively small and cold red dwarfs or M-class stars are much more common. Young stars of this type are quite tough with a number of planets beside them, covering them with strong flashes of ultraviolet light, which makes it impossible for plants to exist on land. But the scenario of their existence under water is possible. Only in this case we will not be able to detect them with the available methods.

Red dwarfs create more comfortable conditions for the existence of photosynthetic organisms. True, they provide the planets with very little visible radiation around them, which will force the plants to absorb as much of the available light energy as possible. And what color absorbs the most from the visible spectrum? The black. And plants, just as black clothing heats up in the sun, will also pick up the maximum amount of energy available to them, putting on a dark photosynthetic outfit.

Perhaps the evolutionary path of plants and outside the solar system will be similar to the one that they made on Earth. After all, then the colonizers of space can not only use the products of photosynthesis of alien flora, but also enjoy the beauty of unearthly flowers. Perhaps future generations will be able to please their loved ones with bouquets from other planets.

Considering the fact that on our planet photosynthesis is a very successful process, without which it was impossible to imagine the existence of life in its present form, the probability of its occurrence outside the solar system is very high. That is why scientists are interested in such seemingly incompatible things as the physiology of terrestrial plants and the search for life on other planets.

Interdisciplinarity opens up new perspectives for us and allows us to solve problems of unprecedented complexity. Who knows, perhaps it is at the junction of astronomy and biology that new approaches will appear to the search for extraterrestrial life.