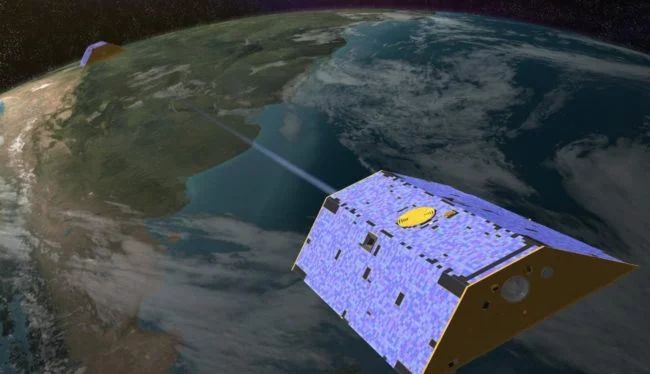 Dry soil without plants may be the first herald of impending drought, but in order to fully appreciate the risk of its occurrence, it is necessary to pay attention to the amount of groundwater. Fortunately, for this you do not need to dig kilometer pits – just look at the performance of special space satellites. Thanks to them, scientists have been predicting terrible droughts and fires for several years, so that people would be ready for them in advance or prevent them altogether.

Oddly enough, the amount of groundwater can be calculated from the state of the gravitational field of the Earth. In 2002, the GRACE project was launched specifically for its study – two satellites were launched into the polar orbit of the planet. They are completely identical and know with micron accuracy how far from each other they are. This property allows them to catch tiny oscillations of the gravitational field, which, in addition to such factors as the displacement of magma and the movement of tectonic plates, depends on the amount of groundwater. The smaller the volume of water, the smaller the gravitational attraction.

Unfortunately, GRACE satellites are not able to analyze the soil moisture and the salinity of the oceans. For this, researchers use the SMOS satellite launched by the European Space Agency as part of the Living Planet program. Using data from the two projects and assessing the condition of the plants, they can identify droughts and forest fires five months before they occur. Scientists note that computer modeling plays an important role in forecasting: it mimics plant growth cycles and water distribution.

To predict drought, we always looked at the sky, but it did not give much results. This approach – looking deep into the earth from space – opens up more possibilities for preparing for a drought. It increases the amount of time available to cope with the serious effects of drought, such as forest fires and loss of livestock, explained Professor Albert van Dijk of the Australian National University (ANU).