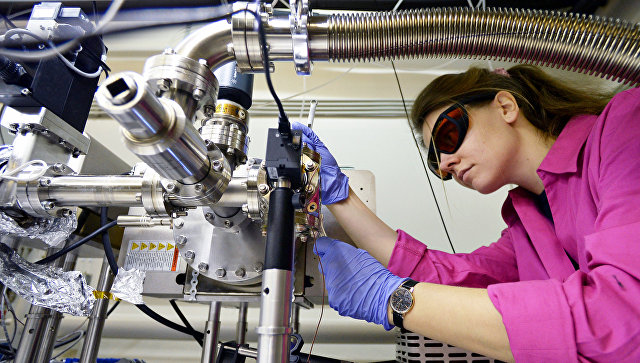 Imagine that you want to consider a fast but fragile butterfly. While she flits, it is difficult to study it in detail, so you need to take it in hand. But as soon as it was in your hands, the wings crumpled and lost color. Just a butterfly is too vulnerable, and any of your influences change its appearance.

And now imagine a butterfly that changes the appearance from one of your eyes. This is how single electrons behave in a solid. It is worthwhile for scientists to “look” at an electron, and its state is already different from the original one. This fact significantly complicates the study of solid state physics – a field of science that describes the properties of solids (all substances having a crystal lattice) from the point of view of their atomic structure. The creation of computers, telephones and many other devices, without which we can not imagine life, is the merit of this section of science.

If electrons can not be “seen”, they must be replaced by something larger, scientists decided. Candidates for the place of electrons must preserve their properties in such a way that the equations describing the processes in the solid remain unchanged. This role was approached by atoms at ultralow temperatures. In the physical world, temperature is an analog of energy: the lower it is, the more immobile the object becomes. At room temperature, the oxygen atom in the air moves at a speed of several hundred meters per second, but the lower the temperature, the lower its speed. The minimum in our world is the temperature of zero degrees Kelvin, or -273.15 ° C.

Ultracold atoms are cooled to a microcilve and even less, where the speed of motion is only a few centimeters per second.

Of such atoms and optical lattice, scientists created an artificial crystal, similar in structure to natural solids. The optical lattice itself, which assumes the role of an atomic lattice of a solid, is created by means of lasers whose rays intersect at given angles. Controlling the position of lasers and their power, you can continuously change the geometry of the lattice, and by imposing an additional field switch the interaction between the “electrons” from repulsive to attracting. 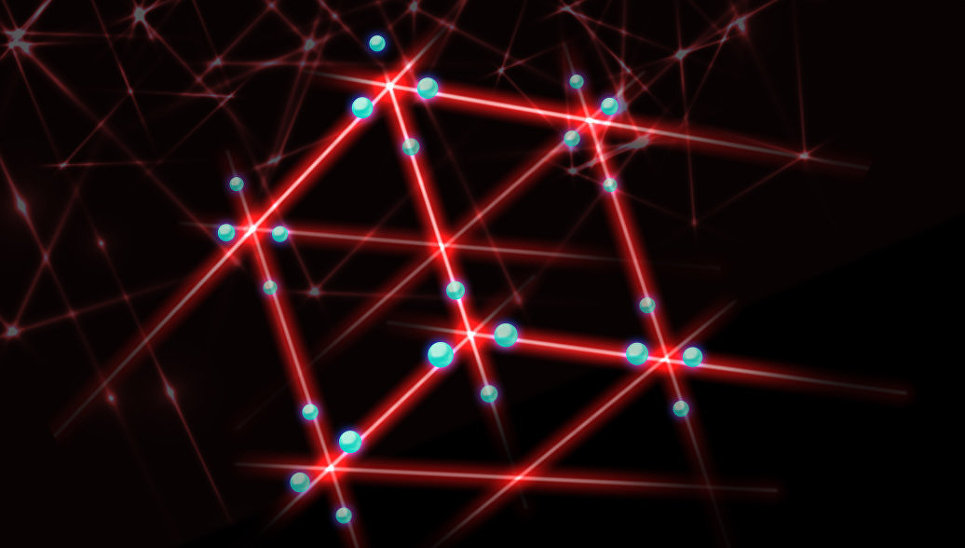 So the artist imagines an artificial crystal lattice

But for carrying out experiments it is necessary to control the motion of electrons. They are susceptible to electric and magnetic fields, since they have a charge. Atoms, replacing electrons in an artificial crystal, are neutral, so it was necessary to come up with a replacement for the controlling force. The electric field has successfully replaced gravity, which is responsible for the rectilinear motion of the electron. However, electrons in a magnetic field are twisted, their trajectory can be described as spiraling. Therefore, the researchers created a synthetic magnetic field that exerts the same effect on moving atoms as the real magnetic field, which is the main condition for studying the fundamental laws. 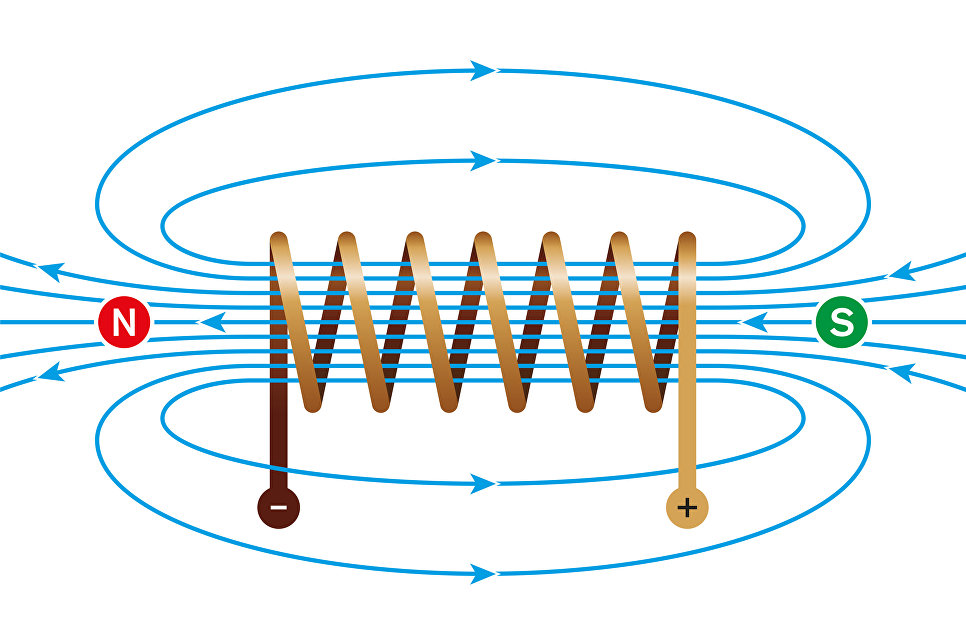 The scheme of motion of electrons in an electromagnetic field

Thus, physicists were able to study the properties of any solid bodies (metals, semiconductors, dielectrics), experiment with them and change at will. It turns out that scientists created a certain “designer” – a system that simulates the properties of the quantum world of electrons, but, unlike it, is easily accessible for research.

From the “quantum designer” it is possible to assemble other systems, including those that do not exist in nature. For example, all elementary particles are divided into bosons and fermions. Bosons have a whole spin number, and fermions are half-integer. Using isotopes of atoms, it is possible to convert electrons in the artificial solid body considered above from fermions to bosons.

“Apart from the problems of solid state physics, quantum designers based on cold atoms can also be used to solve problems from other areas, for example, elementary particle physics,” explains the chief researcher at the Laboratory of the Theory of Nonlinear Processes of the Institute of Physics of the SB RAS and the professor of the Theoretical Physics Department of the Siberian Federal University, Doctor of Physical and Mathematical Sciences Andrei Kolovsky – The interaction between elementary particles is carried out through the so-called gauge fields. the electromagnetic field responsible for the interaction between the charges is a particular case of gauge fields.In principle, it is possible to model other fields besides the electromagnetic field, and such studies are already underway.Another direction is astrophysics, where scientists, using cold atoms, simulate the thermodynamics of black holes “.

From such designers it is also possible to assemble quantum computers, with the help of which it is convenient to study the teleportation of quantum particles.

And look into the distant future, for 20-40 billion years