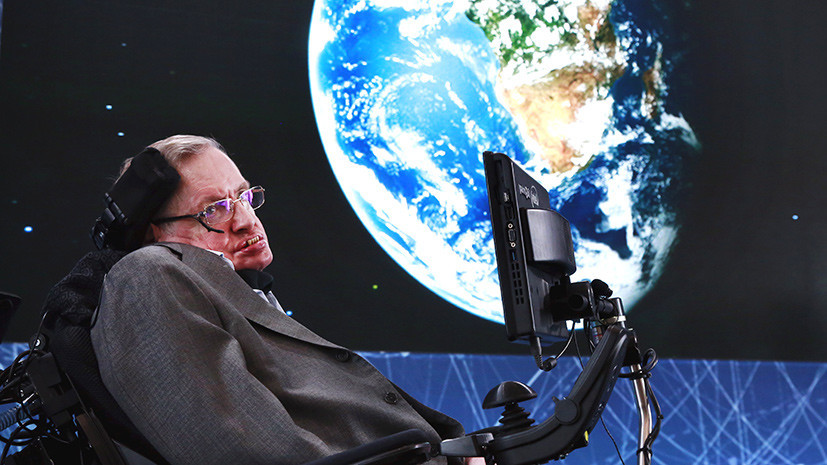 In his last work, the British physicist Stephen Hawking rethought the theory of the Big Bang. The scientist’s article was published in the Journal of High Energy Physics 10 days before his death and was published on May 3. The new paper refutes the theory of infinite expansion of the universe and proves that in each of the parallel worlds that emerged after the Big Bang, the same laws of physics operate, and not different, as Hawking himself claimed earlier. Also, the researcher hypothesized that our three-dimensional world is only a projection of information stored on a two-dimensional plane.

In search of parallel universes

Ten days before his death, on March 14, 2018, Stephen Hawking sent to the scientific edition of the Journal of High Energy Physics a work in which he rethought the Big Bang theory. In a new work, Hawking disproves the results of his previous work A Smooth Exit from Eternal Inflation, in which he summarized the conclusions from the theory of the multiverse.

Hawking changed his mind about the inflationary model, according to which, after the Big Bang, our universe began to expand unlimitedly. However, in the last work the physicist refutes himself. He came to the conclusion that the expansion process had stopped, the universe had reached its maximum dimensions and nothing beyond its borders existed.

“There is nothing beyond them – neither the cosmos, nor the time. Absolute nothingness, “said Thomas Ertog, co-author of Hawking’s research.

According to the theory of the multiverse, the Big Bang was accompanied by many other similar explosions, each of which spawned a separate universe. In his work, Hawking came to the conclusion that in all worlds the similar laws of physics operate, and not different, as he believed before. Thus, according to the scientist, on the basis of information about the processes taking place in our universe, you can study other worlds.

According to Russian scientists, it is very difficult to say exactly which laws operate in parallel universes.

“The theory of the multiverse has been developed for more than 30 years. Parallel universes, according to the inflationary scenario, exist, but it is difficult to say what laws of physics they obey. Of course, parallel worlds can be studied as some kind of mathematical objects, it’s interesting, but they have no practical relation to our Universe and they do not influence terrestrial processes, “the academician of the Russian Academy of Sciences, the chief scientific employee of the Institute of Theoretical Physics named after L., said in an interview with RT. D. Landau Alexei Starobinsky.

“The universe is a hologram”

Also in his last work, Hawking came to the conclusion that our universe is a complex hologram. In other words, the three-dimensional reality is an illusion, and the world around us, like the very nature of space and time, is projected from data stored on a flat two-dimensional surface.

“Based on a new hypothesis, we can conclude that our universe is a hologram. This theory suggests that the universe could arise on a holographic principle, being a projection of some two-dimensional region that existed outside the Big Bang, “Ertog said.

However, according to Russian scientists, there is no reason to doubt the nature of space and time of our universe.

“A hologram in the literal sense is an image of a three-dimensional object projected from a two-dimensional plane. Indeed, there is a theory according to which one can find a two-dimensional surface on which all information about what is happening in the universe will be recorded. However, all recent studies conducted by experts in the field of cosmology have refuted the theory of the holographic universe, “Starobinsky noted.

As the doctor of physical and mathematical sciences, the employee of the Physical Institute im. P.N. Lebedev RAS, a member of the RAS Commission on Combating Pseudoscience Rostislav Polishchuk, Hawking’s conclusions about the holographic universe are the fruit of his imagination.

“This is an interesting idea, but it is not supported by facts. The scientific community has not adopted this concept. The holographic hypothesis of Hawking is purely artistic and is unlikely to lead to precise scientific formulas. The fact is that in addition to scientific abilities, Hawking had very developed humanitarian. Therefore, in his case, such a theory is the result of imagination, “Polishchuk said in an interview with RT.