How technology will change the ways of warfare 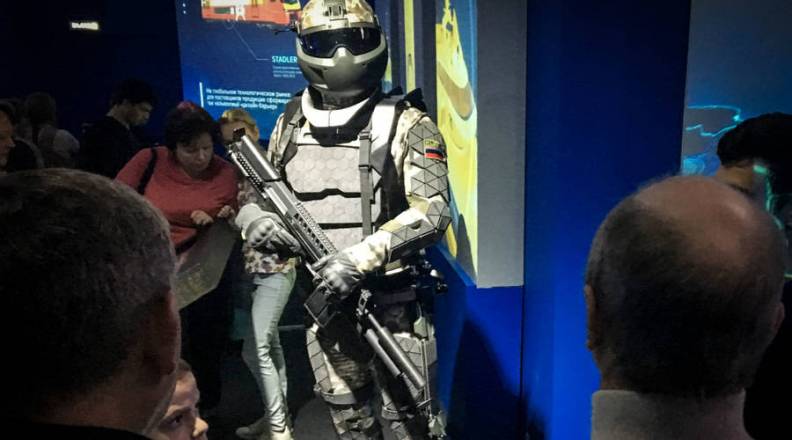 Laser weapons, mounted on ships or aircraft, capable of silently destroy enemies with a ray of death. Electromagnetic weapons that concentrate energy on the object in order to cause pain, physical destruction or destroy electronics. Autonomous systems of lethal influence, capable of independently deciding – in whom and when to shoot. These are examples of technologies created, or already applied, in real collisions.

Many states joined the race to create new military technologies. Where is the US place among them? And that these improvements, which increasingly distance soldiers from the emotional component of combat operations, mean for the wars of the future? Host Molly Wood interviewed Robert Latiff, a former Air Force general, and now a professor at the George Mason University.

Wood: How do you use artificial intelligence (AI) in military matters?

Latiff: In the intelligence community every day, thousands of streams of information flow in – much more than what a person is at least acquainted with. AI looks for patterns in this stream. Sometimes AI does not even know what it is looking for. Here the concept of ‘deep machine learning’ finds application.

Wood: What are the consequences of separating people from the battlefield, and as a result – the emotional distancing from the fighting? In general, is such distancing possible? It is known that operators of drones can suffer from severe post-traumatic stress disorder.

Latif: With operators, that’s it. The result and consequences of this removal are frightening. The enemy becomes just an icon on the screen. For example, the sensor can indicate where the enemy is, how many soldiers and weapons he has. But the sensor knows nothing about the morale of these soldiers. A soldier on the battlefield is able to assess the situation, and decide whether to attack. The human factor is of great importance on the battlefield.

Wood: Regarding the mental health of the soldiers, you thought not only about the weapons used, but also about the possible improvement of medicine in the treatment of post-traumatic stress. Can you tell us about this, and how this will affect the people’s memories of the war, and consequently the decisions made in the future.

Latiff: Yes, I had to talk to people in the defense department conducting such research. You have seen dentures, controlled by signals from the brain. The downside of this – we learned enough about the brain to understand – the ability to read from the brain attracts and the ability to write to it. That is, it became possible to change the thoughts.

Wood: So it’s possible to change the mind of a fighter so that he does not remember the events of the war and would like to repeat it?

Latiff: That’s right. Now it can be done with pharmaceuticals. There are discussions about giving soldiers participating in battles, contributing to forgetting substances. A soldier without guilt is frightened.

Wood: In this changing global military landscape – where is the US place? Of course, the United States has a lot of weapons – but does this mean that we are still the strongest in the fight?

Latiff: Yes, we are the strongest. Our military budget is more than the total budget of the next eight countries.

Wood: We are the strongest guys – but are they the smartest?

Lathiff: That’s a good question. My answer is no longer. The truth is that when we start something, the Russians and the Chinese take retaliatory measures. In the case of AI, for example, China invests heavily in AI, and will surpass – or may have surpassed – the US. We are great, we spend a lot, we are successful. But we no longer dominate, as before.