How the eclipse affected the nature 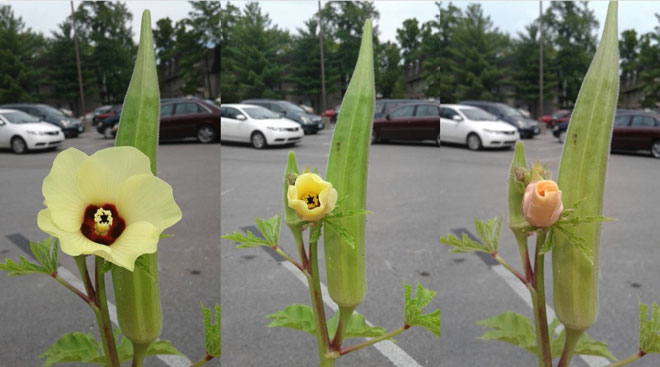 On August 21, the inhabitants of the Earth observed one of the rarest natural phenomena – a total solar eclipse. For the first time since 1918, a solar eclipse crossed the North American continent from the west coast to the east. However, despite the beauty of the phenomenon, American scientists noted the destructive effect of eclipse on the nature of the country.

The singing of the cicadas became very loud, and the flowers quickly turned off the petals. To learn how an eclipse will affect animals and plants, scientists have prepared several experimental projects. Experts of the California Academy of Sciences in San Francisco have developed a special application for smartphones – iNaturalist, by which anyone in the US could be detected by the impact of the eclipse on the environment. Data collected from all over the country were published in a scientific report.

It is known that the behavior of animals depends on the time of day, the biorhythms of all living things work on the basis of changes in the amount of sunlight and temperature. Previously, scientists observed the strange behavior of insects, chimpanzees and baboons during a solar eclipse. The eclipse covered a huge territory on August 21, and the iNaturalist application allowed to register observations of 350 species of animals.

Among the observations, most were devoted to dogs and cats, who somehow reacted to the eclipse. Chickens also reacted to a sharp drop in temperature during the eclipse. According to observations by Tim Reynbotta, University of Missouri employee, chickens come out of the shelter, where they usually hide from the heat, and began to clean the feathers that birds usually do before going to bed. When the sun reappeared, the hens again hid in the hen house.

Eclipse also affected the horses. Observers noticed that foals were behaving excitedly: they ran and jumped, which usually happens at sunset.

Specifically, the eclipse was reacted by insects and birds. Immediately before the eclipse, the singing of the cicadas was particularly loud, and when the moon closed the sun, all sounds were cut off very abruptly. Similarly, the singing of birds changed, some of which began to stray into large schools.

Fishermen also noted the successful catch of large fish during the eclipse. Large species feed early in the morning and late in the evening, and a daytime eclipse could disrupt the fish’s biorhythms.

Eclipse also caused strong tides, which provoked the break of networks with Atlantic salmon at the fish farm of the State of Washington. Rivers turned 305,000 individuals Atlantic salmon, which is dangerous for the ecological balance, as the native salmon species in the state is the Pacific.

Some observers posted photos of flowers that fold petals during an eclipse, which usually occurs at sunset.