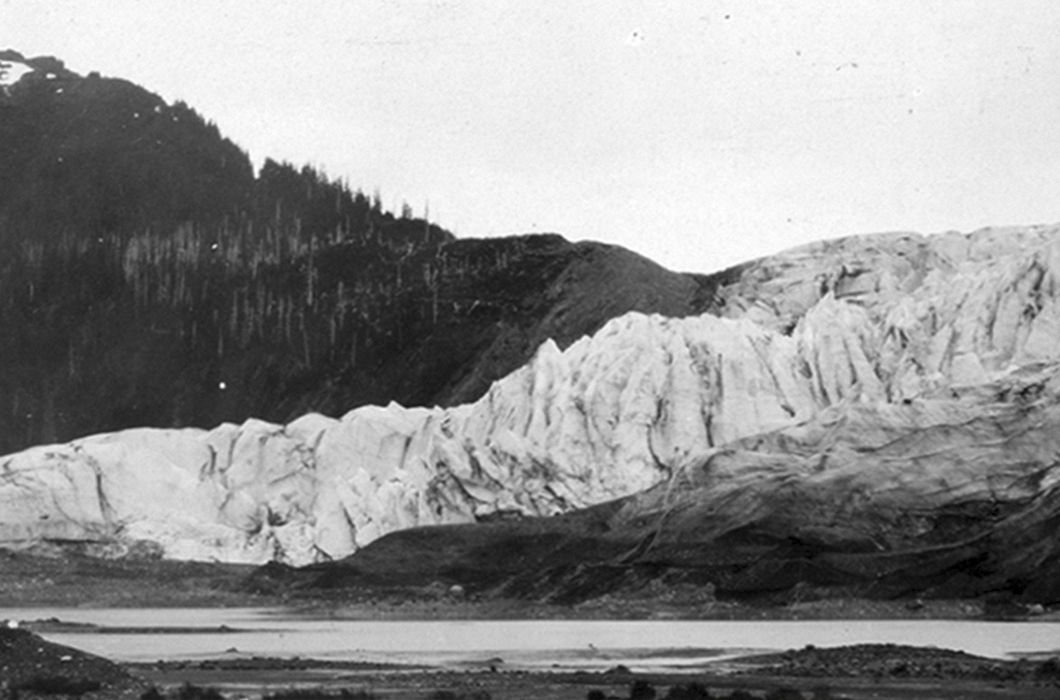 Do you still think that global warming does not exist? In the early 1900s, the glaciers of the Arctic were considered one of the most mysterious and unexplored wonders of the world. Over the past century since then, many times they have been examined and imprinted on film, so it is not difficult to trace how they gradually changed.

The Swedish photojournalist Christian Osland, who works with Greenpeace, collected some of the very first photographs of the glaciers of the Spitsbergen archipelago (Norway), stored at the Norwegian Polar Institute and compared them to modern photographs taken in the same places and at the same angles. The difference between them is striking: 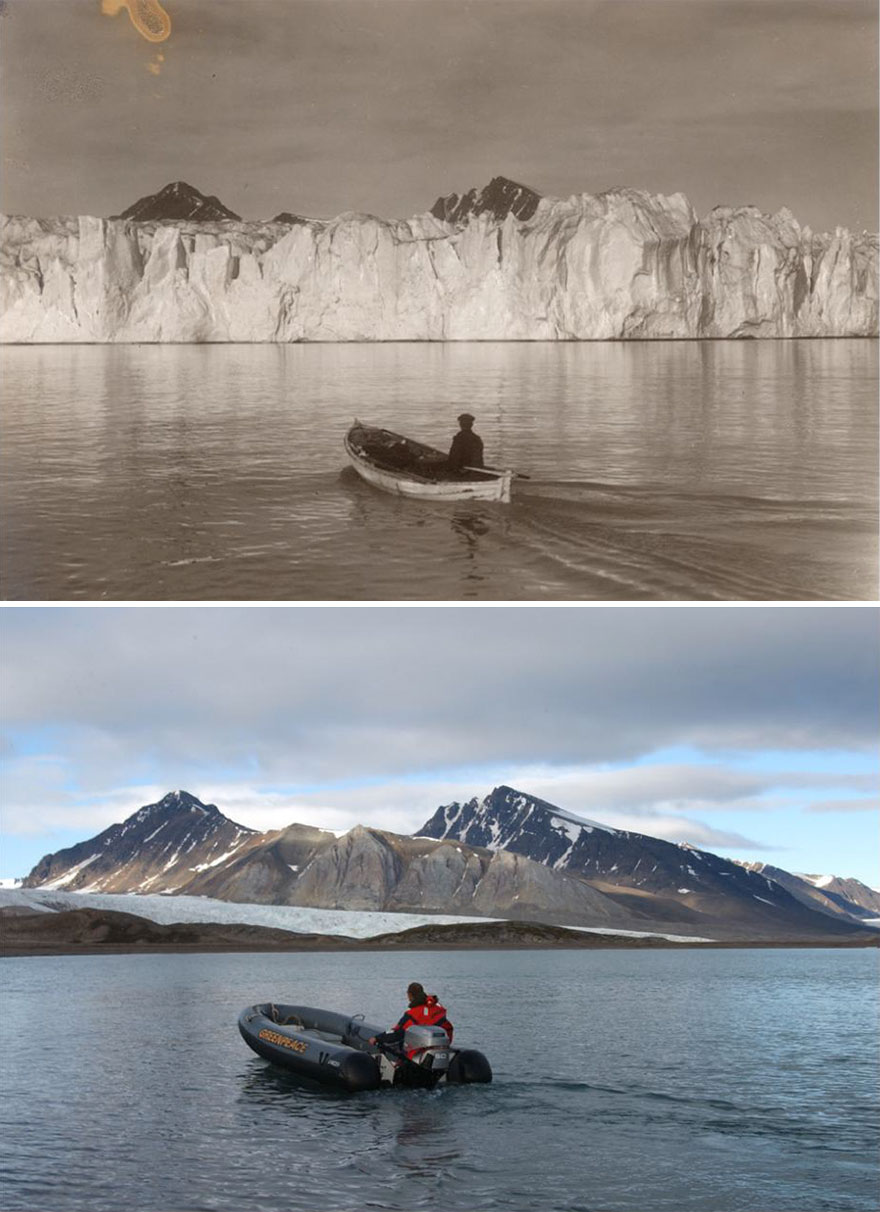 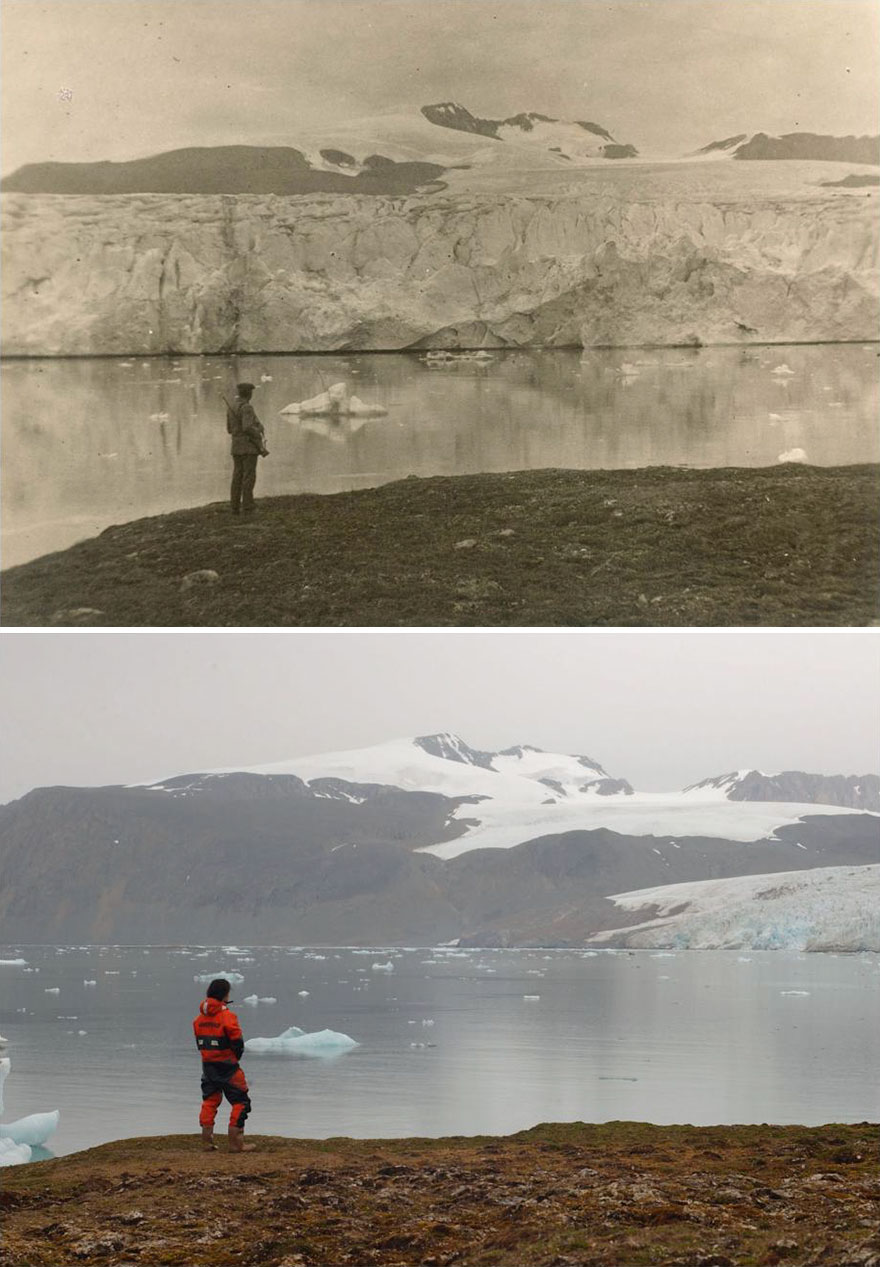 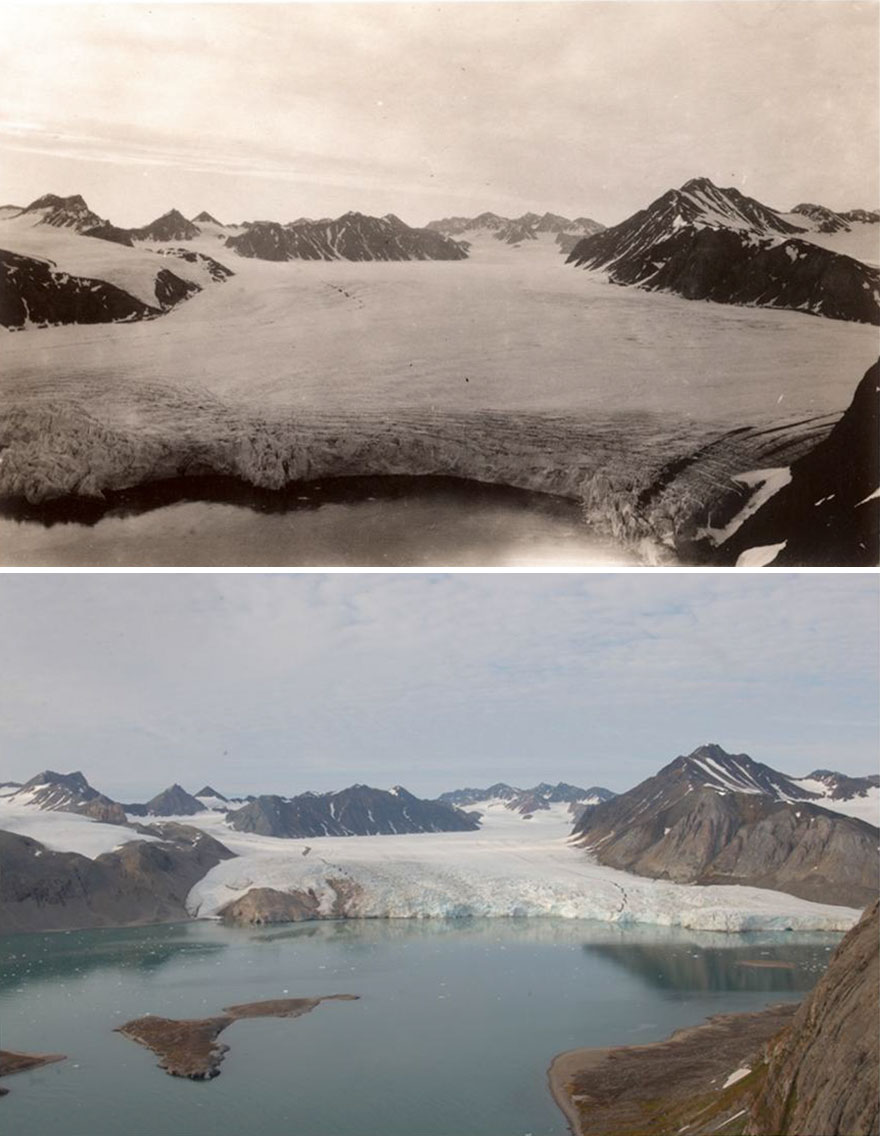 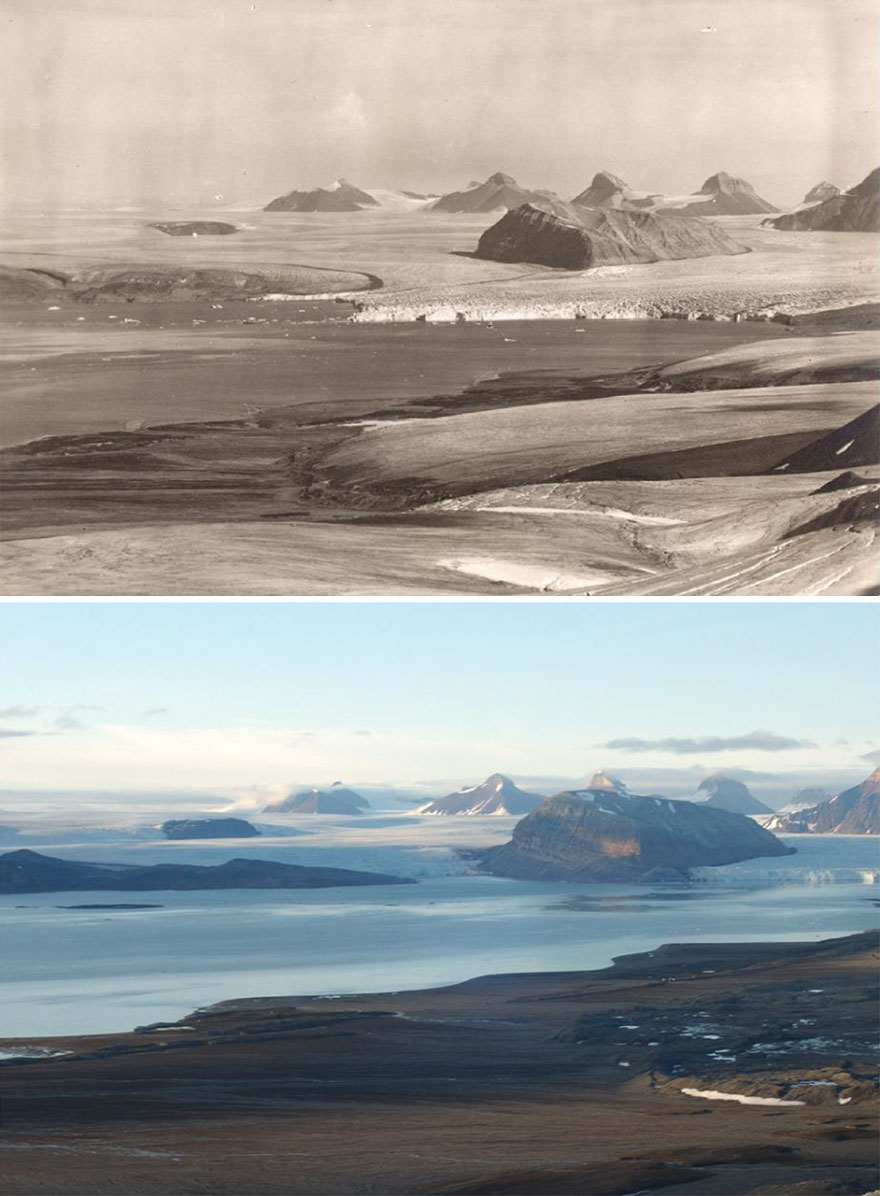 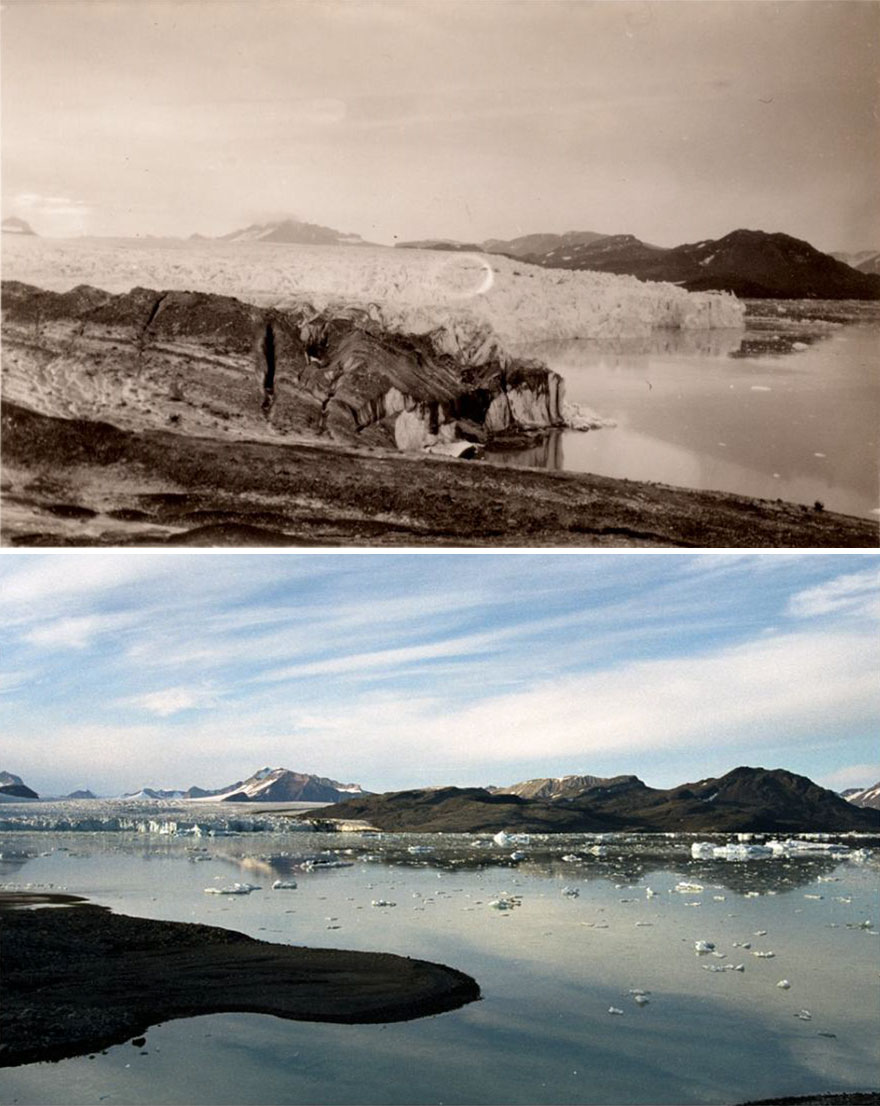 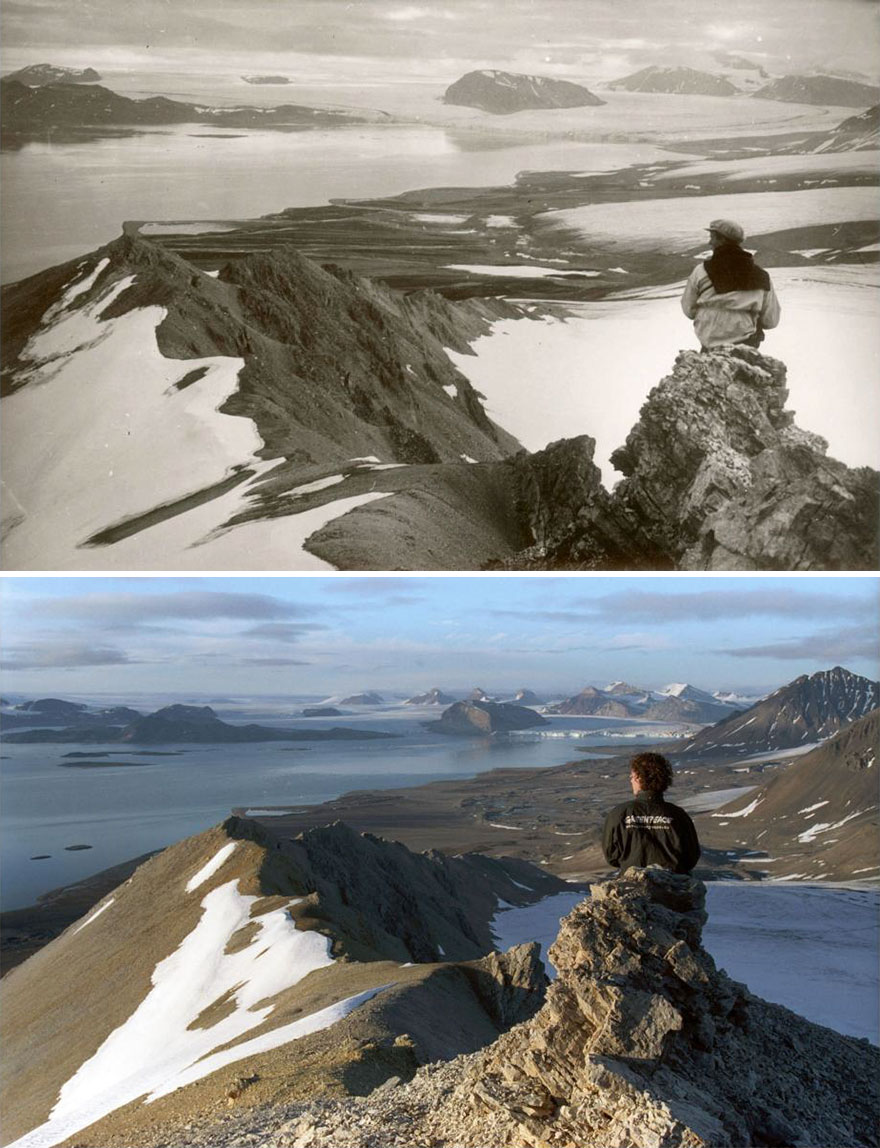 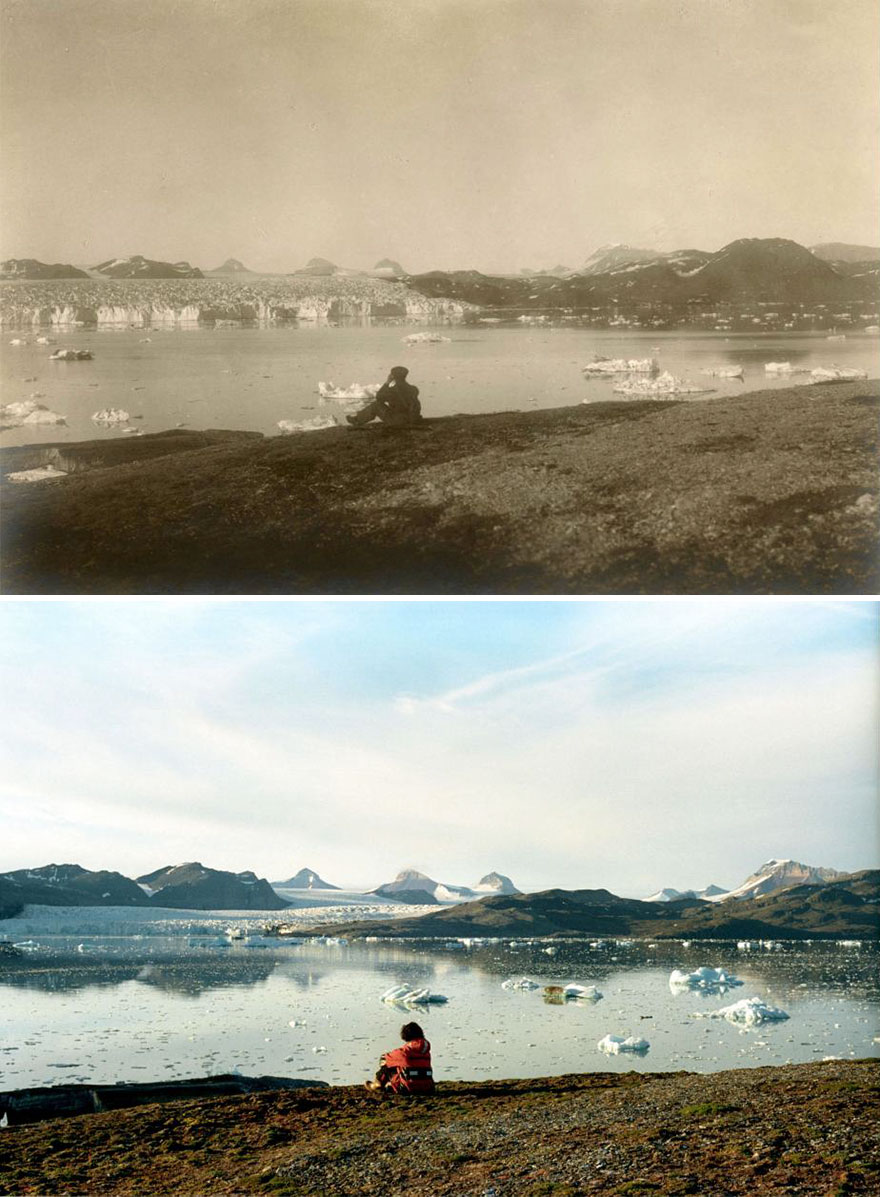