How the inhabitants of other planets can look 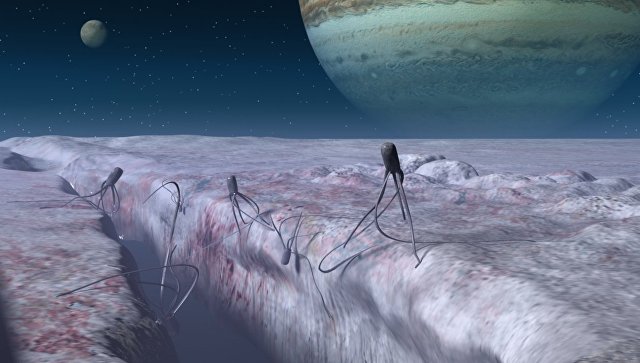 Astrobiologists offer to look for signs of life on the planets nearest to the Earth and their satellites. Ecological niches, suitable for living microorganisms, are on Venus and Mars, Europe and Enceladus. RIA Novosti tells about where in the solar system is most likely to encounter with extraterrestrial beings.

Space at an altitude of 51-65 kilometers from the surface of Venus can be inhabited, according to British scientists. They found that the temperature there ranges from minus 20 to plus 65 degrees Celsius. The atmosphere consists of water vapor, highly saturated with sulfuric acid aerosol. Under such conditions, extremophile bacteria that feed on sulfur survive. For example, the Archaean Picrophilus, which lives in hot brines of the island of Hokkaido.

On Earth, extremophiles occupy the most lifeless places – hot underground springs, oxygen-free reservoirs, permafrost. Some microbes have adapted to feed on inorganic substances, assimilating them with the help of solar energy. Cyanobacteria survive at temperatures up to 70 degrees – at higher values, chlorophyll breaks down in their cells.

A weak magnetic field does not protect Venus from the flow of high-energy particles of galactic radiation. Solar flares are more dangerous there than on Earth, whose orbit is farther away. But the atmosphere of the “planet of the crimson clouds” is several times denser than the terrestrial and better delays radiation. However, there is still no chance to survive on the surface of Venus, scientists believe.

The liquid oceans and the biosphere may have been on early Venus, but the subsequent greenhouse effect turned it into a dry sterile desert. It is unlikely that life was preserved beneath the surface of the planet, in the ground. The only place where it can hover is among the clouds high in the atmosphere. For example, the bacteria Mesophilic Deinococcus radiodurans survive even when exposed to ten kilograms. A hyperthermophilic archaea Thermococcus gammatolerans reproduces at 88 degrees and withstands the radiation dose of three kilograms. 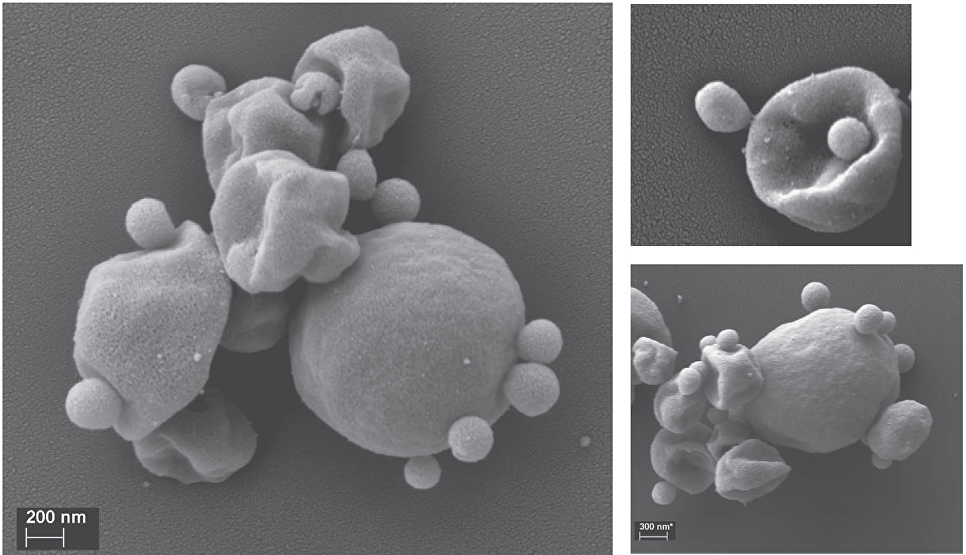 The Underground Ocean of Mars

Many scientists believe that Mars and Earth three or four billion years ago were similar and equally rich in water. American geologist Timothy Parker saw on the pictures of the Viking the contact zone of land and sea around the Northern Wasteland (Vastitas Borealis) – an extensive lowland near the North Pole of the planet.

Judging by the preserved relief, the Martian Ocean was a periodically swampy, lowland wetland. It is estimated that about 2.3×107 cubic kilometers of water could accumulate there. A third of it evaporated, a third went to the formation of the polar ice cap, and another third could be preserved as an ice layer under the earth.

Unlike Earth, the climate of early Mars was cold. However, the Red Planet could be the cradle of life, scientists from NASA believe. The discovery in the Gale crater of deposits similar to those formed in geysers, was extremely inspired by the proponents of the hypothesis of panspermia, in which comets were brought to life on Earth.

The drying out of oceans and lakes does not mean the disappearance of life. It is known that some of its forms are capable of extracting moisture from the atmosphere or soil. In addition, on Mars five million years ago there were conditions suitable for life. Then the inclination of the planet’s orbit was 45 degrees, which means that the poles received twice as much solar heat as now. About the same as the polar regions of the Earth.

The polar caps of Mars now do not melt, but five million years ago they resembled the present Antarctica. The closest analogue of the south pole of Mars is the dry frozen rocks of the high-mountainous University valley in the south of the continent. They are similar to those found by the Phoenix apparatus on the Red Planet.

In the frost of the University valley, which does not melt even in the summer, microorganisms were found. Scientists have isolated parts of the DNA of several strains of bacteria, archaea and lower fungi. All of them were at rest or died. In the laboratory, several species were able to awaken to life. 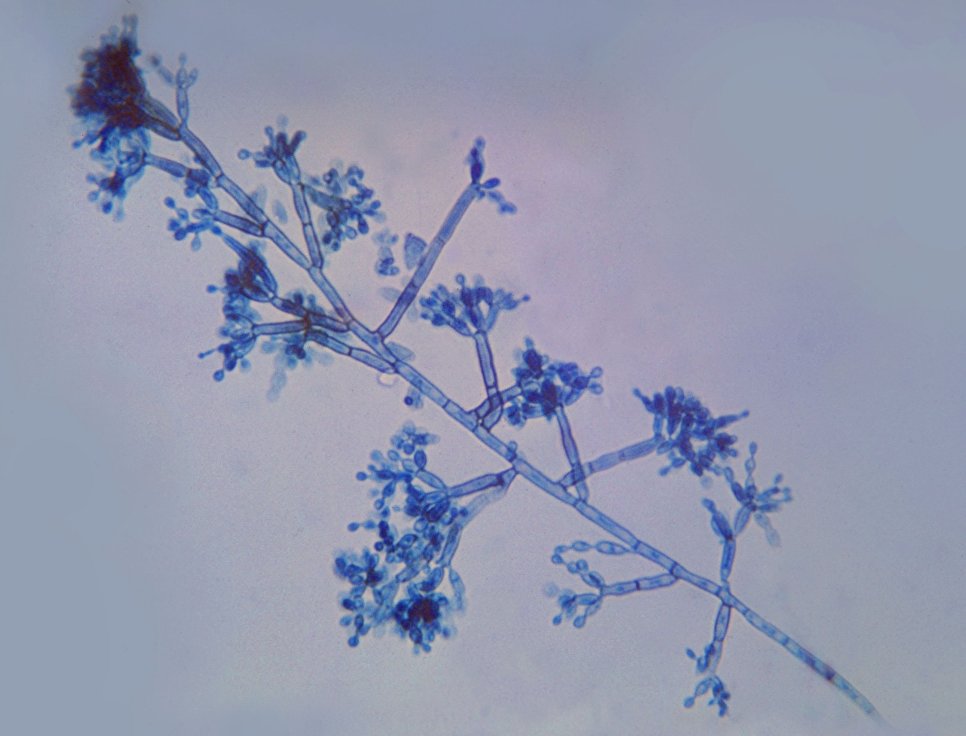 Fungi of the order Chaetothyriales, found on the stones of the University Valley

The sixth-largest satellite of Saturn, Enceladus, is covered with ice 40 kilometers thick. In 2011, the device “Cassini” recorded the release of water, sodium chloride, ammonia and carbon dioxide at the southern pole of Enceladus. This led scientists to assume that under the ice is a salty ocean. Hence, the satellite has internal sources of heat. According to calculations, the water temperature in the ocean can be 26 degrees Celsius, although on the surface – minus 170.

A warm salty ocean is a suitable place for living. From cosmic radiation protects the ice shell. True, he does not miss sunlight, but this is not critical, as many groups of microbes live in total darkness. For example, organotrophs are bacteria that exist due to organic decomposition, or hemotrophs, using the energy of oxidation-reduction reactions.

The conditions of Enceladus are close to the subglacial lakes of Antarctica. The most accurate analogue is the relict Vostok Lake under a four-kilometer layer of ice. However, living organisms have not been found in it yet.

But Untersee Lake is reassuring. The glacier above it never melts and misses only five percent of the world. Despite this, there was found a high content of methane microbial reward, and at the bottom revealed powerful bacterial mats and stromatolites. 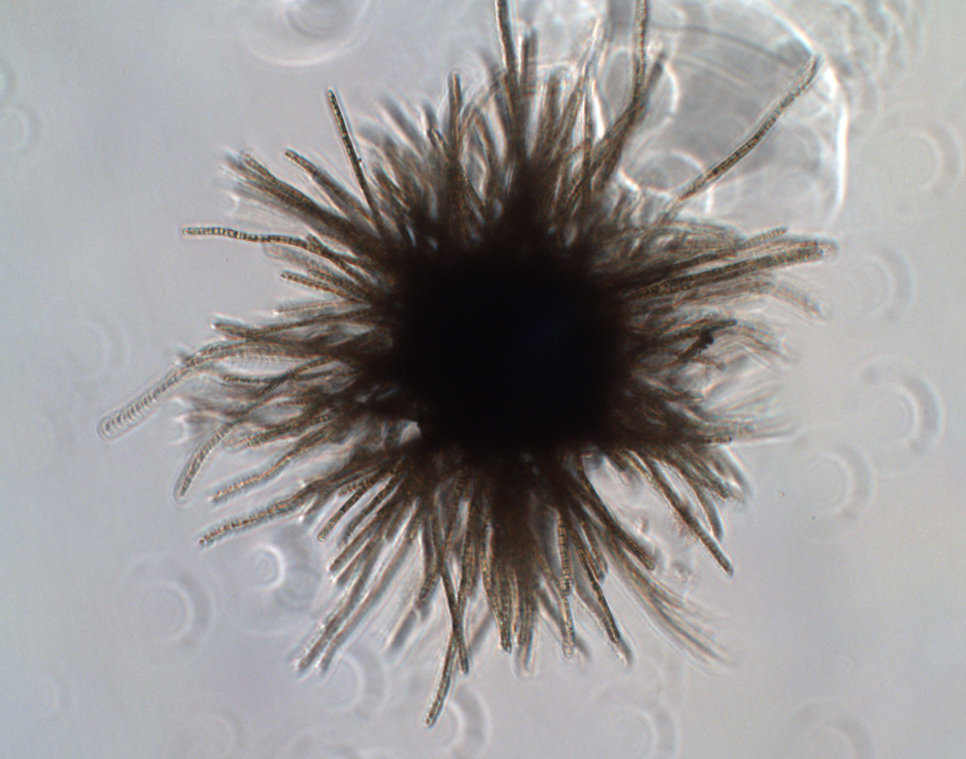 Colonies of the cyanobacterium Trichodesmium thiebautii stain the tropical waters in red. But the red bands are found along the faults on the icy satellite of Jupiter – Europe