How to build a module that will be able to live on Venus for at least a week?

It’s been a long time since someone tried to land on Venus, one of the most hostile planets in the Solar system. It is covered with sulfuric acid clouds, and the temperature on its surface reaches 460 degrees Celsius and atmospheric pressure 90 times greater than earth’s. Lead, zinc and tin on Venus are in a liquid state, and the atmosphere of carbon dioxide weighs about the same as our ocean kilometer of depth — enough to crush a submarine.

Despite all this, in our time, the planet began to attract the attention of the Japanese mission akatsuki has successfully entered orbit around Venus in December 2015; the 2020s will be a new mission planned by NASA and ESA. Even Russia is planning to repeat its highly successful mission Venus” and “VEGA” 70-80-ies. Everywhere will participate orbiting spacecraft that will study the planet’s atmosphere, magnetic field and geography.

To truly understand the planet, you need to pull on her lander. Modules can check the chemical composition of air and rocks on the surface and to understand how to look like the bowels of the planet. “Venus-D” was the lander, but the period of its mission did not exceed three hours. The previous record of survival on the surface put the module Soviet “Venera-13”, which landed in 1982. It lasted for 127 minutes in a toxic and corrosive environment of Venus. 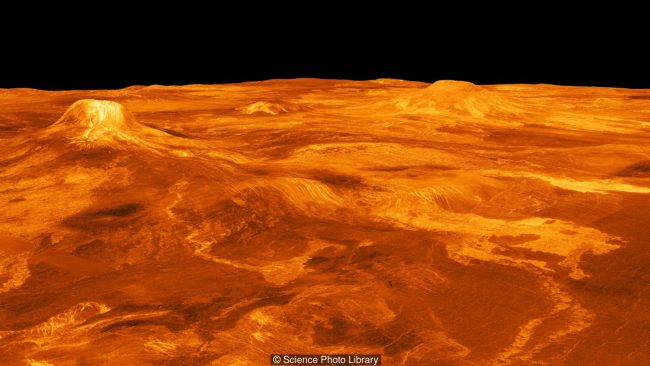 To make a probe that will live longer than a day at least — requires durable electronics that can withstand high temperatures, or the cooling system for the probe, which, in fact, will be in the oven. He will have to work without the solar panels, which are not effective on the planet with an eternal shadow. Battery will not last long and will not be able to produce enough energy.

Speaking about electronics, NASA scientists are looking for new materials for computer chips, which will continue to operate at high temperatures. “At 500 degrees centigrade rules of the game are changing,” says Gary hunter, a research engineer at NASA. — Need other insulators and other contacts… Need to figure out how to collect these schemes together.”

The problem is, says hunter, that at high temperatures many materials behave differently. For example, silicon is a semiconductor, and high temperature — about 300 degrees — it becomes a conductor and is less useful for electronics. Another problem is that even if the silicon of the scheme survives, it is difficult to come up with materials for connections between the schemes that will continue to work in the hot atmosphere of Venus.

Hunter says NASA is engaged in electronics, silicon-based carbide, which can work longer at temperatures of the Venusian surface. The disadvantage of this approach is that such chips will be weaker than a modern computer. According to the 2014 presentation, which was presented by the Venus Exploration Analysis Group NASA, such electronics will be in power comparable to the electronics of the ‘ 60s. “We are not going to “Pentium,” says hunter. But if a little poraskinut brains, that may be enough to take pictures and receive data from the probe and send them into orbit on more advanced orbital module.

The aim of the researchers, according to hunter, to get the electronics to work thousands of hours to survive at least one Venusian day is 117 times longer than the earth.

With regard to energy systems, Timothy Miller and Michael Paul of Penn state University suggested the use of the Stirling engine. 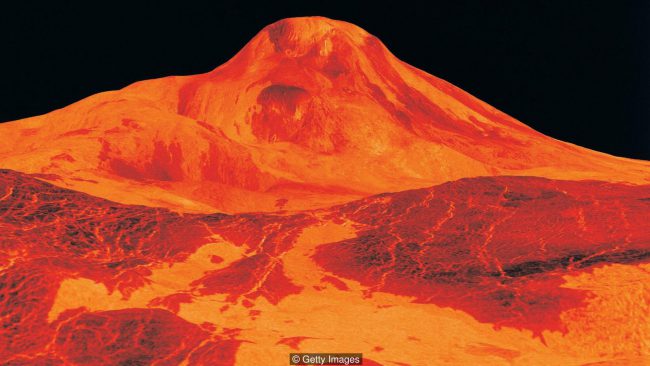 The Stirling engine starts with a working fluid inside the cold chamber (cold means the temperature is lower but not quite low). The fluid is compressed by the piston and moves the second chamber, where it is heated. The heated liquid expands, moving the second piston associated with the first wheel or lever. As soon as the second piston moves, it pushes fluid back to the cold end where it cools, and the cycle begins again. While there is a heat source, the engine continues to run. Today, Stirling engines are used in cooling systems and even in submarines.

The technology exists since 1816, it was invented by Scottish clergyman Robert Stirling. Miller and Paul think that this old idea can be used for spacecraft of the future, and wrote about it in the journal Acta Astronautica. NASA has already financed the first test.

Stirling engine says Miller, can provide enough energy to cool the electronics and give the electricity tools, so they can operate longer than batteries. The working fluid is likely to be helium, because it more efficiently transfers heat than other gases and does not react.

But the same energy all is: the Stirling engine needs fuel. Miller and his team stayed on lithium, which can burn in the atmosphere of carbon dioxide and nitrogen. (Nitrogen makes up 4% of the air of Venus). Also lithium melts at 180 degrees, making it an effective liquid fuel on Venus.

This reduces the weight of spacecraft at launch — all you need is to take lithium. 50 pounds in combination with the motor and fuel setup can provide the probe with energy for two days, in accordance with the studies of Miller.

The engine needs to be configured as a single-piston system, cold one side and hot on the other; the piston will push the alternator back and forth, generating electricity. The Miller team did some testing at 4-5 atmospheres; need additional funding to conduct tests in conditions close to Venus.

In addition, lithium does not pollute the environment. It would seem, on an uninhabited planet to think about it in the least, but scientists do not like this approach. They need a system that will equally nice and clean to work in all conditions, not only on Venus.

When lithium burns in an atmosphere of carbon dioxide, a lithium carbonate. From this it follows that the testimony of the lander, exploring the atmosphere will not be disfigured exhaust gases.

If the team of scientists will be able to show that their system operates at a pressure of 90 atmospheres, it will be possible to speak seriously about the possible flight to Venus. If you can show that it will last at least a week.

Venus and Earth are similar in many ways. Their radii differ only by a few percent, and the mass of Venus is 81% of the earth. When the planets formed, they were in the neighboring parts of the solar nebula, so their basic structure is also similar. Technologies that will allow us to create long-lived lander may be the key to the solution of the riddle: why one planet is home to life, and the other became a branch of hell.