How to catch time by the tail 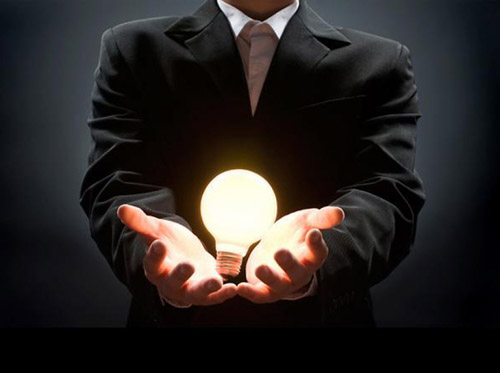 Another statement belongs to the author of the book “Fight club, Chuck Palahniuk, which was slightly less sentimental. “For some, everything happens fast, for some slow. We have no power over the laws of gravity, and accidents are beyond our control, all of us in the end will get”.

Even more interesting conclusion was made by the fashion designer Diane Von Furstenberg. For her, aging is similar to the appeal to the myth.

In the General understanding of the types of aging can be as much as and all years in human life. What do you think about science? In order to disentangling this tangle misconception — or, who knows, its even more confusing.

The first thing that comes to my mind is of the planetary age. We have a superstition that it is only on the young planet could support life, although we have no reason to believe that such assumptions are correct. The young Earth must have been a certain set of conditions – whether chemical, thermal, kinetic, which at least allowed life to emerge, or even pushed her to the further development of complex molecular structures and their functions. But we don’t know if it should always be that way. You can assume that old planets in connection with the cooling decreases the geophysical activity, and there can be huge changes in the climate when their stars are the lights getting old and starting to throw more and more energy. This may have a detrimental effect on life… or not.

For astrobiology aging may be part of a larger issue. 13ю8 the universe billions of years, and so here we are. Maybe our existence has something to do with this period of her life? Perhaps in the distant future the universe will not be capable of any life support, as well as was not capable of it in his early years. It may well be that now is the best time for the existence of life in our universe.

Hope Garen. Geochemist and geobiology at the University of Hawaii, author of “the Girl from the lab”

When I think about aging in Geochemistry, I think about radioisotope Dating. It’s a method of determining the age of comets. This method uses radioactive isotopes, that is atoms that spontaneously change the configuration of their subatomic particles, losing particles during radioactive decay. You may know that uranium is decays to lead. The period of radioready is the most constant and accurate of all known science. So if I measure the ratio of uranium and lead in the stone, you will be able to determine its age, i.e. the time that the atoms of a stone actively disintegrate. So here geochemists determine the age of rocks. Most interesting is that with the development of technology itself is evolving and changing Geochemistry. For example, in 2010, geochemists have discovered the mechanism of determination of minute quantities of lead in the substance. So, rock, the ratio of uranium/lead in which was originally considered as 9.0/3.0, now has a value of 9.0009/3.0003. In other words, in 2010 we learned that this stone is actually younger than we thought in 2000. Here and obsolete the stone age.

That is why the geological time scale (schematic, which depicts the era and time) requires constant corrections. Note slight differences between the 1983, 1999, 2009 and 2012. Even our age is the age.
Kenneth Poss. Biologist, Director of the Next Regeneration Initiative at Duke University

Me most is the relationship between the ability of tissue to regenerate and age. Mammals at the embryo stage of development, and even newborns, have a good capacity for recovery after injury, a feature that disappears in adolescence and adulthood. In the first week of mouse development even able to cope with a heart attack, which will not be over, although at an older age without scarring not do. What is the cause of such changes of regenerative abilities?

Like animals, humans also diminishes with age the ability to regenerate. This affects our muscles, blood and the generation of new neurons in our brain, and other tissues. So I, like many scientists have linked the aging General decrease in the regenerative potential of our tissues. The most exciting thing about this all is that by studying why and how regeneration works and what factors influence young and old in the body, we understand that we need to do to improve the quality of life.

I’m a geologist in the sedimentary rocks. Living your ordinary human life, measured in decades, I study the fragments of shells and broken old stones (dirt, sand, stone), everything again became boulders hundreds of millions of years ago. Every day my consciousness makes the journey between these two different perceptions of time – which also means a different perception of ageing. Most of my research took the study of mountain structures on the Eastern border of North America, the history recorded in sedimentary rocks of Devonian times, somewhere between 419 and 359 million years ago. Now the Appalachian mountains sharper and higher, raised by the continental collisions in the period from 450 to 300 million years ago.

Anyway, once risen, all the mountain ranges begin to wear out and succumb to erosion. Over time, the surrounding mountains of the territory are covered with sand, gravel and mud, which gradually become stones. In the West, the Appalachian mountains, sedimentary rocks show the ageing of the mountain belt. Part of the story can be understood through a change in the type of sediment and changes of mineral particles in these rocks. Layers of clastic quartz alternate with layers of white quartz with an admixture of metamorphic Sandstone. And so it goes, keeping the story of the aging of Appalachia through the centuries.

Now, after 450 million years, the Appalachians are still prone to erosion. They still fall, aiming for a completely flat plain. Well, getting old.

Jerry McManus. Examines the Land, is a Professor of Earth and Planetary Sciences at Columbia University

I wonder aging in the context of the ocean depths, and how water moves from the surface into the abyss and then spreads through the depths of the Atlantic ocean to the Pacific. In this case, aging refers to the last contact of the water with the atmosphere. Carbon-14 and other similar isotope counters serve as clocks of aging, and tell us that somewhere in the depths of the Pacific ocean is “living” water with age more than a thousand years, and that the age of water in different parts of the ocean in the past was different.

Sarah Elwood. Geographer, Professor of geography at the University of Washington

How to get old map? In short, very different than before. In the world of paper card growing up was always delicate, and sometimes not at all in the name of preserving their value for future generations. Now in the world of digital maps are all very different. Aging interactive maps dynamically. They represent your past, present and future. Aging means growth, change, a sense of liveliness and creativity.

Charles Briggs. Socio-cultural anthropologist, Professor of anthropology at the University of California

Think about how obsolete modern folklore. Let’s say something terrible happens, like 9/11 or something less social society. Suddenly this appears hearing all about it start to speak. Initially, the rumors are true full details. Gradually, the public if they liked, and they started to spread, these items disappear, and to replace them come new, non-existent, and actively begin their life. Rumors continue to spread, become richer and swannee, acquiring new shades. Not that it was all a lie, just so it’s easier to retell. Now it all depends on how many people like each individual incident.

And then what? Usually, the story dies. By this time most of the rumors and gossip has already exhausted itself and lost the slightest connection with reality, completely replacing it with fiction. Here it is the result of aging of folklore.