How to change the psyche of a person with ordinary water 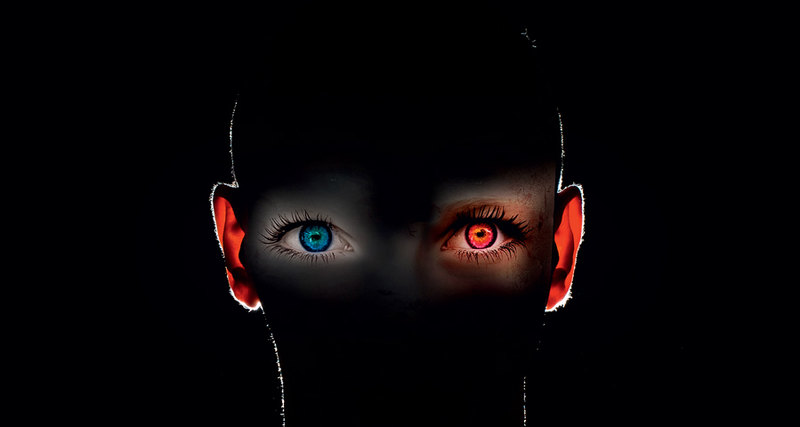 Temporarily change some of the properties of the psyche can be without strong drugs or electromagnetic radiation. With the help of ordinary water!

People are often unhappy with themselves. Some make special efforts to look at the world in a new way and find hidden opportunities in themselves. They go to the mountains, attend trainings or “open the chakras.” Their goal is to become another person, an improved version of themselves. And since the desire for personal upgrade in people is inexhaustible, the development of science will help to realize it with frightening effectiveness. Although in the future, perhaps a high demand will use a short-term personality change.

This is convenient in a situation that requires qualities that you do not have. For example, a shy person turns into an orator for an hour and speaks freely to a large audience. This is really to expect in our lifetime, and this forecast does not require excessive imagination. It is possible to temporarily change some of the properties of the psyche already today. And without effective drugs or electromagnetic interference.

Fred Mast, professor at the University of Berne, head of the department of cognitive psychology, perception and methodology of the Institute of Psychology: 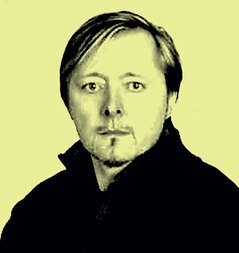 “From the point of view of behaviorism, any purchase is a struggle between pleasure and pain: the pleasure of owning a thing and the pain of parting with money when paying. On one side of the scale is the attractiveness of the thing, on the other side – comparing the price and the maximum amount that the buyer is willing to pay. The caloric test does not affect the maximum possible price, but it stimulates the activity of the islet portion of the cerebral cortex. The island share is usually responsible for the signals of disgust, which reduces the attractiveness of the thing, thereby reducing the likelihood of a purchase. ”

If a person shows unjustified optimism, it is very easy to bring him back to earth. It is necessary to rinse his left ear canal with a small amount of cool water. After this safe and painless procedure, a person begins to assess the situation more realistically. And it’s not about the experienced discomfort – washing the right ear will not give such a result. Perception of the world changes due to stimulation of the right lower frontal gyrus. Pouring water into the left ear, you stimulate some areas of the right hemisphere of the brain (and vice versa). This experiment was carried out by scientists from the University of London, along with colleagues from the universities of Basel and Zurich.

Some patients as a result of neurological disorders completely ignore one half of the space. If you ask them to draw a clock face, they will draw a circle, but fill it with numbers only from one side – say, 12-1-2- … 6. After a caloric test in the left ear, they draw the dial in perfectly normal form. Ignoring temporarily disappears, the perceived world expands twofold. 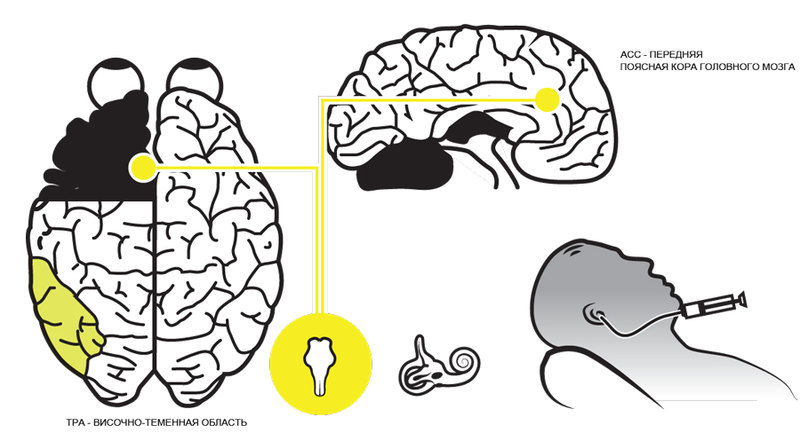 Flushing the auditory canal is an old method, well known to neurologists called caloric test. The patient’s head is thrown back at a certain angle, about 20 ml of water is gradually fed through the flexible tube into the external ear canal, which is then poured back. Depending on the chosen temperature, water leads to cooling or heating of the liquid media of the inner ear, which causes convoluted movement of the endolymph in the horizontal semicircular canal, irritating its receptors. Usually this sample is used to diagnose the vestibular apparatus (its English name is Caloric vestibular stimulation, CVS). However, the potential of this procedure is much higher. Specialists have found that it stimulates individual areas of the brain and allows to influence the cognitive and psychological conditions of a person.

With a similar syndrome, anosognosia, the patient does not realize (and denies) having a problem, such as visual defects or limb paralysis. When the patient is washed with the ear, he changes for a while: he begins to recognize his paralyzed hand and recognizes its immobility.

Although the effect does not last long, the caloric test can improve speech perception in case of aphasia (speech disturbance due to damage to the verbal cortex of the brain), reduce phantom pains and even relieve the symptoms of mania in a situation where neither antipsychotic drugs nor electroconvulsive therapy help. All these results of such a simple procedure are caused by the stimulation of several brain regions through an effect on the receptors of the inner ear. But the most unexpected consequences of washing the ears scientists began to discover recently, working with healthy volunteers. 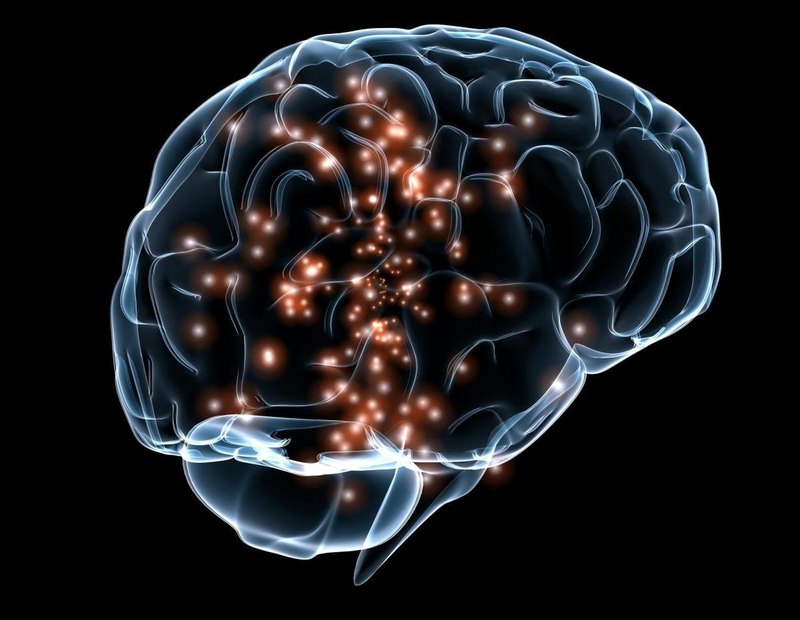 And for the healthy

Neurophysiologists from the University of Bern (Switzerland) found that a caloric breakdown can affect the desire to make a purchase. In their experiment, about forty young women selected the goods they were ready to purchase. If the subject studied the catalog after infusion into the left ear of cool water (20 ° C), the attractiveness of the goods for the customer decreased and the amount of her purchases decreased markedly. Such a warm infusion did not have such an effect.

A caloric sample demonstrates how closely everything in the brain is interconnected. Washing works on the vestibular system, somatosensory areas, excitement can reach sites associated with emotions and motivation.

Experiment with customers is especially interesting because the conscious choice of a healthy person was influenced. Moreover, it turned out that it depends on the temperature in the inner ear region! It turns out that even the highest mental functions of a person can be accessed from completely unexpected places. Of course, humanity will not miss it. Take care of your ears!