How to gain super vision? 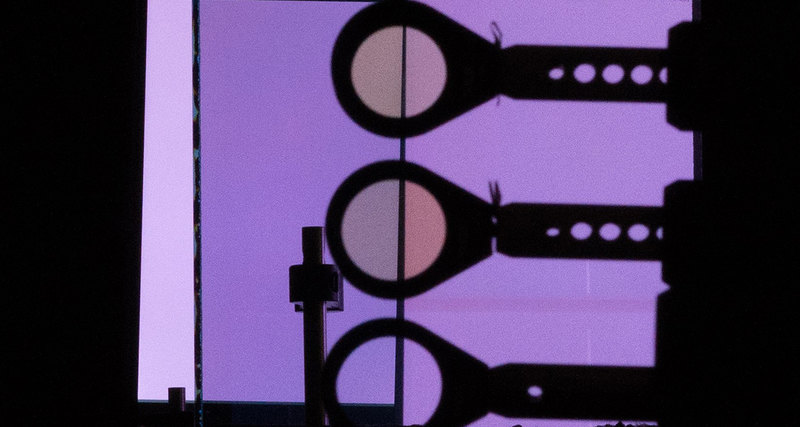 Sometimes it is almost impossible for a person to distinguish similar colors from each other. Even located nearby, they look the same to the human eye. Now specially designed glasses will allow people to distinguish even barely visible shades, and in the future they will help us recognize fake money bills or camouflage against a background of vegetation.

Glasses created by a team from the University of Wisconsin-Madison enhance a person’s color vision, allowing him to see metamers — colors that look the same, but give different wavelengths in the light — like recognizably different shades.

Human vision relies on three types of cones that respond to short (blue), medium (green) and long (red) wavelengths. So is it possible to fool the eye so that it seems to have a friend type of cones? In theory, in this way our vision can become tetrachromatic from the trichromatic one, that is, we will see four color channels. Some animals see four color channels. For example, goldfish have cells that react to red, blue, green, and ultraviolet.

The physicist Mikhail Katz and the team developed two color filters for the eyes that pull certain parts out of the blue spectrum. When each eye receives slightly different spectral information about blue, any slight differences in color will be more pronounced, scientists suggested. So it happened.

They tested this effect by showing people colored squares, perceived as metamers, on computer and smartphone screens. For the naked eye, the squares seemed exactly the same, but with the glasses, the subjects easily distinguished them.

Scientists used two filters, since one filter revealed differences between metameres, but because of it other colors looked somewhat unusual. The two filters balanced each other and removed the distortion of perception.

So far, with the help of filters one can distinguish metameres only in the blue part of the visible spectrum. Katz hopes that next we will be able to see green shades, and then he will start developing special tools that will allow people to notice fake bills, see changes in the surface of fruits and vegetables where they start to deteriorate, and also notice camouflage objects.