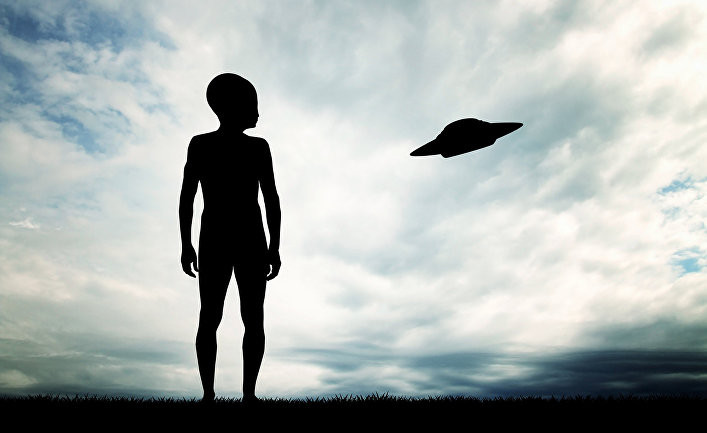 Dozens of children, filmmakers and scientists took the idea of how to look like aliens. If they exist, are they like us or take the most unimaginable forms? The answer to this question really depends on our understanding of evolutionary processes occurring at the deepest level.

Over the years Hollywood has generated a fair amount of alien humanoid. At first this choice was dictated by the need: special effects demanded that someone was wearing a rubber suit. Ironically, now that computer graphics can do everything, kinomomente look more humanoid, so that the audience was able to emotionally empathize with them, a clear example is “Avatar” by James Cameron.

Currently, the only form of life available for our study, exist here on Earth. They have a common origin 3.5 billion years ago, but this common ancestor gave rise, possibly around 20 million existing species of animals. Their bodies are arranged in line with approximately 30 different types of the structure of the bodies of large groups, defined as types of organisms.

But when the animals first became divided into the types of about 542 (or more) million years ago during the Cambrian evolutionary “explosion” could exist even more types of basic structures of organisms. Take, for example, Patillas equipped with a trunk opabinia, petiolate and resembling a flower dynamic, as well as our distant cousin the chord piciu.

In the famous thought experiment by the biologist Stephen Jay Gould (Stephen Jay Gould) have wondered what would happen if we rewind the tape of life and start it anew. Gould argued the importance of the case in evolution: it is necessary to change one little thing a little earlier, and the effects of changes increase over time, like a snowball. In the known version of the story, pikaia or something very similar to it, survived and gave rise to fish, amphibians, reptiles, mammals and finally us. But what would happen if she did not survive? Could another group to breed sentient beings so that you can read the text now with five eyes instead of the usual two? If our origin on Earth really were based on this axis, why the aliens evolved on other planets, should even remotely resemble us?

The answer, according to evolutionary biologist Simon Conway Morris (Simon Conway Morris), lies in the phenomenon of evolutionary overlapping: the process in which distantly related animals appear very similar features. For example, similar to the streamlined shape of dolphins, tuna and the extinct ichthyosaurs developed in each species during evolution independently of other as a response to selective pressure for efficient fast movement under water.

But some aspects of the biology of the aliens can see us? Carbon biochemistry shows that the carbon forms a stable chain, while also creating sustainable, but easy to break connections with other elements. Other elements, the most illustrative example is the silicone and sulfur and form less stable compounds at temperatures similar to existing on Earth. Water or some other solvent also seems necessary. To evolution, there must be some mechanism for the storage and reproduction of information with reasonable accuracy, such as DNA, RNA and similar. And although the first cells appeared on Earth quite early, the appearance of multicellular animals took almost 3 billion years of evolution. It is therefore possible that life on other planets may be stuck at the stage of unicellular.

On the planet, resembling the Earth, it is also possible that the radiation from the alien sun or suns to be used biochemically as a source of energy. For efficient use of the light with respect to a large number of multicellular primary producers will probably require a system of accumulation of light from leaves and branches. Similar forms and rules have evolved on Earth converged, so similar to the Earth planets, we can expect a variety of, familiar forms of “plants”.

With some exceptions, animals or primary producers, or each other, the options are endless. The search for food often requires such movement to the mouth was in front, that is, the animal must have a beginning (head) and end (tail). The movement on a solid surface requires special structures (e.g., cilia, muscular foot or feet) at the interface, that is supposed to be the back and upper sides. Usually, this also entails bilateral (right-left) symmetry: indeed, most of the animals belongs to the “Sverdrup” called “bilaterally symmetrical”.

And how huge with the brain and intelligence of substance, able to move in interstellar space? Insects are the most species rich group on Earth, why the aliens are not to be like them? Unfortunately, if your skeleton is on the outside, you find it difficult to grow, it also implies that you periodically shed their shell and re build it. On a planet similar to the Earth, all relatively small creatures of the earth, the skeleton of which is located outside and would break under their own weight during molting, and to accommodate a complex brain, may require a significant size.

A relatively large brain, a certain amount of ability to use tools and problem solving, it seems, are interconnected on the Ground and repeatedly evolved from monkeys, whales, dolphins, dogs, parrots, crows and octopuses. However, monkeys are much better developed the ability to use tools. This is at least partly a consequence of walking on two legs, freeing the front legs and the dexterity of our fingers (which may also be the key to the emergence of writing).

In the end, the question of how intelligent alien beings will remind us, remains open. Maybe the presence of only one pair of eyes and ears (enough for stereo vision and stereology), one pair of legs (an abridged version of the originally more stable of the two pairs) is set, but maybe not. Many other organs are also paired as a consequence of our evolutionary deep-rooted (and perhaps inevitable) bilateral symmetry. However, some parts of our building are only the result of the case. The fact that we have hands and feet with five fingers, is a consequence of the reliance on the five fingers of our ancient quadruped ancestors, whose close relatives were based, sometimes seven, and eight fingers.

Indeed, most species are vulnerable to “lock” in the course of development that led to more stereotipnoe and less flexible during the evolution of the structure of the body. Sort functional and casual — one of the major outstanding task for evolutionary biology, which will help us to better understand how alien life forms will be different from us.

The main way of our search for intelligent life in space is trying to intercept radio or gamma-broadcast. These actions increasingly focus on solar systems with planets similar to Earth, as it is believed that they might have life. In the end, it is easier to find “life, familiar to us than the life about which we know nothing.