How to master agriculture on Mars? 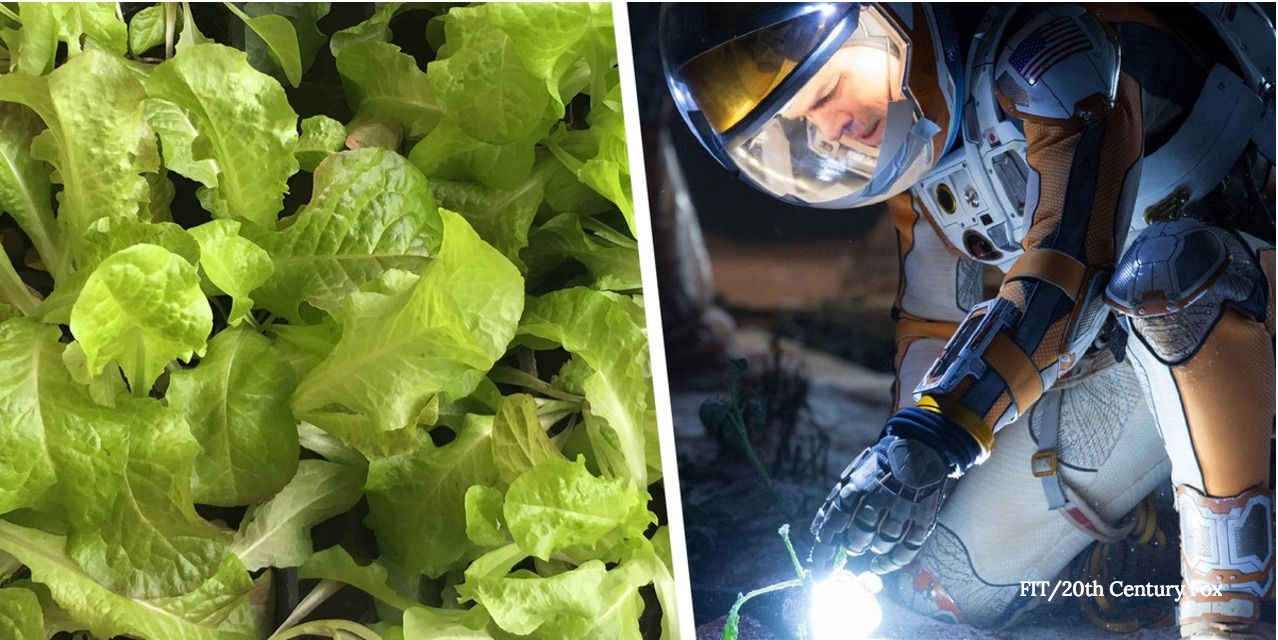 To send people to Mars – the task in itself difficult, however will be far more difficult to found colony on Mars. Life out of the Terrestrial biosphere will demand or deliveries of food from our native planet, or we should grow up food already on the place and as the first option is absolutely impractical and extremely costly in the long term, we should resort to farming on the Red Planet.

If you watched the movie “Martian”, then remember how the main character grew up potato in the greenhouse, using the Martian soil, frozen kcal of team of expedition, and the water received during chemical reaction.
“In reality everything is much more difficult,” — Ralf Fritsshe, the main project manager on production of foodstuff in the Space center of Kennedy (NASA) says.

NASA plans to send astronauts to Mars by 2030th year, and the SpaceX company under the leadership of Elon Musk offers the aggressive program for colonization of Mars which basis the System of Interplanetary Transport (ITS) shall form. But even if SpaceX will manage to send people to Mars, they have no plan yet how they will grow up food there.

To contain at least one person on Mars at least 1 billion dollars a year – only on food will be required. It is obvious that here other approach is necessary.
“Elon Musk offered the world a challenge,” — Daniel Betcheldor, professor of physics and space sciences at Florida institute of technology, the head of Space Institute of the Buzz Oldrina told. – “We know that we aren’t able to contain colony on Mars on only one deliveries from Earth. The colony shall become self-sufficient to survive on the Red Planet”.

Fritsshe and his colleague from NASA Trent Smith united together with scientists from the Space Center of the Buzz of Oldrin to understand how after all to grow up something on Mars. Biologically waste of astronauts can be quite good help in this case, however to create an analog of the terrestrial soil it will be required to us a lot of things still – from means for a soil detoxication to artificial bacteria.

“In the Martian regolith the organic chemistry is absent,” — Brook Viler from Florida Technological college of Aeronautics says – “To use waste, whether it be excrement or a remaining balance of food for compost, the redutsenta, organisms mineralizing organic substances (bacteria or mushrooms) will be required – only at their presence plants can consume the nutrients which are in waste”.

Viler and her colleague Drew Palmer, the associate professor of biological sciences at Florida Institute of technology, use the soil imitating Martian, hoping that they nevertheless will manage to think up a method to grow up food on Mars. The used analog of the Martian soil is a volcanic sand from Hawaii in which there are no nutrients, necessary for plants. 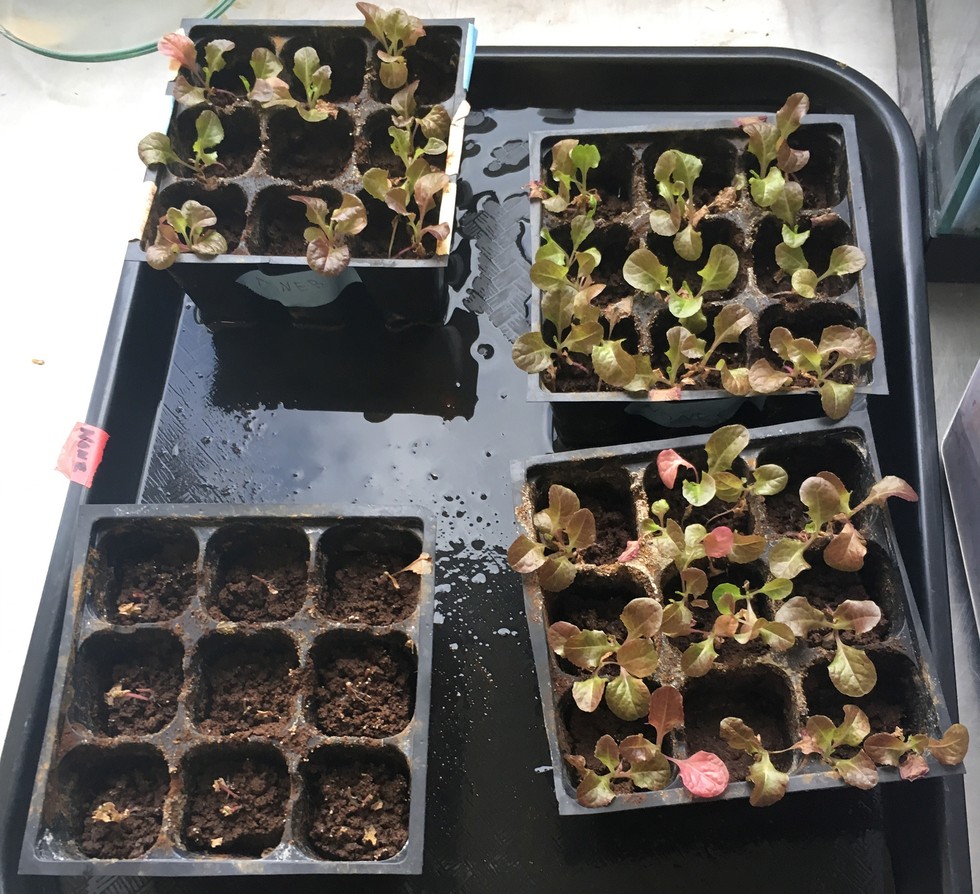 Imitation of the Martian regolith is a quite good beginning, however Viler and Palmer realize that imitation incomplete. One of the main problems which future colonialists should face is toxicity of the Martian soil. The Martian regolith is filled chock-full by salts-perchlorates, toxic for the person, which are used in production on Earth and are capable to cause serious diseases of a thyroid gland. Before turning Mars into agricultural holding, we will be required to save a method the Martian soil from perchlorates.
“We are extremely interested in creation of the artificial microorganisms capable to clear the soil of toxic substances,” — Palmer – “Says it quite possibly, here, at us on Earth”.

Researchers also suggest to send a robotic mission to Mars for several months before the first person steps into the surface of the planet. Robots will be able to prepare the Martian regolith for use, having saved it from toxic substances, and will begin to plant plants. The idea is in that on arrival of astronauts to Mars to provide them already working farm which not only will supply them with provisions, but also will help with maintenance of life support systems, giving additional oxygen and regulating toxicity of air. 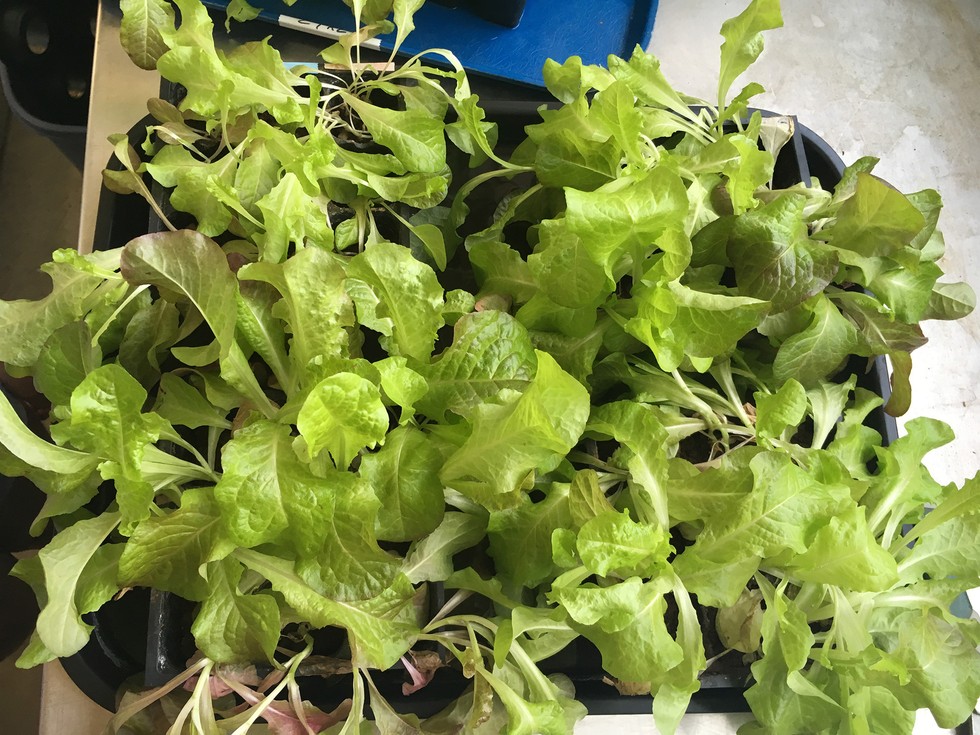 In addition to a practical task, the farm on Mars will perform also function on maintenance of psychological health of participants of expedition. Trent Smith, directing the Veggi project on the International Space Station where for supply of plants with nutrients in the conditions of a microgravity the hydroponics is used, saw with what pleasure astronauts on the ISS were engaged in cultivation of plants in differently lifeless place.
“As they are at the space station, in, one may say, hostile conditions, with all these cables and wires, with only one metal and plastic around … when they have these small growing leaflets and backs for which they care – for them it as a house piece, a small piece of the nature,” — Smith notices. “There, on Mars, it will mean much”.

“If we planned expedition for months, there would be quite enough only one hydroponics – this method is extremely effective,” — Smith says. – “But as we want that expedition remained there for a long time, there is a sense in switching to agriculture. It is possible to use also that, and other method.”

Anyway, we should use all our ingenuity as type again to learn agriculture, only this time – in hostile conditions of other planet.
“We as if will return to a condition of early agrarian society when we studied how to process the earth,” — Batcheldor says. “However instead of use of fertile soil of our planet, we literally should create the new soil on Mars”.