How to read the text on the burnt scroll? 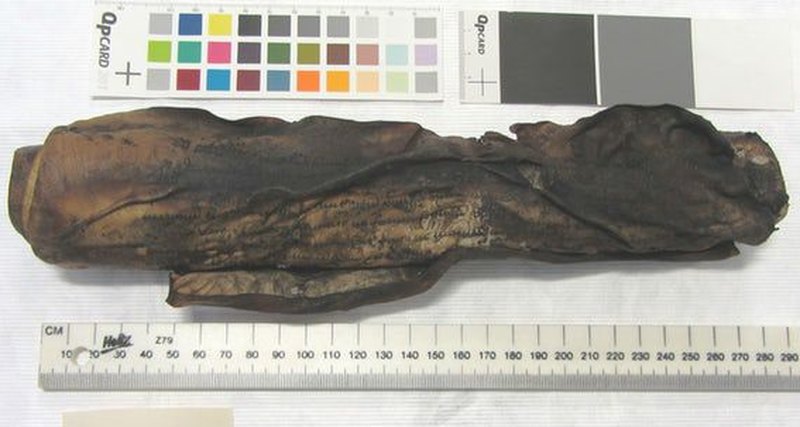 The scroll was found at the Diss Heywood estate in Norwich, England, right in the crumpled pile of burnt paper. As a result, the layers of the scroll merged together, because of which the text could not be read. But by applying advanced medical X-ray technology, researchers at Cardiff University were able to decipher the text, which had previously been considered completely lost to history.

X-ray technology created thousands of cross sections of the text, brightening the text, making it brighter and more legible. Then, the cross sections were assembled using a computer algorithm, eventually unfolding the scroll into a flat form suitable for reading.

Now the team, under the leadership of Professor Paul Rosen, asks for more texts, as there are many documents in museums that are too fragile to open or expand.

The analysis showed that the scroll contained government information, “including details on the transfer of land, payment of fines, list of jurors, and so on.”