How to drink alcohol and not get sick 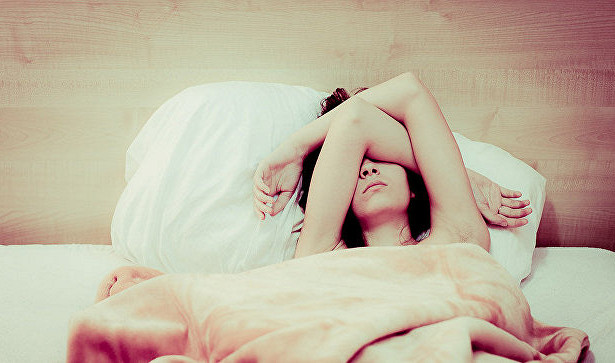 During drinking, people do not think much about what awaits them the next morning. But in vain. Unquenchable thirst, headache, general weakness – that’s the constant companions of a strong hangover. When it’s bad, it’s better to see a doctor, and the condition of moderate severity can be neutralized at home. If, of course, know how alcohol acts on the body.

When the morning is worse than evening

From the stomach in the blood gets a small amount of alcohol consumed. Most of it is absorbed through the walls of the duodenum, strewn with a large number of blood vessels. Together with the blood molecules of ethanol (the active substance of any intoxicating beverage) fall into the portal vein that goes to the liver. There, some molecules are split, the rest continue to circulate through the circulatory system, until they again pass through the liver, where some more quantity will decompose.

Wandering of alcohol in the blood continues until its concentration drops to a natural level. Yes, in the human body there is always a certain background amount of ethanol, although very little – no more than one milligram per liter. In total, the liver processes about 90% of the alcohol taken on the chest, the rest excretes the kidneys in the urine, lungs on breathing and skin through sweat.

When ethanol is detected, the liver uses three basic enzymes – alcohol dehydrogenase, cytochrome 2E1 and acetaldehyde dehydrogenase. The first two oxidize ethanol to form acetaldehyde, which is then converted by a third enzyme into acetic acid, which decomposes into water and carbon dioxide with the release of energy. Of all the decay products, acetaldehyde poisons most. And the faster he leaves the body, the sooner will the person feel better and the less damage will be incurred by his organs. The fact is that acetaldehyde is a chemically active molecule that interacts with proteins and breaks their function. The central nervous system, various tissues get under attack. This causes general weakness, an unhealthy state next morning after a feast.

The ethanol is cleaved the sooner the more active the enzymes are. The concentration of alcohol dehydrogenase depends on the sex, weight and age of the person, but more on genetics. Unfortunately, it is impossible to artificially increase the activity of this enzyme. True, the performance of another enzyme – cytochrome 2E1 – can increase against the background of regular consumption of alcoholic beverages, so “trained people” come back to normal faster. And yet, sobering up in any case takes time, which means that you can prepare for a hangover and need to beforehand, even before you took the first dose.

How to help the liver

Considering that acetaldehyde is extremely aggressive, it is logical to associate it with some extraneous substance. To help come regular activated charcoal (the norm is simple: one tablet for 10 kilograms of body weight). It can be drunk and before the holiday – it will greatly facilitate the morning condition. Other sorbents, for example enterosgel, oatmeal porridge, rice, will also come into play.

As the main impact of ethanol takes on the liver, it will not be superfluous to unload it. It is often enough to drink pure water so that the hot one leaves the body with urine. A warm shower will speed up the removal of ethanol and acetaldehyde through sweat. With the same task will cope jogging or active charging, if, of course, you can force yourself to do them. But those who have problems with the cardiovascular system, it is better to refrain from motor activity.

Acid will slow the formation of acetaldehyde, and therefore, will limit its accumulation in the body. Its a lot in citrus. And it is better to take unprocessed fruits, because they have more useful components. Instead of putting a slice of lemon in tea, it is better to eat a whole orange or grapefruit.

Some and a piece can not be swallowed by a hangover, while others awake a brutal appetite. Of course, to drink on an empty stomach is not necessary, because of the digestive system, alcohol gets into the blood quickly. Dense snack, this process slows down three to four times. However, it should be noted that the liver is already actively working, trying to split and withdraw ethanol with acetaldehyde. Do not overload it with more food, especially greasy. Appetite is better to satisfy with light soups, porridges, white fish, puree from vegetables and other quickly digested food. Since alcohol violates the sodium-potassium balance in the body, it is worthwhile to lean on potassium-rich elements, such as bananas or potatoes.

“Perhaps it’s amazing to hear from a doctor, but it’s more reliable to cope with a hangover by drunkenness, otherwise you’ll have to wait until all the processes described above are completed. 10-12 hours after heavy libations, you can drink 50-70 grams of strong alcohol if you drank it , or an equivalent dose of another drink.As the activity of some enzymes stimulates the other, repeated administration activates the entire exchange cascade, and toxic acetaldehyde will oxidize faster to safe molecules. However, this advice is not suitable for regular use especially to alcoholics – the morning glass at them naturally will lead to a drinking-bout “, – Alexey Buyevov, the professor of the First Moscow state medical university of a name of IM Sechenov tells.

If general weakness and headache do not go away even after breakfast, sorbents and a shower, you should turn to medications. Just do not take pills containing paracetamol, – panadol, citramone and others. By itself, the paracetamol molecule is harmless, this drug is given as a febrifuge even for young children. It “peacefully” binds to substances that increase its solubility in water, and is excreted in the urine. A surplus of paracetamol starts the process of its decomposition in the liver, as a result of which extremely toxic substances are formed. Alcohol also stimulates the enzymes responsible for this dangerous metabolism. It is better to drink aspirin, and effervescent will act faster.