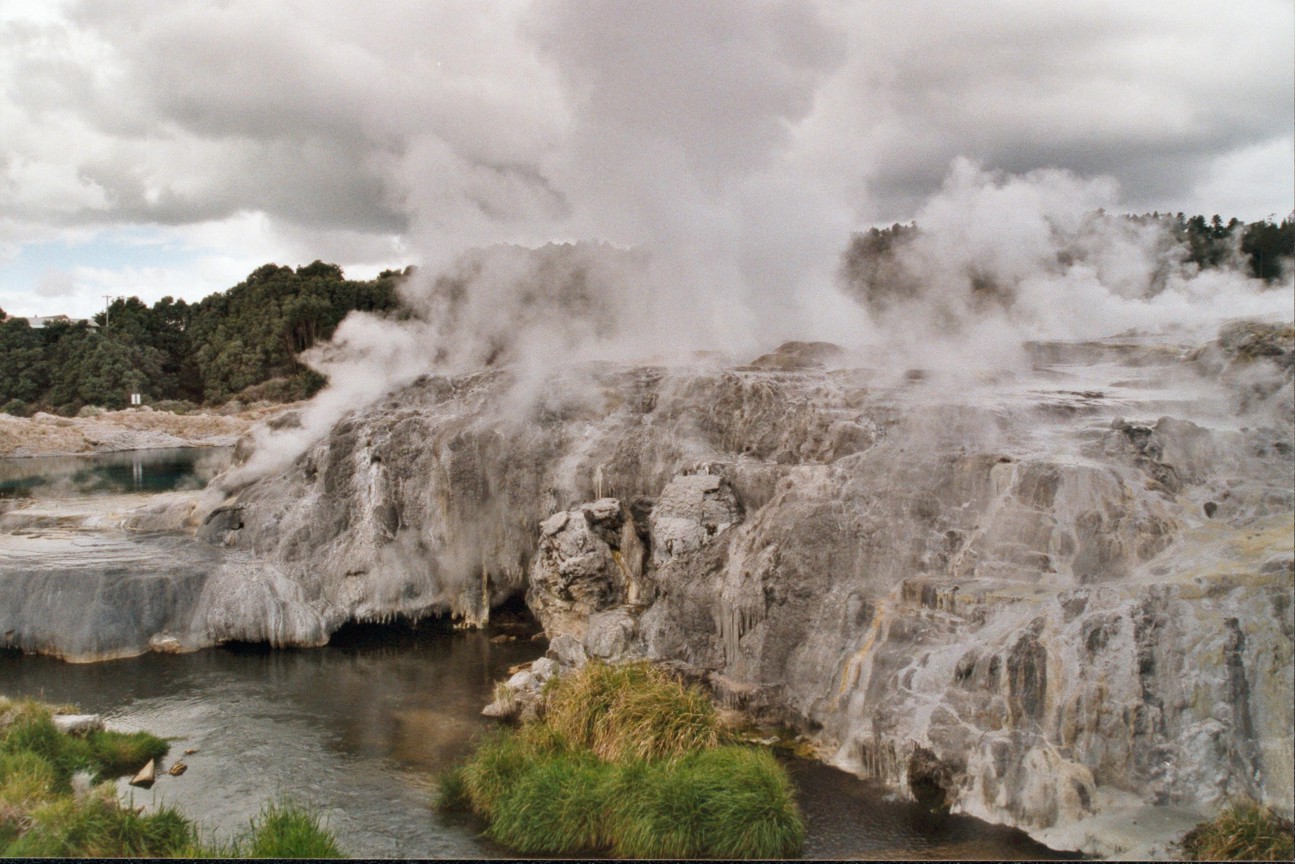 Ethiopia is a state with one of the highest volcanic activity in the world. Scientists have figured out how to provide the entire country with electricity for many years with the help of geothermal sources.

Ethiopia seems to most of the townsfolk as an endless series of dusty deserts, the bustling streets of Addis Ababa and probably wiry runners training somewhere in the background. Do not forget that this region is characterized by one of the highest indicators of volcanic activity on Earth – and all thanks to the East African rift valley that runs right through the heart of Ethiopia.

The rift is a large linear depression in the earth’s crust, which forms during the tectonic plate rupture. In Ethiopia, this led to the release of magma to the surface, which created more than 60 known volcanoes. Many of them have undergone colossal eruptions in the past, leaving huge craters behind them. Some volcanoes are active to this day. Visiting them, one can see muddy ponds bubbling from sulphurous gas, hot springs and dozens of smoking faults.

This steam is used by local residents for bathing and washing, and hot springs often have medicinal properties. However, all this splendor has a much more global application. Such intense surface activity presupposes an extremely high temperature of the liquid in the depths – perhaps there it is heated up to 300-400 ° C. One has only to gain access to these evaporation, and they will be able to launch powerful turbines that produce a huge amount of energy. For a country in which 77% of the population does not have access to electricity, this will be a real breakthrough.

Recently, thanks to the research of geologists and geophysicists, the use of geothermal energy has increasingly attracted the attention of engineers around the world. The volcano is the equivalent of several million solar cells or, on average, about 500 wind turbines. The total unused resource is estimated at 10 GW.

The transformation of geothermal energy into electricity will be based on a pilot project that began 20 years ago on the territory of the Alutu volcano, located in a lake-rich region about 200 km from Addis Ababa. At present, its infrastructure is constantly being modernized, which makes it possible to increase production by 10 times – now the volcano produces about 70 MW. In general, this electrification model is a real miracle for Ethiopia: it not only minimally pollutes the environment, but can indeed provide electricity to the entire local population and help people break out of poverty.

The main problem is that, unlike countries with more developed geothermal economies (such as Iceland), little is known about volcanoes in Ethiopia today. Scientists can not even say with certainty when the last eruption occurred, but in this situation it is a vital issue on which the further strategy of economic development depends.

Over the past few years, experts from Great Britain have come to the aid of African scientists. For three years they traveled “in the field” to monitor the current geological activity and develop methods that would allow safe and reliable operation of volcanoes. This led to a number of fascinating discoveries: using satellite radar, they found that the surface of the volcano was deformed and periodically swelled, like a person’s chest during breathing. During the “inhalation” on the surface, there was a hummock, which gradually settled during a long “exhalation”, which lasted for several years. Geologists are still not completely sure what exactly causes such elevations, but the phenomenon itself is an excellent proof that magma, geothermal waters or gases move at a depth of about 5 km below the soil level.

We measure the temperature 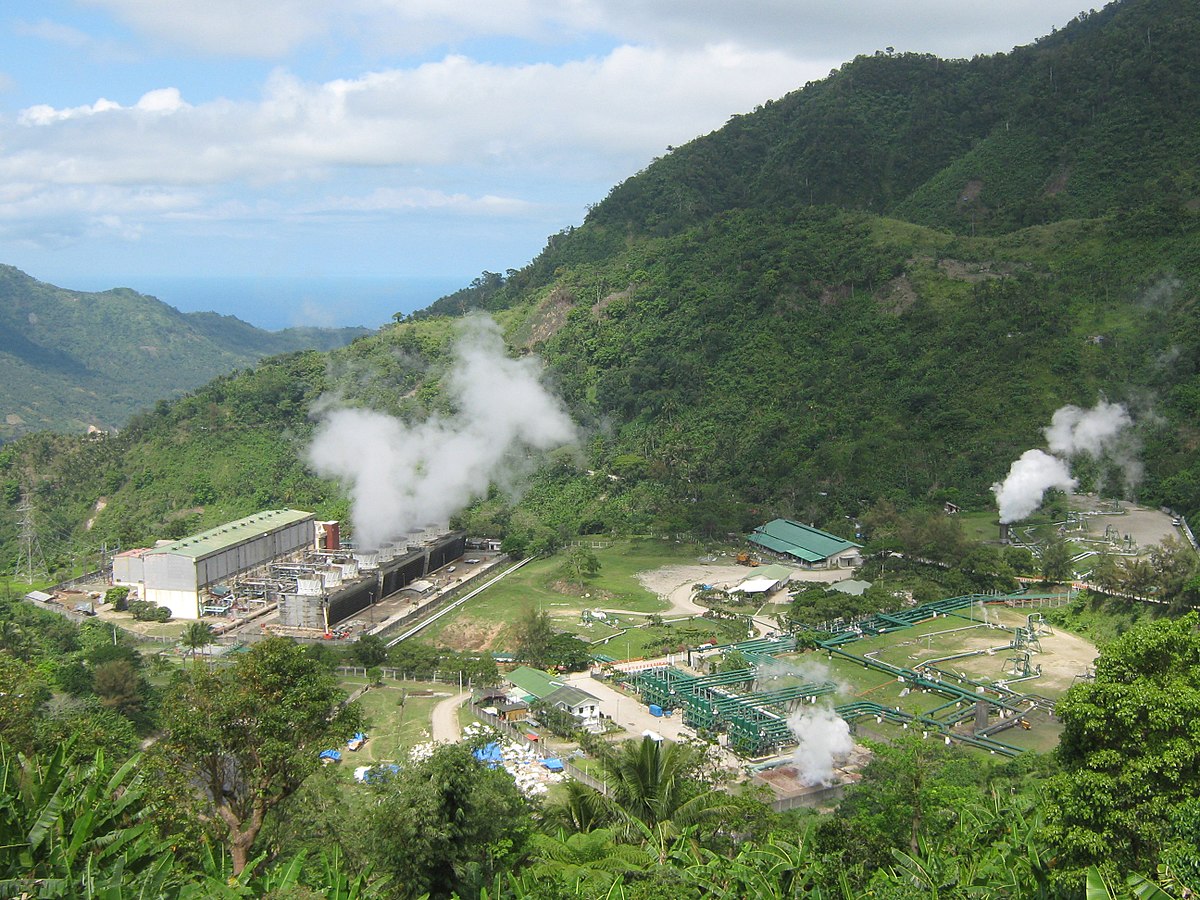 Geothermal power plant in the Philippines

In their latest work, scientists used images from satellite thermal imagers to study in greater detail the yield of steam from cracks in the crust in the territory of Alutu. They found that the places where gases come out often coincide with the lines of faults and cracks of the volcano itself, which are well known to science. By tracking temperature changes for several years, the researchers found to their surprise that most of the faults are relatively stable. Moreover, the “breaths” and “exhalations” of Alutu did not affect the amount of gas and steam produced – which is strange, since after the release of hot matter from the bowels of the earth, the surface temperature usually increases noticeably.

It all cleared up when scientists analyzed rainfall records over the years. It turned out that the cracks and faults are a kind of belated answer to the precipitation falling on the upper rift boundaries. The conclusion is that the faults located closer to the center of the volcano were not affected by precipitation and thus represent an excellent sample of a stable source of geothermal energy with a high thermal yield.

This is one of the first studies that proved that geothermal potential of a region can be studied using conventional satellites – it is a cheap and reliable way to learn exactly how engineers should use volcanoes for electricity production.