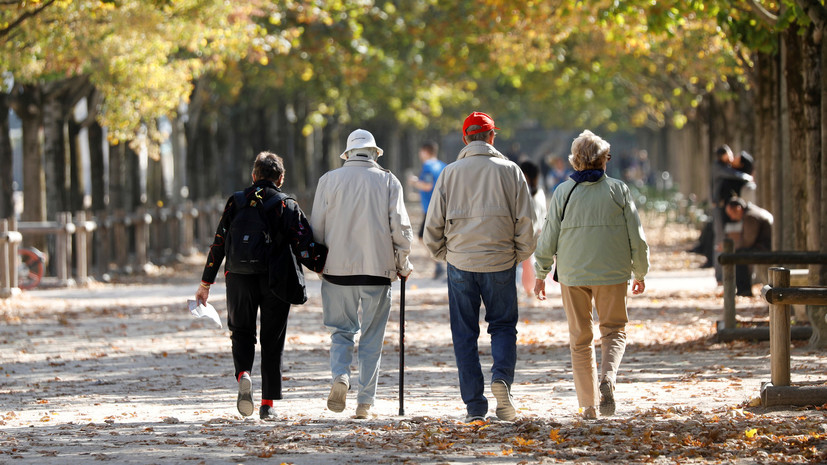 Scientists from the Netherlands have found that weight and height have a much greater effect on the life expectancy of women than men. In a large-scale study involving more than 7 thousand people of both sexes, it turned out that tall and slender women are more likely to live to 90 years than low and full women. In men, this relationship scientists have not identified. At the same time, sports activities increase the life expectancy of both sexes, but for a positive effect, men need to devote much more time to physical activity.

Scientists from the medical center of the Maastricht University (Netherlands) found that weight and height have a much greater effect on the life expectancy of women than men. Experts came to such conclusions in the course of a large-scale study that began in 1986. The experiment involved 7807 people (3,646 men and 4,161 women). At the time of the start of the study, participants were between 68 and 70 years old.

Scientists wanted to find out what is the relationship between height, weight, exercise and the likelihood of reaching the age of 90 years for men and women.

Study participants provided information about their height and weight at the moment and at 20 years of age. Also, the specialists were interested in how much time the experiment participants spend daily on physical activity, for example, walking, cycling, gardening, dog walking. In addition, the subjects provided data on the daily calorie intake, attitudes towards smoking and alcohol, as well as education levels.

At the time of completion of the study, about 433 men (16.7%) and 944 women (34.4%) lived to be 90 years old. The fair sex, who celebrated the anniversary, were on average higher, weighed less both at the time of the study and at the age of 20 compared with those who died younger. Moreover, among women taller than 175 cm, it was 31% more long-lived women than among women with a height of less than 160 cm.

In men, the relationship between body parameters and life expectancy experts did not reveal.

Scientists also investigated the relationship between the time allotted for daily sports and life expectancy. It turned out that among men who gave physical activity more than 90 minutes a day, there were 39% more long-livers than among those who played sports for less than half an hour. At the same time, every additional 30 minutes of daily physical activity increased the chances of surviving up to 90 years by only 5%. For women, the daily 60 minutes of sports increased the chances of overstepping the 90-year mark by 21%.

The researchers concluded that in men, weight and height do not affect life expectancy. To a greater extent, lifestyle and the absence of bad habits are important for them in this regard. At the same time, sports activities increase the chances of surviving up to 90 years in both sexes, but men need to devote more time to physical activity.