How wildfires are affecting our planet 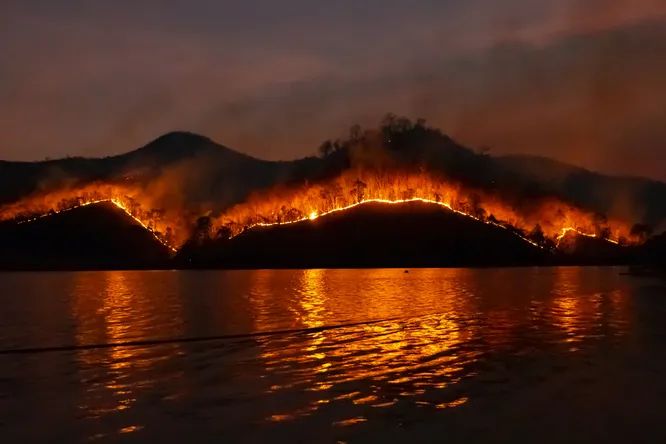 Large-scale forest fires are increasingly engulfing the territories of North America, Europe and Siberia. They not only harm local people, but also affect the global climate. However, not all forest fires can be considered “pests”, we will tell you what is the difference between “bad” and “good”.

Every year there is more and more news about terrible and deadly fires around the world. How does this threaten us?

Forest fires have always existed, long before people began to change the climate and carelessly handle fire. Burning is not only part of the planet’s natural carbon cycle, but also helps the forest grow. First, by destroying the dry grasses of the past, the fire makes it possible for new trees and flowers to germinate. Secondly, a fire is a forest orderly. Old, dry, and diseased trees are burned down to make room for new ones. It also allows more sunlight to enter the forests and returns certain nutrients to the soil.

Alas, now the fires have become much longer and larger. And the main reason for this is global warming. Ironically, carbon dioxide and other greenhouse gases emitted by forest burning only continue to heat the planet, which in turn provokes new fires. It is believed that forest fires account for 5-10% of global CO2 emissions today. According to NOAA scientist Peter Tansa, a fire that destroyed 200,000 hectares could emit the same amount of CO2 as six large coal-fired power plants in one year!

But CO2 enters the atmosphere not only during combustion. For decades after a fire, emissions from decaying dead wood often exceed direct emissions from the fire itself! During a fire, other polluting particles are also released into the atmosphere, which can affect human health.

In addition, the fires change the reflectivity of the planet, called the albedo. Mature forests have a lower albedo than open areas, so fires increase albedo by reflecting more solar radiation. On the contrary, this leads to a cooling effect. Scott Denning, a climatologist at Colorado State University, says some research suggests that the cooling effect in northern forests can last for decades.

Another global problem of forest fires is the loss of biodiversity. The number of many species (both animals and plants) decreases markedly after a long burning. Often animals cannot even return to the place of their former home, since it takes years to restore it.