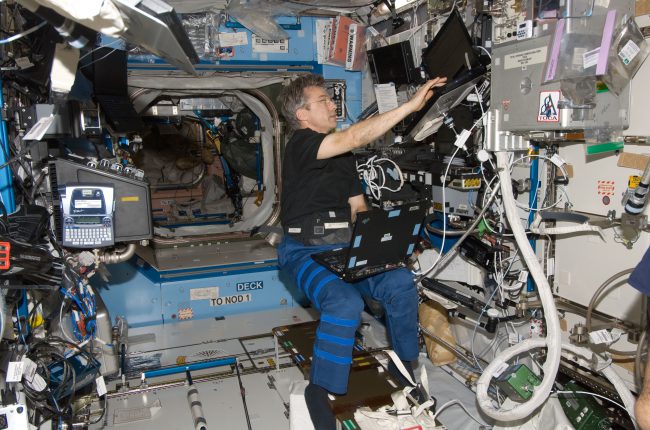 A month ago, a supercomputer SpaceBourne, developed by the joint efforts of NASA and Hewlett-Packard, arrived aboard the ISS in the cargo compartment of the cargo ship Dragon. It was created in order to find out how such high-tech equipment will behave in space after long overloads and possible software failures. The developers hoped for the best, but they had serious concerns about the computer being able to survive the shake after flying from Earth to the ISS. At some point they even suggested that the computer could not start, but he coped with the overloads, was able to boot up and still works.

Before the advent of a powerful supercomputer on board the ISS, there were only low-power notebooks that had seen their appearance, but now the cosmonauts will be able to use the fast and, as it turned out, hardy SpaceBourne. Previously, to perform complex calculations, they had to send large amounts of data to the Earth – they did calculations, and then sent the results back to the ISS. Now with this task on board the International Space Station will be able to cope on their own.

The main goal of the experiment is preparation for lunar and Martian missions, during which it will not be possible to replace the existing equipment with a new one. Therefore, the supercomputer SpaceBourne will test another year – this is how much it should work without turning off. In case of success, the developments used at its creation will be used as a basis for the development of new space supercomputers.