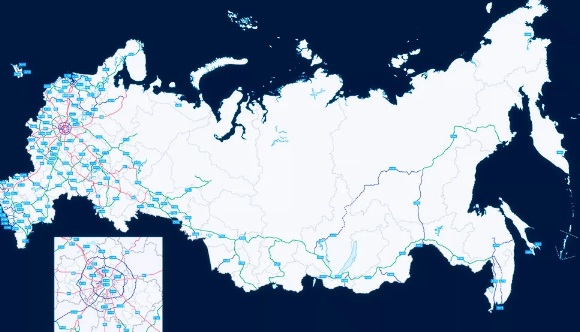 Chinese telecommunications company Huawei will work to equip highways in Russia with optical systems that support the use of autonomous vehicles.

The Memorandum of Understanding for the project was signed on Wednesday, October 7, by Vyacheslav Petushenko, Chairman of the Board of the state road company Avtodor, and Xiao Haijun, Huawei’s General Director for Eurasia.

According to Avtodor, the companies will work on equipping roads with “optical communication lines” to support automated control systems and “create an infrastructure for unmanned vehicles.”

They also ensure that drivers have access to mobile communications throughout the journey.

Russia is emerging as an important overseas market for Huawei, which is struggling to sell its 5G systems in Europe in the face of hostile US diplomacy and a ban on US technology.

Vasily Shpak, a senior official at the Ministry of Industry and Trade, said a Chinese company would be allowed to operate in the Russian market in exchange for a technology transfer.

Huawei has signed an agreement to start production in Russia of specialized server equipment based on Chinese processors.

Last year, Huawei announced plans to invest over $ 10 million in the development of the mobile services ecosystem in Russia. The company has pledged to spend about $ 8 million to promote 5G technology in Russia and train 10,000 specialists by 2025.

Huawei has also teamed up with Russian carriers to roll out next-generation networks and helped launch the first 5G test zone in Moscow.