Hubble has found a galaxy with a double kernel 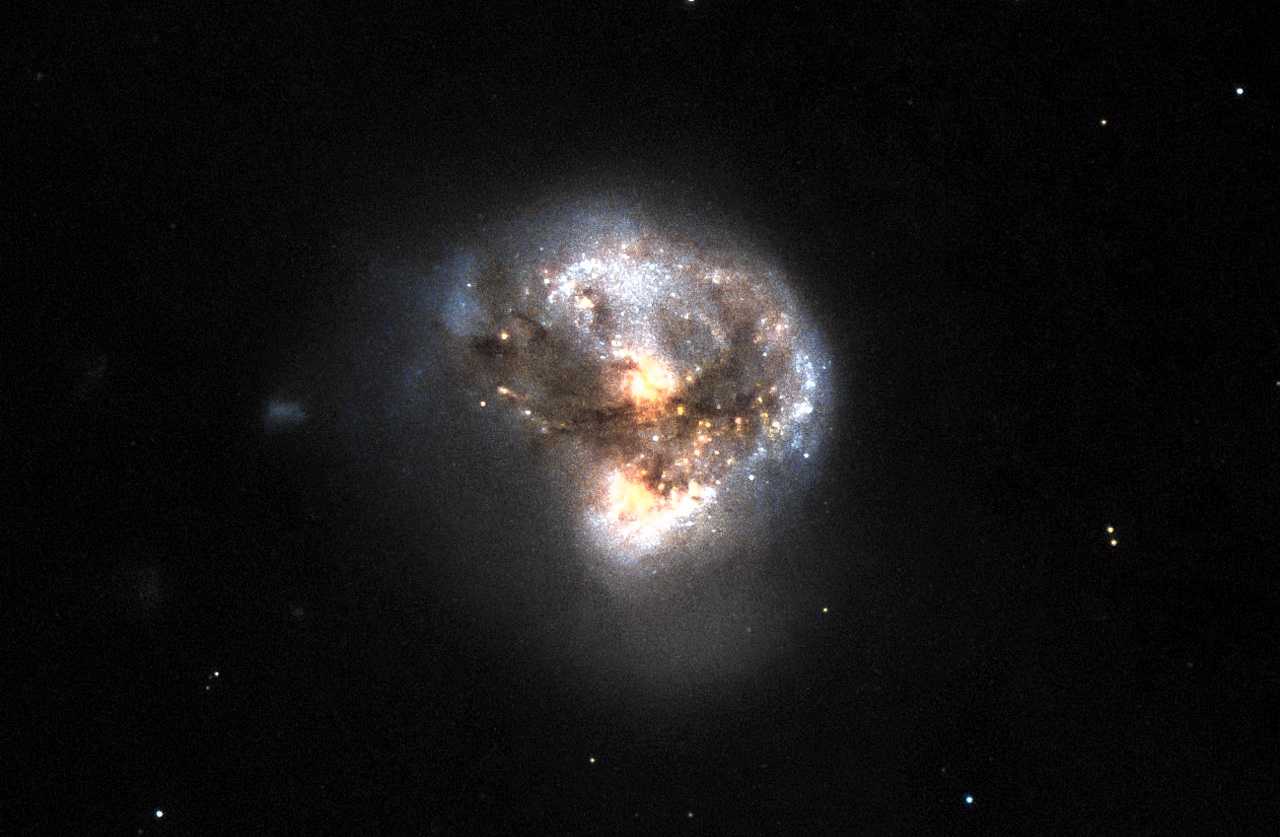 Some space objects can be sources of the coherent radiation in a radio-frequency range – “microwave lasers”, or just masers. Normally it is rather dense molecular clouds, however the Hubble telescope managed to watch a galaxy which serves as uniform enormous “megamaser”.

IRAS 16399-0937 is located in 370 million light years from Earth. The illustration shows its composite image made of several pictures made the Hubble space telescope in the different ranges: by means of the camera ACS in optical waves and by means of the camera spectrometer NICMOS in a short-range Infrared range.

Thanks to new observations of Hubble astronomers for the first time received so detail pattern of IRAS 16399-0937 and at once marked that the unusual galaxy has even more unusual “doubled” kernel consisting of couple of separate kernels which are in process of merge. One (IRAS 16399N) on an illustration above, second (IRAS 16399S) – below.

Partitioned by distance in 11 thousand light years, they are environed with the general cloud of substance and are absolutely unlike at each other. In the “southern” kernel (IRAS 16399S) there is the active star formation, and exclusively intensive. At the same time in “northern” kernel (IRAS 16399N) everything is perfect differently: it belongs to the LINER type, poorly radiating and containing a supermassive black hole which mass is estimated at 100 million mass of the Sun in center.