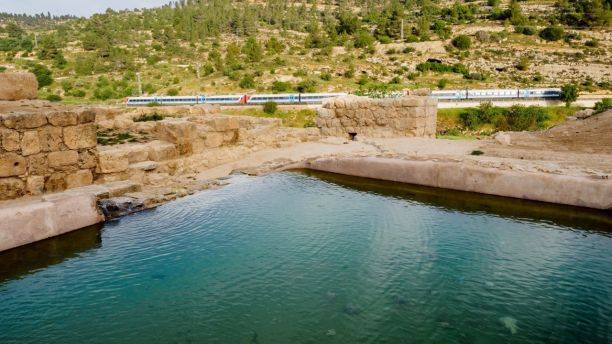 Israeli archaeologists have discovered a huge pool 1500 years old and an unusual fountain on the territory of an ancient church near Jerusalem.

According to the authorities, the pool is part of the pool system, opened in the park of Ein Haniya in the period from 2012 to 2016. According to the Israeli antiques department, built in the Byzantine era, the basins of the 4-6th century AD. Other artifacts found on site include a rare silver coin of the 4th century BC part of the pillar of the ancient church. Experts say that the church is typical of royal structures that existed during the First Temple between 960 BC. and 586 BC.

A large swimming pool, in particular, creates a lot of noise. “The most significant discovery in excavations is a large and impressive basin from the Byzantine period,” explained Irina Zilberbod, director of excavations, for the Israel Antiquities Authority. “This pool was built in the center of a spacious complex at the foot of the church that once stood here. The covered colonnades were built around the pool, which provided access to residential buildings. ”

Nevertheless, there are still many open questions about the mysterious basin. “It’s hard to understand what the pool was used for – whether it’s irrigation, washing, landscaping or, possibly, participating in the baptism ceremonies on this site,” Zilberbod said. She noticed that the water in the pool comes through a network of canals to the fountain. 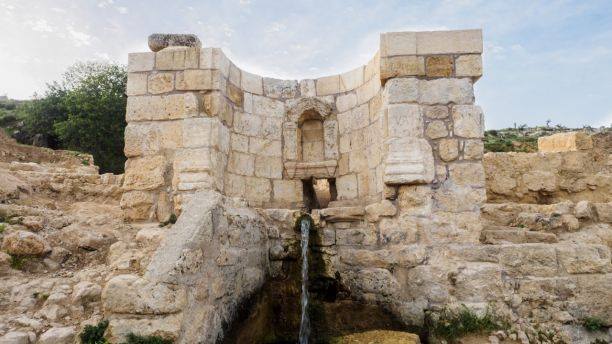 According to archaeologists, the fountain, as a monument decorated with images of nymphs, is the first of its kind in Israel.

Coins, pottery and glass found in Ein Haniya show that this place was active between the 4th and 6th centuries BC. The place was also associated with a story in the New Testament about the conversion of the Ethiopian eunuch to Christianity (St. Philip the Evangelist). “We believe that some early Christian authors identified Ein Haniyeh as the place where the Ethiopian eunuch was baptized, as described in Acts 8: 26-40,” said Archbishop of Jerusalem of the region Dr. Yuval Baruch in his statement. “The baptism of the eunuch by Saint Philip was one of the key events in the spread of Christianity. Therefore, the definition of the place where it occurred occupied scientists for many generations and became a common motive for the search in the Christian sphere. ”

Part of the place, said Baruch, still belongs to Christians and is the center of religious rites of the Armenian church (which owns the territory) and the Ethiopian church.

Archaeologists also believe that before the Byzantine era, Ein Haniya, perhaps, was a royal estate during the First Temple, as evidenced by the opening of the church.

The site of the excavation is one of many amazing archaeological sites in Israel, many of which shed light on early Christianity. Last year, for example, archaeologists discovered a stunning 1500-year-old Christian mosaic that was once in a church or in a monastery in the ancient coastal city of Ashdod-Yam. 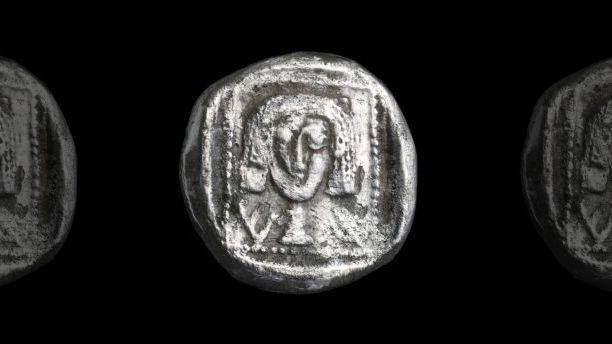 A rare silver coin from the 4th century BC, one of the most ancient ever found in the Jerusalem area. (Photo: Clara Amit, Israel Antiquities Authority)

Also in 2017, an ancient Greek inscription was found on the mosaic floor near the Damascus Gate in the Old City of Jerusalem. The inscription mentions the Byzantine emperor Justinian, who ruled in the Vlth century AD, and marks the foundation of the building by a priest named Constantine.