Huge clots of molten rock found in the Earth’s mantle 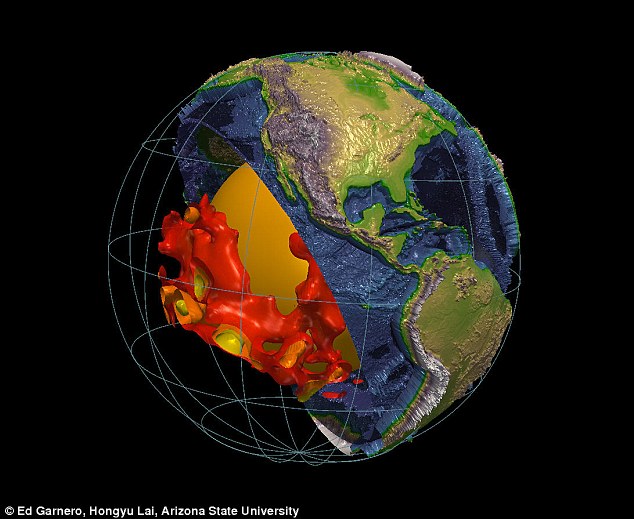 In the depths of the Earth, scientists have discovered two massive shapeless and huge structures, each of which is 100 times higher than Mount Everest.

A whole continent of these formations is at the top of the Earth’s core and 1800 miles below the surface. And now experts believe that this structure represents some other material than that contained in the rest of the mantle.

A team of experts asserts that these strange structures could shed light on how our blue planet was formed billions of years ago, and help to explain the mechanisms that drive volcanic eruptions and tectonic plate movements. The findings of scientists from Arizona state University described in the work published in Nature Geoscience.

These spots are located on opposite sides of the planet, with one hand below the Pacific ocean, and the second is under the Atlantic. Previously, experts believed that these objects, also known as “thermochemical piles” consist of the same materials as the mantle of our planet, although their temperature is a little higher. But now researchers claim they may have a different chemical structure.

A new study shows that the huge clots contain other materials, and perhaps even formed from the remains of the substance, which participated in the formation of the Earth over 4 billion years ago.

“While the origin and composition of the massive structures is still unknown, we suspect that they contain important clues about how the Earth formed and how the planet works today,” said Edward Garnero school of Earth and space exploration in Arizona state University.

Waves from earthquakes deep within the Earth show that seismic waves move slowly through these objects. It is believed that the substance of the mantle, which surrounds these structures from all sides, consists of colder rocks from the downward movement of the tectonic plates. 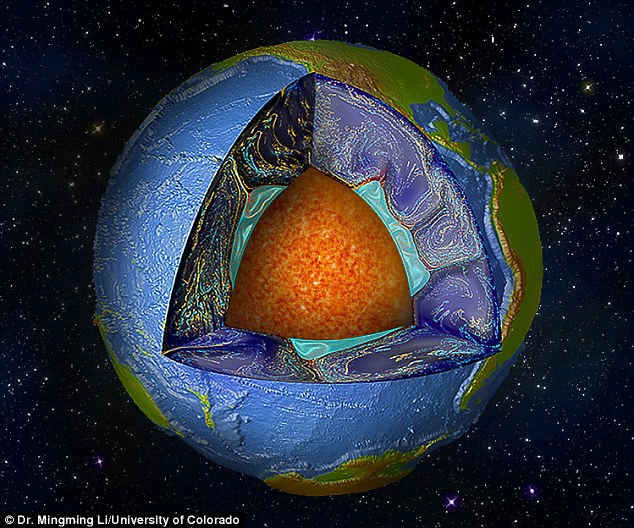 The researchers say they still have much to find and explore. However, the latest data today indicate that the structure of these clumps denser than the surrounding mantle materials. Along with this, the formations are dynamically stable and durable.

At the moment, research is ongoing, but experts hope that soon will know much more about the origin and composition of these unusual huge clots. “If the neurologist found unknown structures in the human brain, an entire community of scientists from psychologists to surgeons will actively seek the understanding of its role in the functioning of the entire system as a whole,” said Garnero.

“As to the thermochemical piles will attract more attention, we hope that other scientists will investigate how these features of the planet will help to unravel the mystery of the formation of the Earth,” is the sincere hope of the expert.