Huge hole on the coast of the USA: where the ocean flows away? 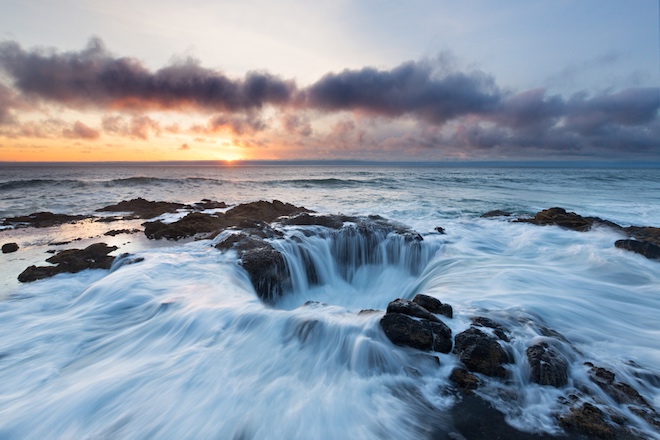 It seems that the Pacific Ocean flows away in a huge bottomless hole on the coast of Oregon (USA). The hole, rather big to absorb the big boat, looks as an element of an alien landscape.

But there is nothing to be afraid — the level of the Pacific Ocean remains the same. A hole which call the Well the Torah, and sometimes the Gate to hell, actually 6 meters in depth.

The surprising show attracts hundreds of tourists every year. During a surf water sharply pours out from a well that isn’t tired to surprise eyewitnesses.

Well the Torah which has probably been located on the cape Perpetua once sea cave. The top of a cave has collapsed, having formed a hole in the ocean.
The same delightful phenomenon under the name the Big blue hole is in the Central American state of Belize. Diameter of a hole which is very popular among divers — 300 meters, depth — 90 meters.