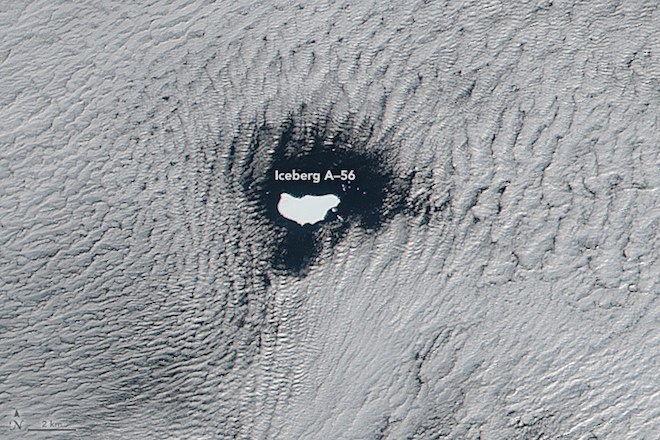 The satellite Suomi-NPP took this picture the low stratus the clouds framed the iceberg A-56, drifting in the southern part Of the Atlantic ocean. 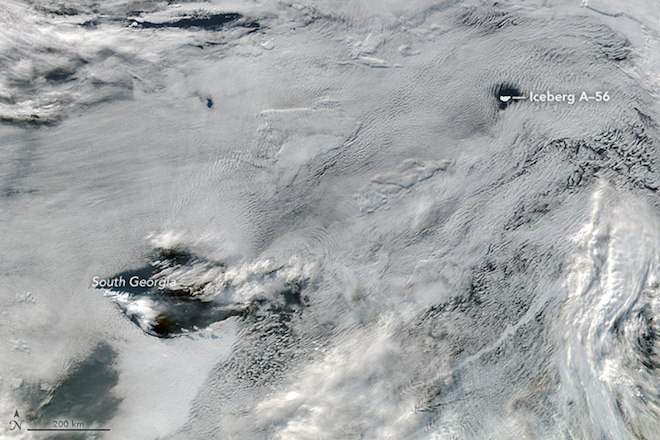 Measurements produced in may 2016, show that the length of the iceberg is about 26 kilometers, a width of 13 kilometers. This is about a third of the entire area of Moscow within the ring road.

On the basis alone satellite imagery can not say with certainty why over the iceberg created a “hole”. Usually, icebergs are moved slower clouds. One hypothesis is that movement clouds over the ocean surface was interrupted thermal instability, caused by the iceberg.