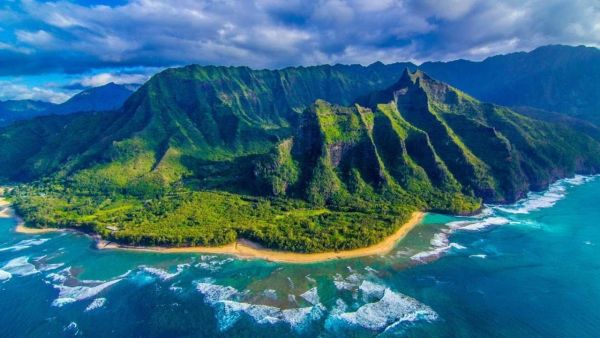 For a long time, hydrologists puzzled over the mystery of the island of Hawaii – for unknown reasons, there was much less water in its underground aquifers than it should be given the amount of precipitation. Now it has been solved: the study of the electrical conductivity of water at different depths off the coast made it possible to find whole underground rivers that emerge from the bottom at a distance of up to four kilometers from the coastline.

The findings are published in the American Association for the Advancement of Science (AAAS) journal Science Advances. The main author of the publication is Eric Attias, a geophysicist at the Hawaiian Institute of Geophysics and Planetology. Controlled Source Electromagnetic (CSEM) scanning was used to locate the island’s aquifers into the ocean. In fact, a 40-meter dipole antenna was towed behind the research vessel at a depth of about half a meter, emitting a signal at a frequency of one hertz. 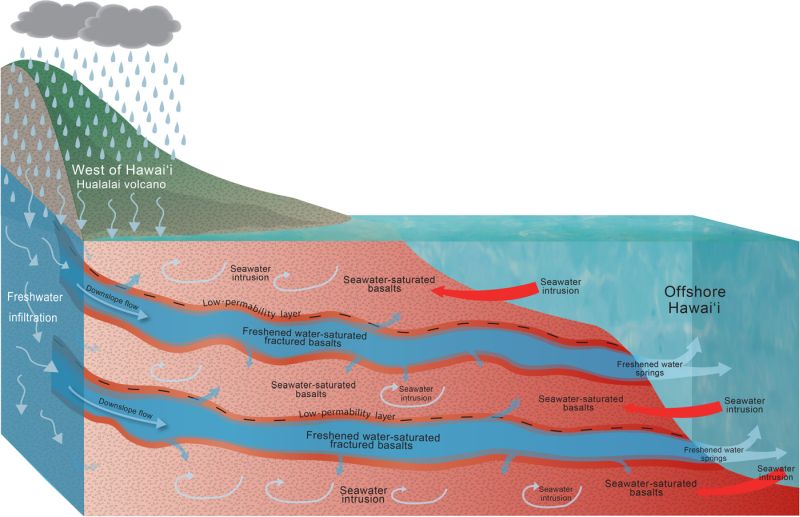 In total, experts collected data from a 200-kilometer route, which ran over an area of ​​40 kilometers in length and four kilometers in width. After processing the data, scientists found out that in the coastal waters of the island of Hawaii (aka “Big Island”, the largest in the archipelago) there are several layers with low salinity. Their only source may be underground rivers of fresh water emerging from the seabed. As a result of modeling and analyzing the picture obtained by the CSEM installation, the researchers calculated the volumes of water flowing out in this way.

The total volume of previously unexplored underground reservoirs in Hawaii is about 3.5 cubic kilometers of fresh water. They are located on several levels and extend from the Hualalai volcano to the sides for 35 kilometers. At least several of them in the form of underground rivers emerge from the seabed at a distance of up to four kilometers from the coast of the island. And a significant part of this volume of fresh water is in the rocks of the seabed.

The climate of the Hawaiian Islands is trade wind, and almost all of them receive a lot of rainfall. Some of the water is trapped by the soil, while the rest seeps through the volcanic rocks and fill the porous layers. The structural features of volcanic islands are such that the alternation of solid and water-retaining rocks can be repeated several times, up to a considerable depth (on the order of several kilometers). The discovery of this mechanism on the island of Hawaii suggests that large reserves of fresh water can also be found in similar geological formations in other archipelagos. This is quite important given global climate change and increasing periods of drought.