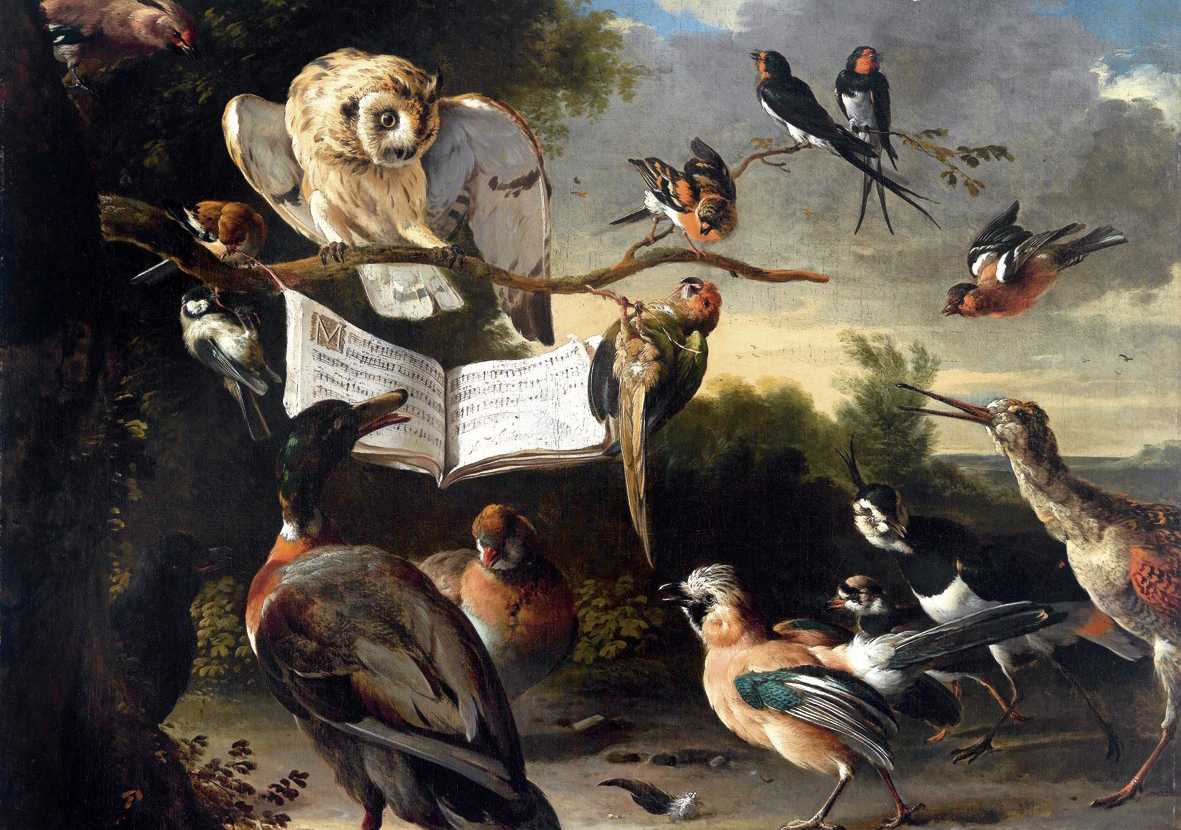 Specialists from the University of Stockholm have shown that the coding of neutral sequences distinguishes a person from other animals.

Despite similar strategies of social cognition (1, 2), cultural products (3, 4) and anatomy (5, 6), in normal human being, the person outnumbered other animals in terms of cognitive development. At the same time, the species-specific features of Homo sapiens thinking are still unknown. Usually the search for the latter is based on the study of information processing mechanisms. The systems of representation and coding, in particular memory, are much less often the subject of research. An example of a memory-dependent system is the language. Unlike communication tools of other taxa, speech implies a high ability to recognize and store successive stimuli – phonemes, signs and symbols, including tactile ones.

Recognition and memorization of sequences is available not only to humans. For example, in many animals a conditioned reflex can be formed-the acquired reaction to an initially neutral stimulus with the help of a significant one. Such learning, however, always relies on instincts: food is used as a reinforcement of the target behavior. An alternative is the development of coding skills for complex signals in natural conditions: echolocation or vocalization. But in this case, the quality of perception is determined by specific biological goals – for example, hunting and reproduction. While a person regularly operates and unimportant for survival incentives. 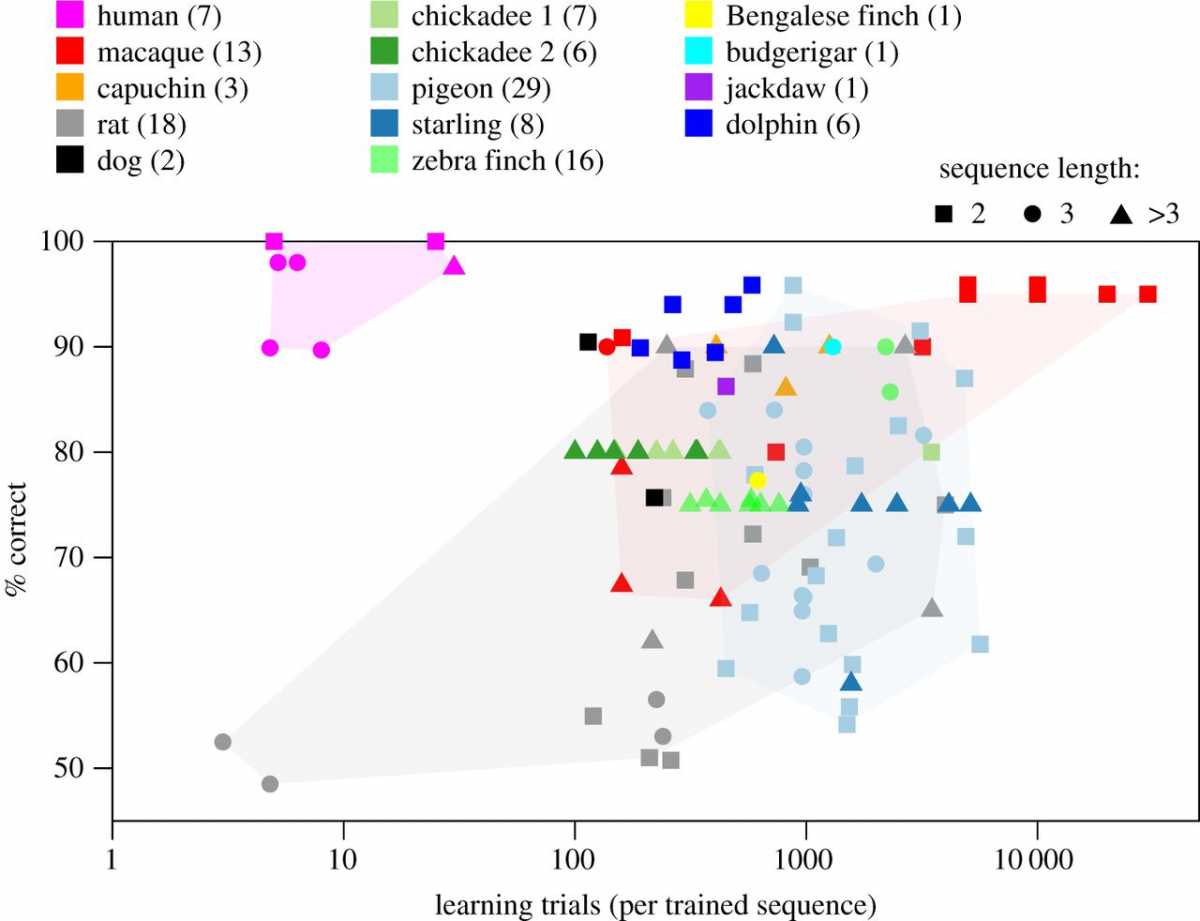 Relation of the accuracy of the task with the number of samples in different species. The geometry of the points corresponds to the length of the sequence / © Stefano Ghirlanda et al., Royal Society Open Science, 2017

To compare the ability to encode neutral sequences, the authors of the new work studied the results of 108 interspecific experiments, involving 14 species of birds and mammals, including humans. It is worth noting, the design of such studies provided for a number of assumptions. In particular, a number of them used stimuli that are not characteristic of human analyzers: syllables of bird songs, a series of light spots of different shades (color vision of pigeons exceeds human), sounds with frequency intervals of about 50 hertz (macaques can hear differences of five hertz). At the same time, people got acquainted with the task through language instructions – animals needed training.

When comparing the productivity of coding, scientists estimated the number of repetitions necessary to perform the task with high accuracy. The analysis showed that by this criterion a person is significantly ahead of other taxa. Thus, in order to learn how to peck the right key in response to the target sequence of sounds (composed of songs of its kind), it took 300-800 sessions, people – from six to eight, in order to learn the zebra amadin (Taeniopygia guttata). In experiments with Japanese macaques (Macaca fuscata), people mastered the task of distinguishing sounds after 30 samples against 400 in monkeys, and pigeons coping with a series of light spots after 1000 samples against 25 in humans.

The trend was confirmed by the mathematical model constructed by the authors. Among other things, it effectively predicted the dependence of the productivity of wild animals on the length of the sequences. According to scientists, this may indicate that other taxa code for a series of stimuli as unstructured engrams. The obtained data confirm that the high ability to encode successive neutral stimuli distinguishes a person from other animals.