If humanity does not begin to take measures to combat climate change before 2035, it will not be able to limit the growth of the global average temperature by two degrees Celsius – and the chance to stop the warming by 1.5 degrees is practically lost. A study with such conclusions is published in the journal Earth System Dynamics.

The average global temperature of the planet is now about one degree higher than the values ​​of the mid-19th century, the so-called pre-industrial period. The Paris agreement, adopted in 2015, suggests that, due to the limitation of greenhouse gas emissions, the temperature rise caused by anthropogenic impact on the climate will not exceed two degrees Celsius – this is considered a relatively safe threshold in which the consequences of climate change will not be so serious.

Henk Dijkstra from the University of Utrecht and his colleagues used climate models to determine the “point of no return”, after which it will no longer be possible to limit the warming. Standard climate models allow, in particular, to determine how the climate of the Earth will change depending on the scenario of human actions – how greenhouse gas emissions will be reduced or increased.

“In our study, we showed that for actions in the field of climate protection there are strict deadlines. We came to the conclusion that there is very little time left until the Parisian goals [1.5 and 2 degrees] become unattainable even with a sharp reduction in emissions, “said Dijkstra, quoted by the press service of the European Union of Earth Sciences . 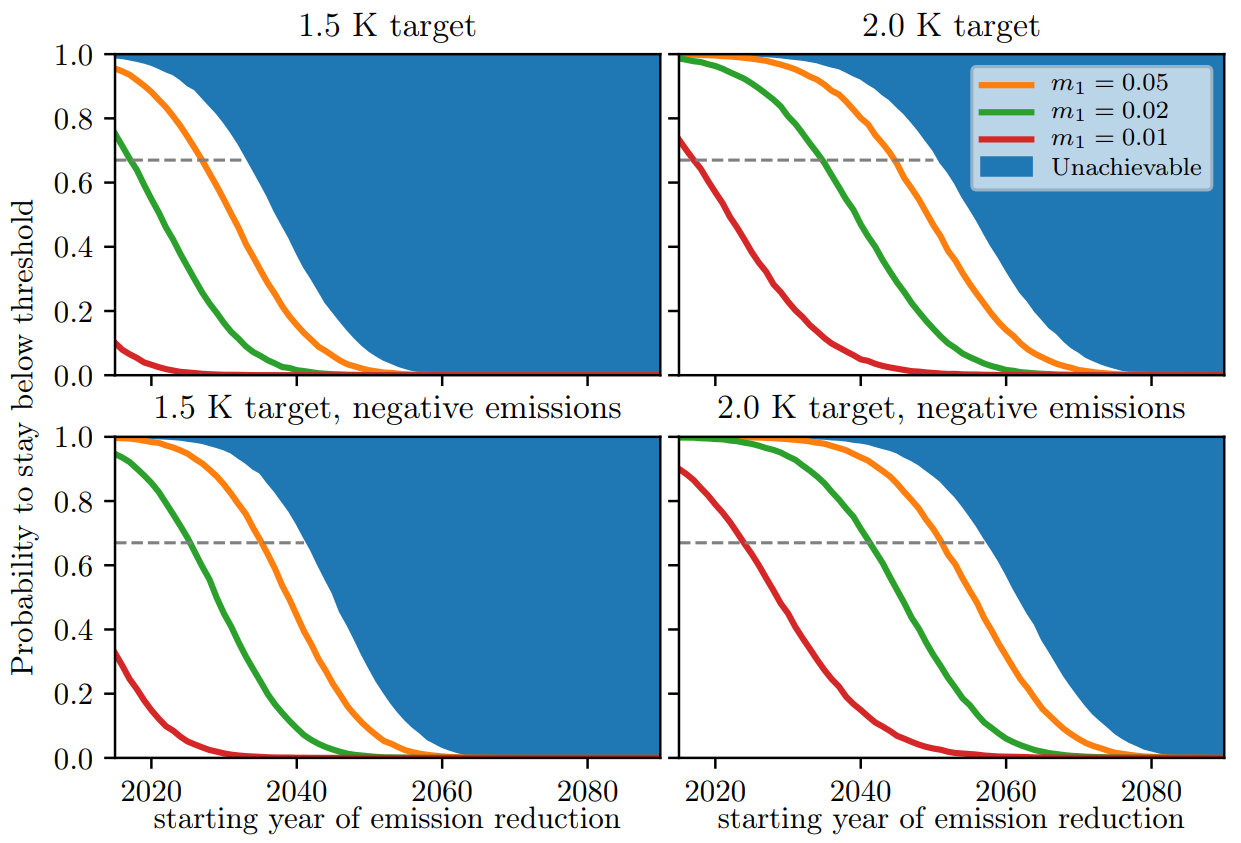 According to the authors’ calculations, if humanity will increase the share of renewable energy sources in the energy balance by two percent per year, it is necessary to start doing this until 2035 – then with a 67 percent probability, warming by the end of this century will be stopped at two degrees. If you act more decisively and add 5 percent of renewable energy per year, deadline can be postponed for 10 years. At the same time, the authors remind that over the past 20 years the share of renewable energy sources in the world has increased from close to zero only to 3.6 percent according to the BP report.

In order to limit the growth of the global average temperature on the planet to 1.5 degrees with the same probability, the moderate scenario for the growth of the share of renewable energy will no longer work, the authors write that for this purpose humanity will need to increase the share of RES by 5 percent per year from 2027. Negative emissions, that is, the removal of CO2 from the atmosphere, for example, by capture and burial of carbon dioxide, would help delay the deadline for 6-10 years, but so far such technologies exist only in the form of prototypes.

“If you increase the required probability [restriction of warming] to 95 percent, the point of no return for two degrees is shifted to 2022, and for one and a half degrees it is already passed,” scientists write. In their view, an understanding of the timeframes in which it is necessary to start acting will help politicians make the necessary decisions and bring humanity to a safe climatic trajectory. At the same time, they call their calculations optimistic, since they do not fully take into account the influence of other greenhouse gases, in addition to CO2.

Another group of researchers previously stated that even if humanity fulfills the Paris agreement, the average temperature on the Earth can still grow by another 3-4 degrees: changes caused by a “safe” level of warming can trigger other processes that will already be difficult or impossible to stop .