Humanoid robot was taught to do somersaults 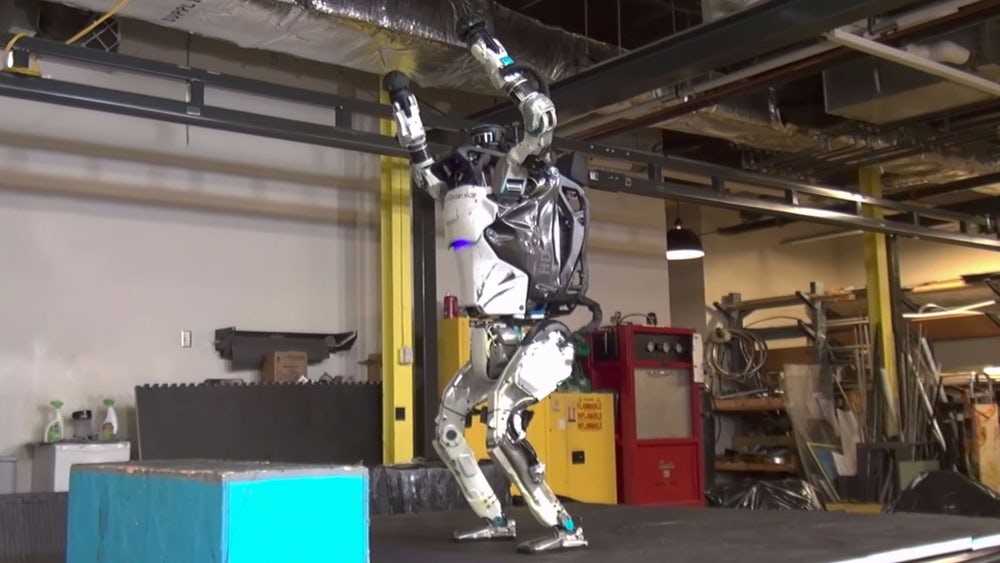 We are no longer surprised by robots that can walk, but what about robots that can do flips and perform other acrobatic stunts? The company Boston Dynamics in the new video showed an updated humanoid robot Atlas, which now can not only jump, but also turn in a jump, and also do a real somersault.

Recently, Boston Dynamics is actively working on its projects. Earlier this week, the company has already released a video that showed an optimized version of its four-legged robots SpotMini. These small robots move so smoothly that they seem to be alive. Now the company has demonstrated the latest model of its line of robots Atlas, which are capable of performing acrobatic tricks.

Not long ago, the Atlas robot, developed with the help of DARPA and demonstrated at the 2015 DARPA Robotics Challenge, impressed the audience simply because he could walk and climb the stairs without insurance. Then the company taught him to balance on one leg, clean his room and move around uneven areas in the open space.

Now Atlas moves as if trying to win the Olympics. In the video, the robot jumps onto the box, jumps over another box, then jumps to the floor, and then to the box is twice as high as the first two. This is already impressive, but after these jumps the robot jumps up and turns in the air 180 degrees. However, the robot’s capabilities are not limited to this. At the end Atlas demonstrated a high jump in which he could perform an ideal somersault with landing on the platform, keeping his balance and raising his hands in triumph.