Humans came to Earth from different parts of the universe 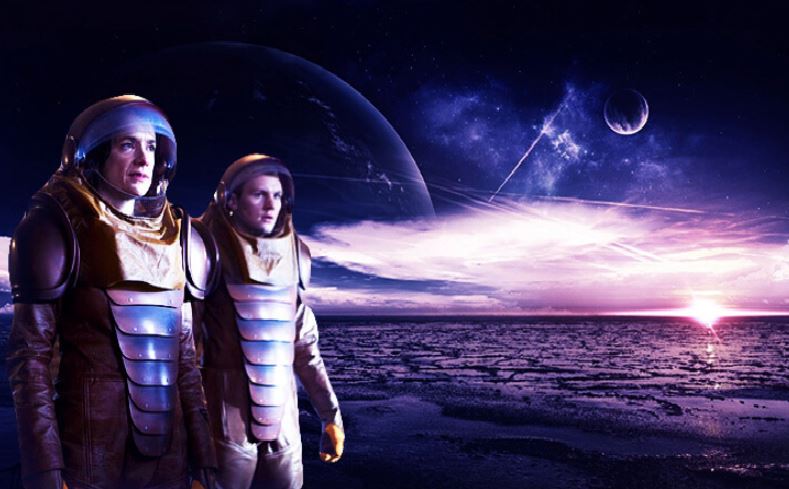 ﻿
The idea that humanity originated somewhere in the universe and migrated to Earth, as well as to other corners of the galaxy, may be true. Does that make us aliens on this planet? If so, where did we really come from?

Dr. Ellis Silver, has gathered some evidence pointing to the hypothesis of the origin of humans from another place in the universe.

In his book, Humans Not From Earth: A Scientific Assessment of the Evidence, he describes 17 arguments for why humans are not from Earth, and also reveals information about the place of origin and the alternative timeline of humanity.

An interesting aspect highlighted by Dr. Ellis Silver is the unique nature of human beings, which suggests that we were created somewhere in space, most likely on a low-gravity planet.

“Humanity is supposedly the most highly evolved species on the planet, yet it is remarkably ill adapted to Earth conditions: harmful sunlight, a strong aversion to natural foods, ridiculously high rates of chronic disease, and more.

Earth is meeting our needs as a species, but perhaps not as much as those who originally envisioned bringing us here.” Lizards can sunbathe as long as they like-and many of them do-but humans can’t do that.”

Did we really come from another star system or another planet?

“We are blinded by the sun, which is also strange; most animals don’t experience this.”

Other facts in the book suggest that chronic diseases that plague humanity, such as diseased spines, may prove that we evolved on a planet with low gravity. The doctor also addresses the fact that humans have an extra 223 genes, according to a study published by Dr. Francis Crick: “Joint research by a group of exoscientists shows that there are genes from more than 20 extraterrestrial civilizations in human DNA.

These exoscientists continued the work of Nobel Prize winner Dr. Francis Crick and other scientists in this field. The current findings are consistent with the reports of Professor Sam Chang, who released information about his own apparent findings related to the Human Genome Project.”

Dr. Silver believes that the human race possesses some peculiar traits that are clearly not of this world. According to him, the human body cannot find the perfect conditions to function perfectly.

“We are all chronically ill,” Dr. Silver says. “Indeed, if you can find a single person who is 100 percent healthy and not suffering from some (perhaps latent or unspoken) disease or disorder (the book provides an extensive list), I would be extremely surprised – I have been unable to find anyone.”

“I believe that many of our problems stem from the simple fact that our internal clocks have evolved to rely on a 25-hour day (this has been proven by sleep researchers), but the Earth’s 24 hours last only 24 hours. This is not the modern state-the same factors can be traced back throughout human history on Earth.”

At the opposite pole is Dr. Silva’s other theory, suggesting that if we reached Earth in spaceships, early humans may have interbred with another native species, thus giving rise to “modern humans.”

The most likely stellar system from which humans could have come is Alpha Centauri, the closest to our system.

“There is a prevailing feeling among many people that they don’t belong here or that something ‘just isn’t right.

“‘ This suggests that humanity may have evolved on another planet, and we got here as a highly evolved species.”

Another interesting idea from the book presents Earth as a prison planet, where a naturally violent species like ours is doomed to live until it learns to behave.