Humans with amplified intelligence could be more powerful than AI 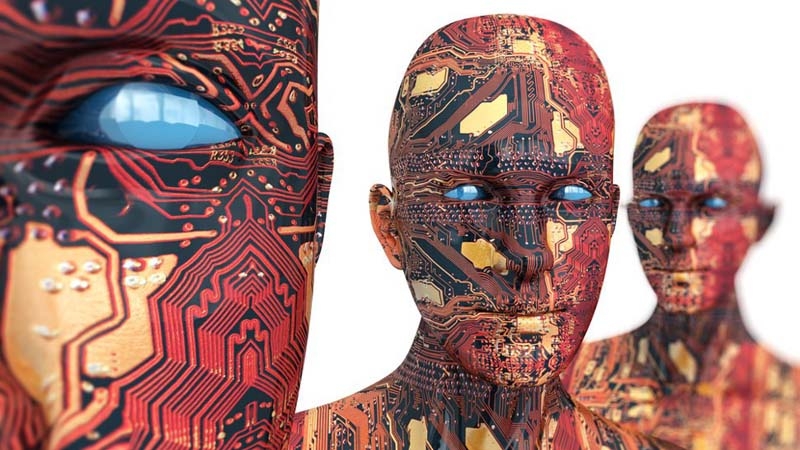 Despite universal attention to the development of artificial intelligence, in the world there are some people who believe that the potential of significantly improved human intelligence (MI) is much higher. Question about what comes before remains open, however, it is believed that a technologically advanced brain can be just as powerful (and frankly, as dangerous) as AI.

The human species has developed his thinking over many millennia. Or at least tried to do it. Trying to overcome their cognitive limitations, people have used everything, from writing, linguistic and meditative techniques to modern Neotropical.

Why instead of trying to develop a General artificial intelligence (AIS), or even artificial superintelligence (ISI), it would be better not to focus on the human brain and its still not fully-expanded potential? After all, a significant improvement of the mind, whether through genetics, Cybernetics or the external devices may lead to the same result that we expect from an advanced AI.

Portal Gizmodo decided to contact futurist Mikhail Anisimov, blogger portal Accelerating Future and a co-founder of the event, the Singularity Summit, and find out the likely prospects of development of directions of improvement of the human brain. Anisimov considers this question very seriously and believes that we should be wary of UI in the same way as AI.

The real goal of the direction of UI is rather the creation of a “super-Einstein”, people far smarter than any human that ever lived on Earth. And to achieve this goal, it will take a few key steps.

The first step is to create a direct neural connection with the information. Consider that we are talking about a sort of “telepathic Google search engine”.

Next will be the development of interfaces brain — computer, which will strengthen the work of the part of the brain responsible for visual perception. This will strengthen not only our vision, but also significantly improve the efficiency of information processing. Just imagine that you’ll be able to almost instantly create in your brain some elaborate scheme of object in detail or now you can learn the scheme by heart are seen in great detail. You will also need augmentation and other parts of the sensory areas of the cerebral cortex responsible for sense of touch and hearing.

The third step will consist in augmentation of the prefrontal cortex. It’s the Holy Grail of UI research — improving the efficiency of the perception and Association of sensory information into concepts. The end result is the emergence of people who are able to demonstrate practically impossible intellectual abilities. It is, for example, about the ability to control other people by force of reason, the understanding of all winning positions of the stock market, or, for example, the creation of inventions that can change the world virtually overnight. Now it may seem impossible just as it seemed impossible in our modern achievements in the eyes of the people of the stone age. But this possibility is real.

The human brain cannot really change too much. After all, he is the result of seven million years of evolutionary optimization and fine-tuning, which, I have to admit, went very well, considering its limitations. And attempts to “disperse” as a rule, lead to its failure, if we consider the issue at least from the point of view of the example effects, accompanied by meth addiction.

Chemicals unable to improve human cognitive abilities. And all that is in favor of the effectiveness of current “brain boosters” that actually looks extremely controversial and doubtful. To achieve real progress will require the use of brain implants connecting with millions of neurons. This, in turn, would require millions of tiny electrodes and a special control system to synchronize them all. Right now the most advanced interface design computer — the brain has at best about 1000 such compounds. In other words, you need more than thousands of times to increase the scale of modern development, in order to achieve something really interesting. Even if you take into account exponential growth, then it will take at least 15 to 20 years to achieve any results.

UI development is based primarily on progress in the development of nanomanufacturing. And the results of engineers working on interfaces brain — computer such as, for example, ed Boyden of the Massachusetts Institute of technology, is entirely dependent on the progress in this direction. Given the insignificant level of production technology at the atomic level, neoronova self-Assembly is the most obvious way to develop interfaces brain — computer with millions of electrodes. Neoronova self-Assembly, it should be noted, is not an atomically precise method of production, but it is quite accurate according to the standards underlying the production and photolithography.

What are the potential adverse psychological effects can occur in people with significantly improved intelligence? Can they all be considered as people with this point of view?

One of the most typical side effects will be insane. The human brain is an incredibly highly-tuned car. And any change in its mode of operation leads to the fact that we usually call “crazy”. There are many different types of insanity, much more than behavioural patterns at an operating common sense. For example, a hidden madness from the point of view of the external environment may appear to be quite a common behavior, so most likely we will be faced with the difficulty of identifying such individuals suffering from madness.

Even while maintaining complete sanity can manifest different side effects, including convulsions, status information overload, and possibly feelings of egomania and a complete alienation. Smart people tend to feel more alienated from the world around them, so the knowledge that you’re smarter than everyone on the planet will increase this effect many times.

Most very smart people are not very sociable and cheerful, like, say, the American scientist Richard Feynman or as a modern Neil Degrasse Tyson. Hemingway once said “an Intelligent man is sometimes forced to be drunk to make fellowship with fools.” What happens when intoxication is already insufficient to maintain the spirit of camaraderie and mutual affection? This can lead to the loss of compassion that will eventually lead to psychopathy.

It is very difficult to predict. There is a great desire that enhanced intelligence will appear before AI. A considerable merit in this desire are all these artworks and games in which the main character has such UI. However, it should be understood that a bias in favour of the TOU really is in no way easier working on it from the point of view of technological complexity. But personally, I think that UI will come sooner.

Anyway, both very difficult to implement. Perhaps we will not see neither one nor the other until the 2060’s, 2070 years or even later. But in the end both lines of development achieve their objectives. If you think about it, in the intellect now is not surprising, therefore, need to improve incredibly huge. And will probably need a global revolt of the Luddites (participants of the spontaneous protests of the first quarter of the XIX century against the introduction of machinery during the industrial revolution in England — approx. ed.) to stop the progress of technological development that will lead us to the desired results.

The main advantage of the choice of development path, the AI is incomparably cheaper and simpler development processes. AI on paper and in the code already developed. It only remains to correctly collect. However, the most significant studies of the TOU, in turn, are simply illegal. Serious studies of UI will require the use of very complex experiments on neuro-surgery and brain implants. Brain implants, in turn, can malfunction, causing seizures, madness or even death. The improvement of the human intellect from the perspective of the qualitative method of self-improvement is not just a matter of a few drunk pills to gain superpowers. Here really have to experiment with brain implants, if you want to achieve serious results.

Most of the research in this area is seriously controlled and incredibly expensive. All experiments involving animals is always expensive. For example, Theodore Berger worked on the implant for the hippocampus to restore and improve memory performance over many years. In 2004, the first test involving a live tissue, but since then, the news comes very rarely. Every few years, of course, the news comes some notes, but I am very skeptical of the end result. Now let’s see what level of development we have achieved in the development of artificial intelligence!

Amplified intelligence is seen as more unpredictable and uncontrollable compared to the heavy duty AI. And in the long term actually looks even more dangerous. I recently wrote an article, which is meditation on the theme of global political transformation, the trigger of which is the enormous power concentrated in the hands of a small group of people with MI or having exclusive access to molecular manufacturing. In it I coined the term “Maximilian”, meaning “best of the best” to describe a very influential leader, who himself uses technology superior intelligence to raise themselves above all others.

Key point of my argument in the article is that in the case of superior intelligence you have to deal with people, and people, as you know, imperfect. It may be that people with enhanced intelligence may, and will retain a certain level of human morality, but, most likely, will begin to use the power of your mind in hedonistic purposes and possibly even for genocide.

Artificial superintelligence, in turn, can create from scratch, and just be forced to follow its own set of motivations, which it will be laid) with the good inclination, stability, and bearing positive feedback.

Philosopher Nick Bostrom spent a wonderful analysis in his work “the Will of superintelligence”. The key idea in it is that selfish goals may not appear by themselves, if the system key tasks AI initially fundamentally is a set unselfish goals and if the very essence of being a car will be to maintain this selflessness. Evolution has shown that selfish goals play an important role in survival, especially when you consider the evolutionary constructive limitations of living organisms, but that does not mean that we are not able to program the selfless agents from scratch?

Thirdly, we need to develop quick way of testing many of the theories on the functioning of the brain. Ed Boyden calls it “high-capacity screening scheme of neural networks”. The most appropriate and obvious solution to this problem could be to somehow create a human being without consciousness and experimentation on it without a twinge of conscience and moral dilemmas. But I have a feeling that this idea will be hostility perceived by most ethics committees.

If this is not possible, we need to find a way to create unprecedented detailed models of the human brain. And we are not talking about today’s serious attempts of the project “modeling the brain” around which so much hype. We are talking about unprecedented new level, to achieve which we can not until 2050-2080 years. Oxford analysis shows that it is more of a 2080-ies. It looks all right now, of course, guesswork, but still is closer to reality.