Hummingbirds have more flowers than all other birds combined. 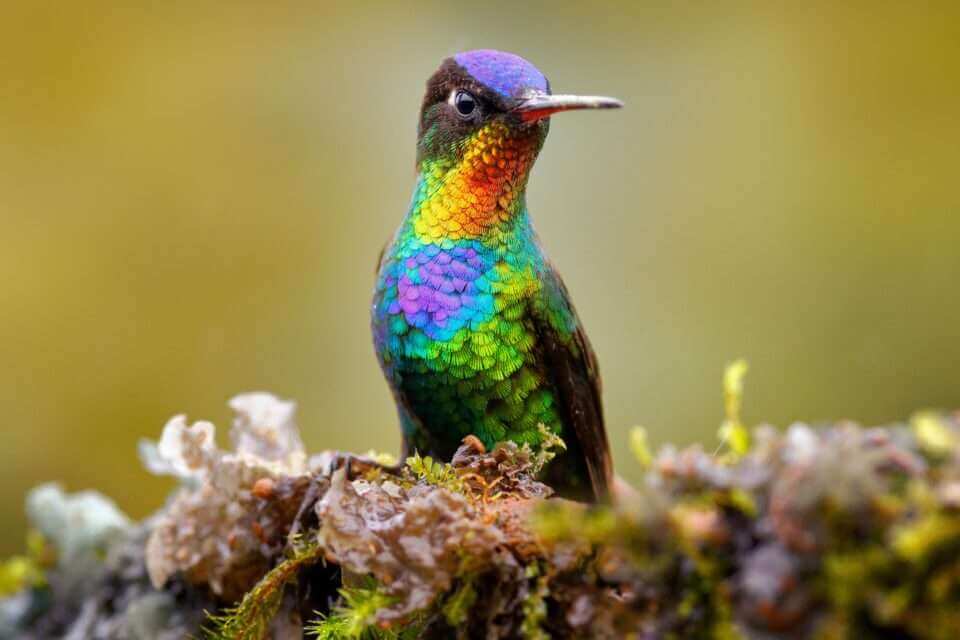 Birds have extra cones in their retinas that allow them to see ultraviolet colors invisible to humans. A new Yale study has found that when it comes to the colors seen by birds, hummingbirds have a diversity of plumage that exceeds all known colors of all other bird species combined. Experts report that their discovery increases the total number of plumage colors known to birds by 56 percent.

Professor Richard Prum is an ornithologist who has spent years studying the nanostructures that give birds their colorful plumage. He was surprised by what he found in the hummingbird.

“We knew that hummingbirds were colorful, but we never thought they could compete with all other birds put together,” Prof Prum said.

For the study, study lead author Gabriela Venable collected data on the wavelengths of light reflected by the feathers of 114 hummingbird species. These data were compared with colors found in 111 other bird species, including parrots and penguins. Based on what they know about birds’ visual abilities, the researchers were able to determine plumage colors as seen by the birds themselves.

“Colour has many functions in animal life, including sexual and social communication, crypsis, aposematism, thermoregulation, and more. The phenomenon of animal coloration involves a cascade of physical and biological events, from the transmission of ambient light through the animal’s habitat and onto its body , interactions with pigments and optical nanostructures in the animal’s skin, and reflection back to the environment,” the study authors write.

The sensory component occurs when this light passes through the eye of another individual and is absorbed by eye pigments, which ultimately leads to color perception.” The field of sensory ecology includes studies of all aspects of this cascade of phenomena. Colors found in hummingbirds include rich blues, blue-green and deep purple hues that are most diverse on the crown and throat of animals, these body parts play a key role in mating displays and social interactions.

“Watching a single hummingbird is quite an unusual sight,” Prof Prum says. “But the combination of versatile optical structures and complex sexual displays makes the hummingbird the most colorful bird family.”