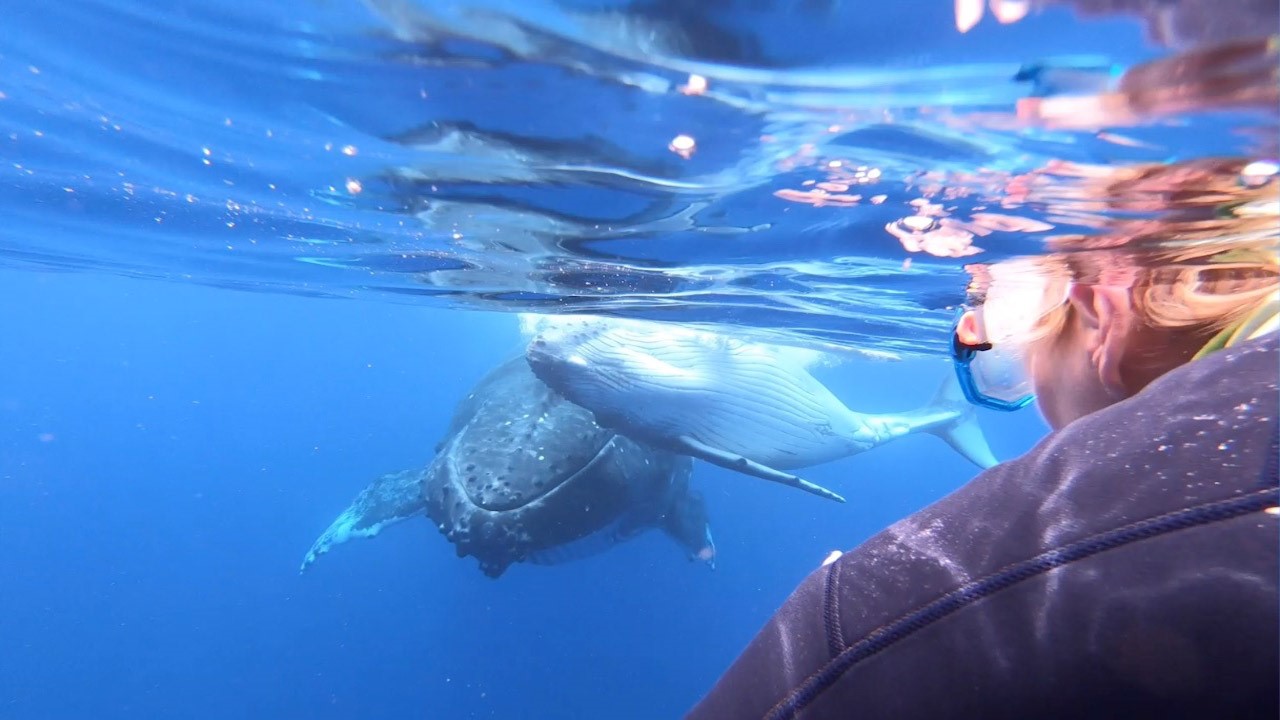 California tourists managed to record a rare underwater video near the island of Moorea in French Polynesia.

Swimming with a mask and snorkel, they noticed a female humpback whale and her whale, which swam very close by. A curious kitten swam closer to the divers.

There was no more than a meter and a half between humpbacks and people, says 68-year-old Charmian Redwood, who came to the Society Islands archipelago in the Pacific Ocean specifically to watch these animals.

Earlier, a video appeared on the Web in which four humpback whales surrounded a tourist boat in Sydney Harbor and escorted it for several minutes.