Humpback whales learn songs from each other 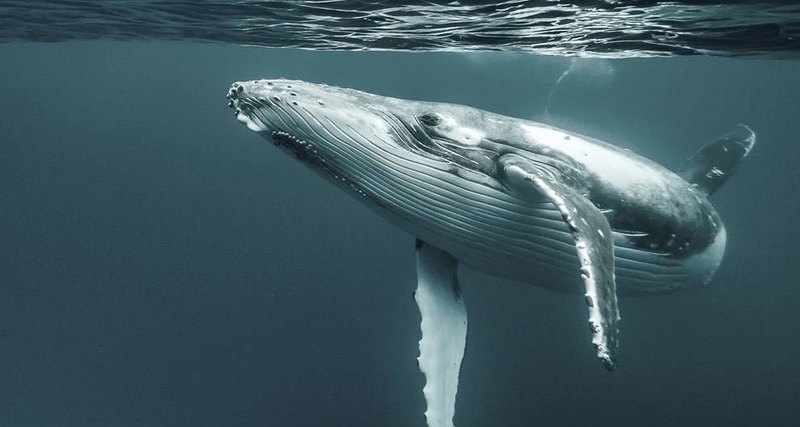 Such a conclusion was made by marine biologists after studying the vocal repertoire of two whale populations in the south of the Indian and Atlantic oceans. True, the details of the “lesson schedule” still remain a mystery to us.

The humpback whale (Megaptera novaeangliae) lives in almost all oceans, except the coldest areas of the Arctic – the Kara Sea, the Laptev Sea, etc. In the summer, whales migrate to the polar waters and go to the tropics for the winter. Because of this, the northern and southern populations are little in contact.

The length of seasonal humpback humpback can be up to 8 thousand km, which makes it one of the most unrestricted animals on Earth. At the same time, it is one of the most leisurely whales – the speed of its movement rarely exceeds 15 km / h, and only among the individuals injured by whalers 27 km / h were recorded for this species.

The fact that these whales make melodious sounds, some of which are in the range we hear, was discovered by researchers in the 1970s. Basically, males are distinguished by singing talent, and the culmination of their performances falls on the period of the struggle for the location of females.

In 1996, it was shown that different populations of whales, rarely touching firsthand, can exchange musical ideas, influencing each other’s repertoire. This observation was made on the example of whales living off the east and west coasts of Australia. As you know, the sound in the water spreads far, sometimes – very.

The authors of the present study studied the recordings of songs of humpback whales on both sides of the African continent — from the shores of Gabon and Madagascar respectively — in 2001–2005. recorded over 1,500 individual “arias”. Their similarities were quantified using statistical methods.

Males of humpback whales are among the most remarkable singers of the animal world, and individual animals sing complex compositions consisting of moans, screams and other vocalizations, called “song units.” Those are compiled into larger phrases that are repeated, forming “themes”. Different themes follow each other to form a cycle of the song, which is then repeated for several hours or even days. For the most part, all males within the same population sing songs of the same type, and this similarity is stable.

It turned out that both groups used common phrases and topics, and in some years their similarities increased. At the beginning of the study, whale populations in both places used five “themes”. One of the common themes, however, had differences. The researchers found that the Gabonese version of “Theme 1” consisted of a downward “scream”, while the singers from Madagascar divided “Theme 1” into two parts: a downward scream, followed by a separate phrase.

Other differences appeared over time. By 2003, the song whales sang in Gabon became more complex than their counterparts in Madagascar. In 2004, both types of songs for the population shared the same theme: whales in the waters of Gabon sing three additional themes. Interestingly, both whale groups rejected the same two themes from the song types of the previous year. By 2005, the songs that sang on both sides of Africa were largely similar: the whales sang songs in both places with the same themes and order.

The fact of the mutual influence of two very remote populations is obvious, but its implementation is not yet clear. From Madagascar to Gabon is very far. It can be assumed that animals are found off the coast of Antarctica, but the reasons for temporary changes in the “cultural influence” are still unclear.

Read the details in the article published by scientists in the Royal Society Open Science. And we wrote about whales of the same species not so long ago.