Humpback whales were the saviors superheroes 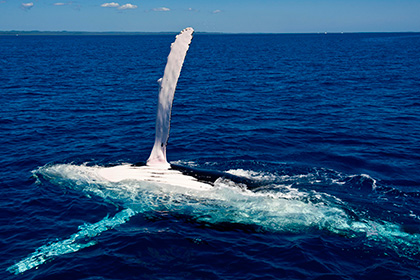 Scientists stumbled upon a rare manifestation of interspecies altruism: humpback whales save the seals from predators-killer whales. On the implementation of the story “the Fox and the hound” in real life, reported in the journal Marine Mammal Science, and briefly about it tells Science News.

Zoologists have studied the 115 known cases of attacks whale a killer whale, trying to explain the motivation first. In 90 percent of cases, the victims of killer whales was other animals, indicating that altruistic desire to protect Humpbacks “strangers”.

Killer whales often attack cubs, humpback whales, however, adults are too strong opponents for them. Apparently, attacking predators, the humpback whales are also guided by the instinct to protect the baby — although in many situations suffer not their own offspring, and the animals of other species.

“I think they follow a simple rule: if you see the whale on someone attack, intervened. Although mutual benefit and kin selection can explain the collective protection of all cubs group whales-Humpbacks brings no obvious benefits to the protection of other animals from killer whales. It is impossible to exclude inter-species altruism, intentional or unintentional,” concludes study leader Robert Pitman (Robert Pitman).